City University of New York lays off 2,800 adjuncts in wave of austerity

If you’re a faculty member, worker, or student at CUNY and are interested in speaking out on these cuts and their effects, please get in touch with us at educators@wsws.org

The City University of New York (CUNY) has laid off thousands of adjunct faculty and slashed hours and pay of part-time staff this week as part of a sweeping wave of austerity measures that include hundreds of classes being cut, class sizes expanded, and student tuition increased. These actions will have a devastating effect on the largest urban university system in the US, forcing faculty, students, and staff to bear the brunt of the current pandemic-triggered state and city financial crisis. 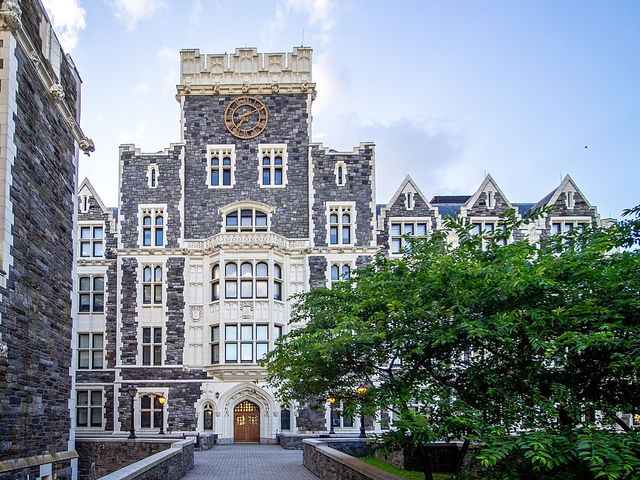 After being extended twice, the June 30 reappointment notification deadline saw the layoffs of 2,800 adjunct faculty, approximately 25 percent of CUNY’s adjunct workforce. A CUNY spokesperson attributed these unprecedented layoffs to a “fiscal outlook [that] is dim and uncertain.”

As a result, the hundreds of adjuncts who qualified for health insurance through CUNY will lose their health benefits in the middle of a pandemic. Of note, CUNY is reported to have suffered more coronavirus deaths than any other university system in the country, with at least 38 fatalities.

This week also saw an attack on the jobs of CUNY’s part-time staff, who received reappointment letters sent out with only 36 hours’ notice, notifying them of a reduction of up to 40 percent of their hours and pay rate starting July 1, and giving no guarantee of employment beyond the month of July.

In addition, CUNY colleges are reducing course offerings by up to 25 percent, resulting in hundreds of courses being cut for the 2020-21 school year, which will undoubtedly increase class sizes. Online courses, which are difficult to teach with many students, will become overcrowded. If in-person classes resume, large class sizes will pose immense health risks for faculty and students.

Further placing the burden of the pandemic on the working class, CUNY’s Board of Trustees is also moving forward with an annual student tuition increase totaling $320.

These attacks on the most vulnerable workers and students at CUNY are all the more provocative as the top salaried positions remain untouched. CUNY’s Chancellor Felix Matos Rodríguez earns a staggering $670,000 a year with a monthly housing stipend of $7,500. At the June 29 CUNY Board of Trustees meeting, enormous salaries of four new college presidents were approved: $320,000 for Dr. Berenecea Johnson-Eanes of York College, and $275,000 each for Dr. Anthony Munroe of Borough of Manhattan Community College, Dr. Christine Mangino of Queensborough Community College, and Kenneth Adams of LaGuardia Community College.

The widening gap between faculty and top administrators mirrors processes taking place in society more broadly. Tens of millions of Americans are out of work, struggling to afford education, health care, food and housing. Meanwhile, unlimited resources have been handed over to the banks, hedge funds and major corporations to prop up the stock market and ensure that the wealthy are made whole.

The Professional Staff Congress (PSC), which nominally represents 30,000 CUNY faculty and staff, has filed a lawsuit in response to the layoffs. The lawsuit seeks to make CUNY, which received $132 million in funding for institutional expenses from the federal CARES Act, comply with the CARES Act to “honor its promise to, to the greatest extent practicable, continue to pay its employees during the period of any disruptions or closures related to the coronavirus pandemic.”

The PSC has no intention of leading a real struggle against mass layoffs. Even their lawsuit gives CUNY room to justify the layoffs by classifying them as a last resort, on the grounds that avoiding layoffs is not “practicable.”

Unions, especially the PSC-affiliated American Federation of Teachers (AFT), have played an instrumental role in shutting down and betraying workers strikes, including the wave of teachers struggles that erupted over the past two years. In strike after strike, the union apparatus consciously isolated each struggle, forcing through contracts in the interests of management, while upholding the authority of the corporate Democratic Party.

Mirroring this phony opposition, New York Democratic Rep. Alexandria Ocasio-Cortez recently sent a letter to CUNY’s Chancellor and Board of Trustees, writing, “While we are painfully aware of the budgetary crisis facing the City and State, we believe that the CUNY administration should pursue every alternative before even considering major budget cuts.” Nowhere does the letter state that cuts and layoffs are unacceptable, but puts them on the table if they are deemed necessary by the administration behind closed doors.

However, this response by the union and Democratic politicians cannot be seen merely as weak. The Democratic Party and its trade union backers have collaborated with Republicans to implement the wave of austerity measures currently sweeping the country. The corporate bailout in response to the pandemic, which funneled trillions to Wall Street and big business, was passed unanimously by both parties of the ruling class, intensifying the transfer of large sums of wealth to the top. States, cities, hospitals, schools, and other social services face insurmountable debt, with insufficient funding resulting in massive budget cuts and layoffs.

No illusions can be placed in the Democrats to carry out any type of progressive reforms. New York City, led by a Democratic mayor, is home to Wall Street and 113 billionaires, more than most countries in the world, and contains enormous social inequality. At CUNY, 42 percent of incoming freshmen come from households with incomes of $20,000 or less. A recent report by the New York City Council on the conditions CUNY students are facing during the pandemic found that nearly 40 percent of students lost their jobs, 18 percent have gone hungry, and 55 percent face housing insecurity.

To carry forward the struggle against the layoffs and education cuts at CUNY, workers and students must unequivocally assert their own class interests. As a starting point, they must demand:

CUNY faculty and staff, along with students, must orient themselves toward the broader working class and youth who are coming into struggle against the capitalist system. Across the city, transit workers, K-12 educators, and municipal employees all face massive austerity, compounding the deadly conditions of the pandemic. These conditions are mirrored across the US and internationally, as the pandemic has impacted the entire global economy.

To carry forward this struggle requires a complete break from the straitjacket of the trade unions, which at every turn isolate and sabotage workers coming into struggle. Rank-and-file committees must be organized to link up with other sections of workers and youth, fighting for a program based on the fundamental needs of the working class. This, above all, requires a political fight against the capitalist system and for socialism.

Oppose all public education budget cuts, layoffs and the unsafe reopening of schools! For a socialist program to fully fund and vastly expand public education!
[23 June 2020]