Australian universities unveil job cuts of up to 30 percent

Assisted by the role of the National Tertiary Education Union (NTEU) in continuing to push through historic cuts in jobs, wages and conditions, Australian university managements are unveiling plans to intensify their offensive, eliminating thousands more jobs.

In line with the demands of the federal government and the corporate elite, the employers are exploiting the fallout from the global COVID-19 pandemic to demand further pro-business restructuring.

There was outrage by staff at the University of Sydney last week, after it was revealed that all departments have been asked to plan scenarios to cut full-time jobs by up to 30 percent next year to deal with the pandemic’s impact, which the management now admits will worsen next year.

With a workforce of about 9,000 full-time equivalent jobs, a 30 percent cut would slash 2,700. But many more people would be affected because the university employs a high proportion of part-time and casual workers, hundreds of whom have been cut already. 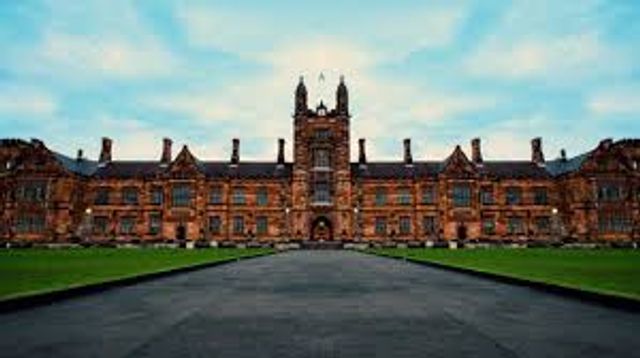 The University of Sydney

In an email last Wednesday, the head of the university’s School of Education and Social Work, Deb Hayes, said Arts and Social Sciences dean Annamarie Jagose had asked her to propose “how we might restructure to reduce by up to 30 percent FTE (full-time equivalent jobs).” Hayes suggested that one scenario would be for academics to take one day’s leave without pay each week.

In a bid to quell staff anger the management denied any final decisions had been made, but similar “scenarios” are being drafted across the university. The NTEU also sought to head off unrest by claiming that its enterprise agreement with the university would protect jobs, even though that agreement permits restructuring and retrenchments provided there is consultation with union representatives.

A hastily-called meeting, joined by more than 200 Faculty of Arts and Social Sciences workers last Thursday, committed to fight the cuts, possibly including by industrial action. But the motion put to the meeting offered no alternative perspective except to call on the management to borrow money on the basis of the university’s significant assets.

That call leaves unchallenged the underlying agenda of accelerating the decades-long transformation of universities into corporatised and casualised facilities serving the vocational requirements of the corporate elite. It echoes similar NTEU pleas at other universities for managements to sell off assets and axe jobs only as a “last resort.”

During the meeting, one professional staff member pointed to the wider cuts and restructuring throughout the universities in Australia and globally. He explained the culpability of governments and big business for their profit-driven response to the pandemic, and their bailouts of the corporate elite. He raised the necessity therefore to fight for the reorganisation of society on a socialist basis to meet social needs, not boost private profits.

The next day, the need for that perspective was highlighted when Melbourne’s RMIT University announced that it had eliminated 355 jobs via so-called voluntary redundancies, on top of the destruction of hundreds of casual jobs in April. A spokesperson said the measures would save $48 million and foreshadowed further cuts, saying the university’s revenue would fall by $175 million in 2020 alone.

Earlier in the week, Sydney’s Macquarie University told its staff that forced redundancies would follow if proposed “voluntary” redundancies failed to meet an expected a $175 million revenue shortfall this year, and an even bigger loss next year. This would mean eliminating between 600 and 1,000 full-time equivalent jobs.

The email from Macquarie’s vice chancellor also announced a “strategic alignment” of its academic workforce, including increased use of the “job families” scheme. This scheme, which forces targeted academics to devote 80 percent of their workloads to teaching, with no time for research, was imposed by the NTEU in its 2018 enterprise agreement despite significant opposition from academic staff.

Two weeks ago, Victoria’s La Trobe University launched a second round of voluntary redundancies following the axing of 239 jobs in an earlier round. It told staff it plans to cut costs by 20 percent and reduce the range of academic disciplines it teaches.

Remaining staff will be expected to lift their productivity by 20 percent as the ratio of full-time students to full-time staff member is lifted from 8.7 to 10.5. This was after a majority of staff voted, at the NTEU’s urging, to take salary reductions, supposedly to limit job losses.

In a draft 10-year strategy for 2020 to 2030, the La Trobe management said it may lose up to 25 percent of revenue by the end of next year and would resort to more online teaching. “We will be a smaller institution measured by revenue, staff and students for the foreseeable future,” the draft strategy stated.

In the same week, Melbourne’s Victoria University revealed a plan to cut up to 190 jobs. Vice-chancellor Professor Peter Dawkins said the number of positions lost would depend on staff’s willingness to accept a pay-cutting variation to their enterprise agreement.

These losses came in the wake of those at other Melbourne universities, with the University of Melbourne to lose 450 full-time positions and Monash University to shed 277 jobs despite Monash workers accepting an NTEU proposal to cut wages.

Universities Australia, the employers’ body, previously projected that the higher education sector would lose up to 21,000 jobs this year alone. That is now an under-estimate because of the pandemic’s resurgence since July, particularly in the state of Victoria.

In response, the NTEU has stepped up its collaboration with university managements, policing cuts to wages, jobs and basic conditions. It has defied the opposition of union members in May that triggered the collapse of the union’s “national framework,” which volunteered wage cuts of up to 15 percent and still accepted the loss of 18,000 jobs.

The NTEU and its allies are also trying to divert the outrage of university workers and students into a parliamentary petition campaign. They are appealing to right-wing senators to block the Liberal-National government’s latest student fee hikes and funding cuts on the basis of arguing that universities make a valuable contribution to Australian capitalism. This campaign buries the record of successive governments in cutting billions of dollars from the public universities, starting with the last Greens-backed Labor Party government of 2010-2013.

These bitter experiences demonstrate that university academics, staff and students can defend jobs and fight for free, high-quality education, only through a rebellion against the NTEU and all the other pro-capitalist unions and the entire political establishment.

The Committee for Public Education (CFPE) and the International Youth and Students for Social Equality (IYSSE) have jointly called for the formation of independent rank-and-file committees to prosecute a genuine industrial and political struggle against all the union-enforced attacks.

That requires challenging the capitalist profit system and turning to a socialist perspective based on the total reorganisation of society in the interests of all, instead of the financial oligarchy. We urge all university workers and students who want to take forward this fight to contact us.