The exposure of a plot to assassinate Michigan Governor Gretchen Whitmer has uncovered the existence of a nationwide underground far-right terror network. Trump is plotting an attempt to ignore the results of the election on November 3 and use fascist forces in a bid to stay in power.

The militias are also the spearhead of the ruling class’ policy of “herd immunity.” They are being mobilized to threaten violence against officials responsible for implementing even the most mild lockdown measures in order to force the entire country back to work.

The US Justice Department announced a superseding indictment against six men who were previously charged with felonies in the plot to kidnap and execute the governor of Michigan.

The numbers show that closing schools for spring break immediately blunted the skyrocketing trajectory of the pandemic in Michigan. At the same time, keeping factories, workplaces, nursing homes and restaurants open resulted in a continued increase in the spread of COVID-19 in those settings.

Whitmer and Biden refuse to fight surging pandemic in Michigan

The comments by Ron Weiser, the co-chair of the Michigan Republican Party, are a warning that the GOP is encouraging violent attacks on political opponents, in the wake of last year’s plot to kidnap and murder Governor Gretchen Whitmer.

Trump adviser calls for people to “rise up” against coronavirus restrictions 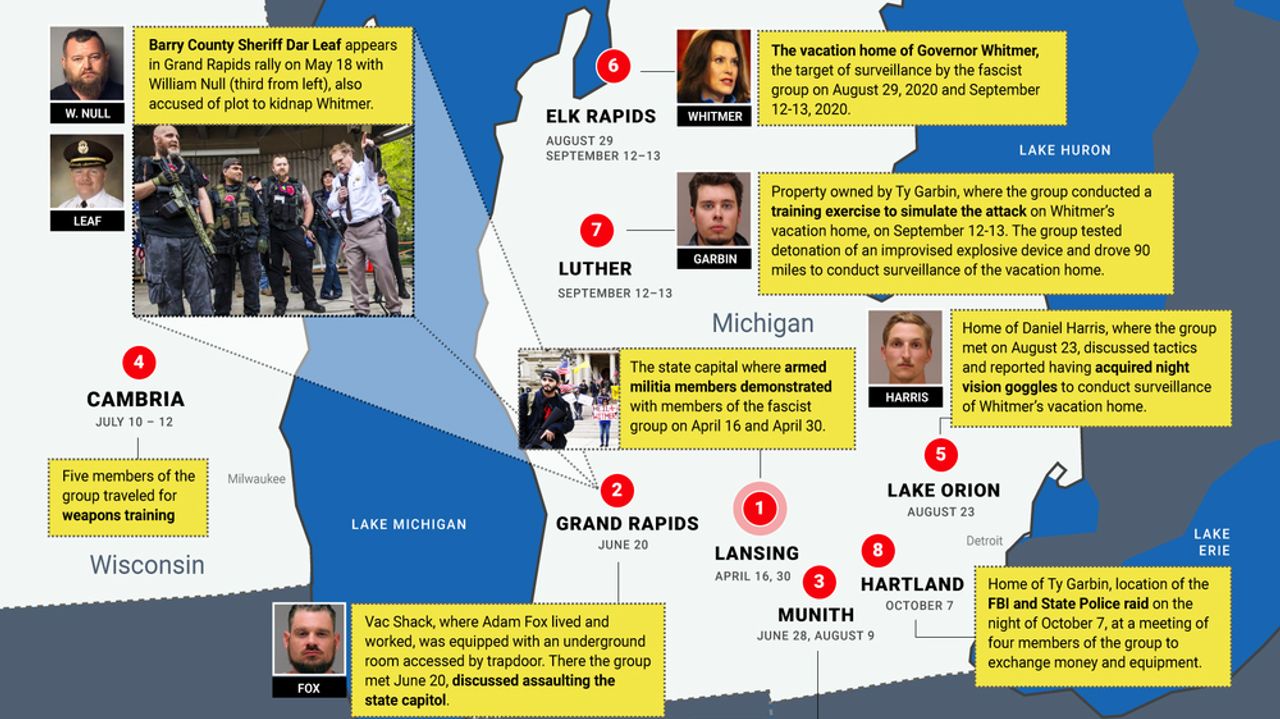 The conspiracy to target Michigan Governor Gretchen Whitmer for kidnap and assassination unfolded over a six-month period. The numbers in the text refer to the locations highlighted on the map.

A profile of the conspirators in the Michigan plot 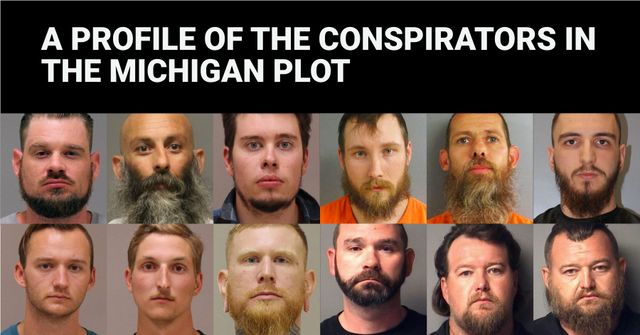 Decades of union collaboration in the destruction of jobs and promotion of economic nationalism have created conditions for the extreme right to recruit and find support. 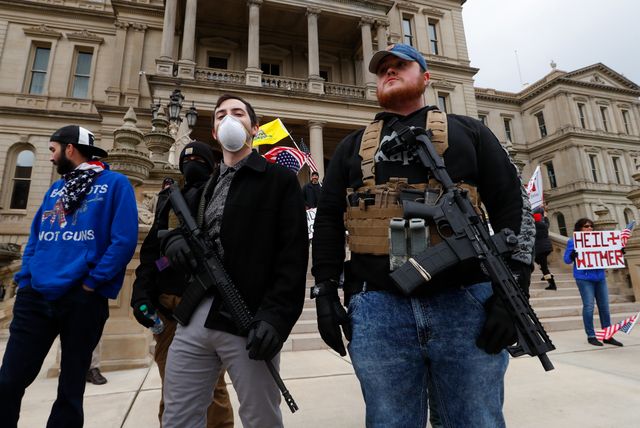 A video tweeted by President Trump depicting his return to the White House on October 5, 2020 after being hospitalized with COVID-19 was clearly modeled after Hitler's arrival at the 1934 Nazi Party Congress in the Nazi film Triumph of the Will.

watch
DAVID NORTH
What is fascism?

David North, the National Chairman of the Socialist Equality Party (US) and the Chairman of the International Editorial Board of the World Socialist Web Site, delivered these remarks at Wayne State University in Detroit, on April 11, 2019, during his introduction to Christoph Vandreier's lecture, 'The Threat of Fascism and How to Fight It'.

watch
Statement of the Socialist Equality Party (US), 2 June 2020
Coup d’état in Washington: Trump declares war on the Constitution

In an act unprecedented in American history, Donald Trump has repudiated the Constitution and is attempting to establish a presidential dictatorship, supported by the military, police and far-right fascistic militia acting under his command. The Socialist Equality Party appeals to the working class and all those committed to the defense of democratic rights to oppose this criminal action.

From the WSWS archive
WSWS international editorial board chairman David North, 3 December 2000
Lessons from history: The 2000 elections and the new “irrepressible conflict”

One month after the November 2000 election, the US Supreme Court issued its infamous ruling, in a five-four split decision, halting the recount of the presidential vote in the state of Florida, questioning the right of the American people to elect the president, and handing the White House to Republican candidate George W. Bush, who had lost the popular vote.

The high court’s decision marked a turning point in US history, constituting a fundamental and irrevocable break with democracy and the traditional forms of bourgeois legality.

North explains how the “irrepressible conflict” that led to the American Civil War and the abolition of slavery are today paralleled by a new “irrepressible conflict” between capital and labor. It is this conflict that underlay the repudiation of bourgeois democratic forms of rule in the US election 20 years ago, and today, at a much sharper stage of its development, the present attempts by President Donald Trump to turn the 2020 election into a coup d’état.

On April 19, 1995, Timothy McVeigh detonated a seven-ton truck bomb outside the Alfred P. Murrah Federal Building that killed 168 people, including 19 children, at the time the deadliest act of terrorism ever committed on US soil.

The most striking and immediate aspect of McVeigh and the atrocity he committed is the intense alienation from society and its official establishment that he exhibits. What accounts for such a level of alienation, and the anti-social form it has assumed in the figure of McVeigh? What is the socio-psychological process that transformed a working class youth into an unrepentant mass murderer?