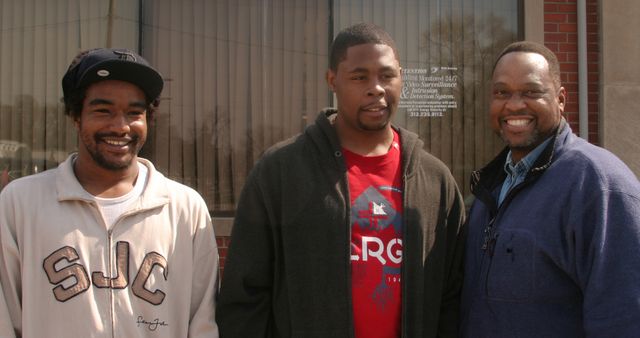 SEP supporters campaigned throughout the week to put D’Artagnan Collier on the Detroit mayoral ballot, collecting petition signatures and speaking with workers and youths at many locations around Detroit, including the DTE utilities payment office on 7-Mile and the campus of Wayne State University. The campaign has already collected more than the 500 signatures required for ballot access, but intends to collect 1000 before submitting petitions to the election board.

Collier is running to oppose the antidemocratic takeover of Detroit, declaring his first order of business to be the firing of Emergency Manager Kevyn Orr and the replacement of the City Council with a council of workers. Many Detroiters he spoke to expressed opposition to the appointment of a financial dictator whose power trumps that of all elected city officials.

“Didn’t we vote against having an emergency manager?” recalled Adrian, a 21-year-old youth, referring to the fact that Michigan voters approved a ballot initiative to overturn the state law that grants emergency managers the power to rip up contracts and sell off city assets. The Michigan legislature subsequently passed another, virtually identical law.

Collier explained that this type of antidemocratic takeover of elected governments was not unique to Detroit, but was also being used in European countries like Greece to force the workers to pay for a financial crisis created by the banks. Adrian said he had been reading about the situation in Greece. “And in Cyprus, they even froze people’s bank accounts. They told people they couldn’t use their money, their savings,” he added.

Adrian’s friend Stephon, a worker at Home Depot, expressed frustration about the outlook for youth in Detroit. “I’m ready to just leave. I’m tired of all the problems. You can’t even go outside in Detroit anymore.” He told campaigners that he makes $9.50 an hour, “which is about to become the minimum wage, the lowest wage you can pay somebody.” He told Collier, “I can’t even get full time.”

Collier explained that the divide between rich and poor in the US is much greater than many people think. “The handful of billionaires living in Michigan control enough wealth to cover Detroit’s budget shortfall 75 times over”, he said. “Both major parties [Republicans and Democrats] come down on the side of the rich,” he added, explaining the need for workers and youth to organize independently to oppose all social cuts. 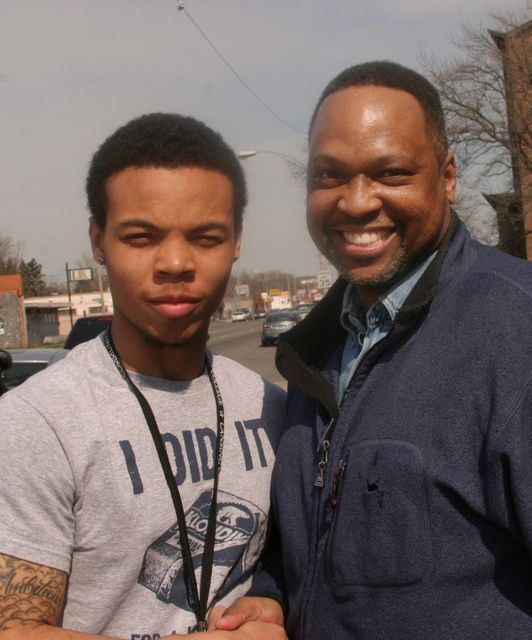 Melvin, an MSU student and alumnus of Detroit Public Schools, with Collier

Many workers were interested in the fact that Collier is himself a city worker, and not a businessman or celebrity. Melvin, an undergraduate student at Michigan State University, said, “It’s good that he’s coming out of his department to fight for all of us, not just his own interests.” Melvin told campaigners he is an alumnus of the Detroit Public School system, and that he worries about all the cuts to education.

Jim Bigelow expressed strong distrust toward Kevyn Orr. “I don’t like this emergency manager business at all.” He said Detroit’s problems couldn’t be solved by simply putting a new individual in charge. “A lot more needs to be done. It goes way back. Mayors have been doing criminal activities here for a long time.” Collier explained that it was necessary for working people to take charge of the major institutions, which were under attack by the ruling class. Jim agreed, saying, “There’s not going to be anything left for working people after these cuts.” 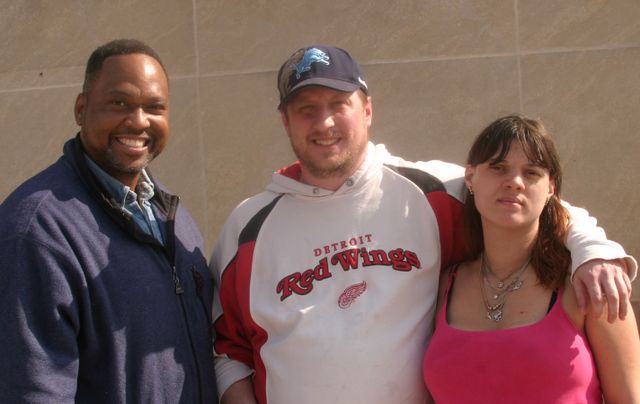 David had to come all the way to Detroit’s DTE office from Garden City to pay his bill. “They need to put more people to work, and open more of these offices.” He told campaigners about the similarities between the situations in the two cities. “In our city, we always vote for everything, but it never happens. Our school system was just changed to have separate schools, one for first and second grade, and another for third and fourth. Ninety percent of the voters voted against doing this, but then they did it anyway. I have kids at both schools and it’s hard to get them all where they need to go.”

Campaigners explained that the attack on democratic rights was not unique to Detroit, but that these rights were being eroded all over the country, notably during the recent police/military siege of Boston.