Bankers to gather in Detroit to plot asset-stripping

On Friday, June 14, Detroit Emergency Manager Kevyn Orr will present a restructuring plan to city creditors, only days prior to a scheduled $39.7 million payout on the city’s swap agreements with the banks. Orr’s plan will put forward more specific details on his proposed destruction of city services, looting of assets and attacks on retiree health benefits.

More than one-third of the city’s general fund goes, at present, to debt servicing. This money goes directly from the pockets of impoverished Detroiters to the banking industry’s balance sheets. However, Wall Street views this as inadequate and is ramping up the crisis atmosphere in the city in order to subject Detroit to the type of devastation that the international bankers have imposed on Greece.

The emergency manager will meet at an airport hotel with about 150 representatives of bondholders. These will include some of the world’s most powerful financial firms, such as UBS, Bank of America and JPMorgan Chase. Union officials representing 48 bargaining units will also be present.

Orr will reportedly offer less than 10 cents on the dollar for the city’s debts, including retiree obligations. While his office did not confirm the figure, spokesman Bill Nowling told the Detroit Free Press, “It will be staggering, what we ask of our creditors and our stakeholders.” While the institutional bondholders and banks have insurance on their investments, the so-called “stakeholders”—Detroit residents and city workers—will be hit with massive cuts in wages, pensions, benefits and services as whole sections of the city are shut down or privatized. 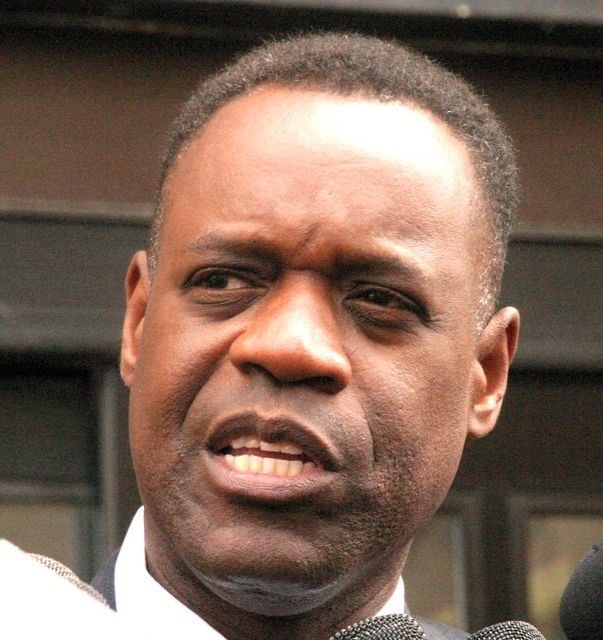 The Detroit Free Press notes that the emergency manager’s assault on health care for 18,500 retired and 10,000 active city workers is a key selling point to the creditors. “Health care, that’s completely up for grabs, anything can happen there,” warned Leon LaBrecque, a local financial adviser.

If this week’s meeting does not culminate in a deal with creditors, Orr has pledged to move rapidly towards Chapter 9 municipal bankruptcy. The emergency manager estimated the chances of this happening at 50 percent. Republican Governor Rick Snyder, whose approval of a bankruptcy filing is legally required, has stated his willingness to accept a pre-packaged bankruptcy of the city.

Because Michigan’s constitution protects pensions, the emergency manager cannot unilaterally cut or redirect those funds, making municipal bankruptcy, in which a judge would decide on the fate of city workers’ pensions, an attractive scenario for banking interests.

There have been fewer than 700 filings for municipal bankruptcy in the US since Chapter 9 was crafted during the Great Depression. Detroit would be the largest city, by far, to go bankrupt. To date, the most populous city to file for bankruptcy is Stockton, California, with less than half of Detroit’s population and only a fraction of its debt. As a result, there is limited case law and the exact implications of Chapter 9 for Detroit are unknown.

Municipal bankruptcy would certainly facilitate the abrogation of labor contracts and pave the way for large-scale layoffs. It would also put pensions at risk.

In April, Orr directly threatened city workers, declaring, “I am very competent in the bankruptcy courts of this country… These things are very painful. One thing everybody needs to know, if you go into bankruptcy, Chapter 9 of the bankruptcy code is weighted toward municipalities. I don’t want to pull that cudgel out unless I have to.”

Federal law states that the order of preference of payment in Chapter 9 is (1) the taxing authority (the municipality), (2) the lawyers and consultants, (3) the secured creditors (the bondholders whose obligations are tied to specific revenue streams such as the Water Department or the casinos), and (4) unsecured creditors, which include retirees and investors holding general obligation bonds. “Some bankruptcy attorneys bluntly say that pension promise could end up being just another piece of paper to be renegotiated,” notes the Free Press .

Lyle Fitterer, managing director at Wells Capital Management, which owns Detroit water and sewer bonds, said last week that “it will be very hard to get all the parties to come to an agreement” to avoid bankruptcy. He added that Orr’s plans could provide the framework for “prepackaged bankruptcy.”

The atmosphere likely to prevail in the coming “discussion” was indicated by the comments of Bill Brandt, a government restructuring specialist. “Everybody understands cuts are in order,” he said, “but everybody wants to see the other guy cut and not them. People will jockey for position to stick it to the other guy.”

In the aftermath of the public outrage surrounding the revelation that Orr was placing price tags on the Detroit Institute of Art’s masterpieces, animals at the Detroit Zoo (a giraffe is estimated to be worth $80,000), historical artifacts and all of the city’s assets, creditors reaffirmed their determination to get paid.

The New York Post ran a column provocatively stating that “pain out of Detroit would actually be a good thing,” prompting other municipalities to slash jobs, pensions and health care to avert a similar crisis.

Municipal Market Advisors, in its weekly market outlook, reported that bondholder haircuts are not inevitable and pointed to pension debt as the largest strain on Detroit’s general fund budget. “The emergency manager may be signaling that a different approach may be taken for the restructuring of each category, with the implication of possibly more favorable treatment of the GOs [General Obligation bonds],” the industry publication observed. In other words, a formula might be found to make sure that the full brunt of the attacks falls upon retirees, city workers and residents.

A call to actionOppose the bankers’ dictatorship in Detroit!
[8 April 2013]