A who’s who of the conspirators behind the Detroit bankruptcy

Two weeks of testimony in the Detroit bankruptcy case have exposed the pre-meditated character of the July 18 decision by Emergency Manager Kevyn Orr to initiate the largest municipal bankruptcy proceeding in US history. The bankruptcy, which is being backed by the Obama administration, was not necessitated by financial imperatives. Instead it was a political decision—long in preparation—which was aimed at setting a precedent for the ripping up of the wages, pensions and benefits of city workers, and the selling off of public assets like the artwork of the Detroit Institute of Arts.

The evidence presented brought to light the extent to which, starting with its January 2011 inauguration, the administration of Michigan’s Republican governor, Rick Snyder, gathered around it a virtual shadow government of law firms, private consultants, investment bankers and top officials from both the Democratic and Republican parties. Their plan was to use the state’s anti-democratic emergency manager law to install an unelected financial dictator in Detroit who would use the bankruptcy courts to override every obstacle to the wholesale looting of the city by the big banks and corporations. 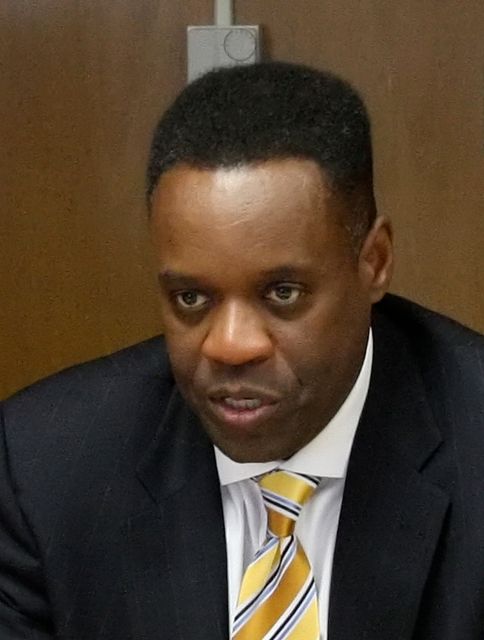 Orr served as a partner at the international law firm Jones Day between 2000 and 2013, which provided more than 1,000 hours of consulting work for top Michigan state officials before being officially retained by the city as a “restructuring counsel.” Orr, who did not tender his resignation from Jones day until the day after his appointment as emergency manager, subsequently approved the city’s hiring of his former law firm.

Orr, a Democrat active in Obama’s 2012 re-election campaign, has significant experience in the use of bankruptcy law on behalf of his corporate clients to slash costs and dump their financial obligations to workers. Orr was one of a team of Jones Day attorneys who represented Chrysler in its 2009 bankruptcy and restructuring process. Reporting on this story, the Detroit News described Orr as “the lead attorney on convincing the court to allow Chrysler to abruptly close a quarter of its U.S. dealerships”—a move that led to the destruction of tens of thousands of jobs. According to Michigan.gov, Orr also has experience representing investment banks in bankruptcy related matters.

Two Jones Day attorneys in the firm’s Atlanta offices penned a March 2011 article in a bankruptcy journal advising city officials how to use Chapter 9 to override state constitutional protections of public employee pensions.

Before joining Jones Day, Orr was director of the Executive Office for United States Trustees, a bankruptcy unit within the Department of Justice.

Orr is currently being paid an annual salary of $275,000 by the state of Michigan for his service as emergency manager. While in Detroit, he is staying in a $50,000 per year luxury condominium, which has been paid for by Snyder’s secret NERD slush fund.

Orr’s publicly stated position is that pensions are equivalent to any other “unsecured” forms of debt, and that pensioners must be prepared to accept as little as 10 cents for every dollar the city owes them on the remaining unfunded portion of their retirement benefits. 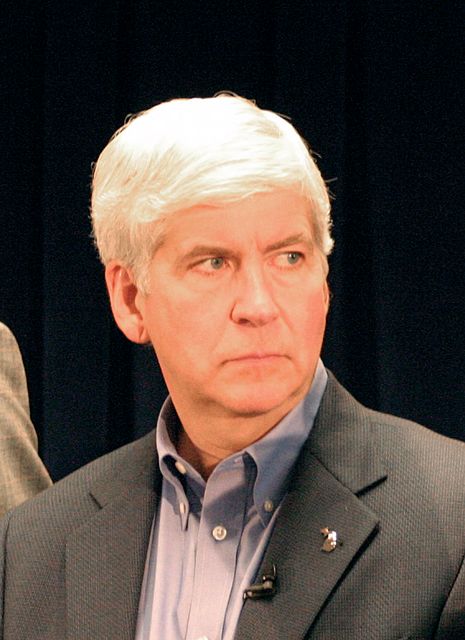 Michigan Governor Richard Snyder Republican Governor Richard “Rick” Synder is a multi-millionaire, who built up his fortune as a venture capitalist and technology executive. Snyder has spearheaded the bankruptcy filing as part of his administration’s deeply anti-working class agenda.

Snyder has left no doubt regarding his determination to liquidate Detroit’s public assets by acting through the bankruptcy courts. Asked at a press conference in July about whether Belle Isle and the Detroit Institute of Arts would be “monetized” as part of the bankruptcy process, Snyder replied, “all the assets of the city need to be considered as part of this process.”

The bankruptcy is only the latest stage in a comprehensive assault on Michigan workers pursued by Snyder since assuming office in January 2011. In the first months of his term, Snyder immediately sought massive cuts to social benefits. In two and a half years as governor, he has implemented sweeping cuts to education, including reduction of funding for public universities by 15 percent and shifting of health care costs further onto public school teachers. In total, education cuts under Snyder have amounted to a $700 reduction in state spending per-pupil.

Snyder has further called for new taxes on retirement income and hundreds of millions in cuts to state aid to municipalities. The New Energy to Reinvest and Diversify (NERD) fund established by Snyder, supposedly as a “non-profit civic fund,” is supported by secret corporate donors and has pursued ambitious right-wing political projects including preparations for the privatization and dismantling of public education in Michigan. 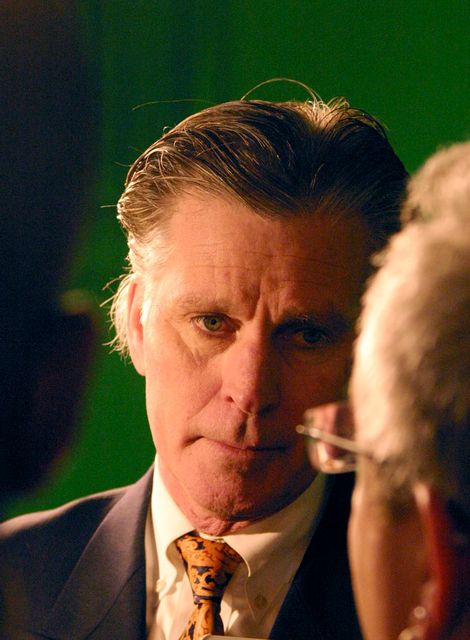 Michigan State Treasurer Andy Dillon Andrew or “Andy” Dillon is a leading Democratic politician in the state of Michigan, who was speaker of the Michigan House of Representatives before being appointed state treasurer by Snyder. Dillon was elected to the House in 2004, and ran for the Democratic nomination for governor unsuccessfully in 2010, at which point he hitched his chariot to Snyder’s campaign. He was rewarded with the second most powerful post in the state.

Dillon earned his fortune as a venture capitalist, serving as vice president of commercial finance for General Electric Capital Corporation. He become president of Detroit Steel Company in 1996, and later was managing director of the Chicago-based private equity firm Wynnchurch Capital.

Dillon has been a chief conspirator in the plans for the “restructuring” of Detroit. He worked with Jones Day attorneys to draft the April 2012 consent agreement, which forced major concessions on municipal workers, and has overseen restructuring operations against municipalities and school districts throughout the state using powers of the authoritarian emergency manager law.

An email sent by Dillon on July 10, 2013 to Orr on the wording he should use to justify the bankruptcy filing exposed the conspiratorial character of the operation. Dillon told Orr he didn’t think, “we are making the case why we are giving up so soon to reach an out of court settlement. Looks premeditated.” He advised Orr to “say facts got worse as we dug into the numbers… We don’t even say they rejected the city’s proposal. I think we may want a take it or leave it demand before we pull this trigger. I agree with the recommendation but I don’t think we made the case. After the letter is revised, let’s work on the Gov’s response.”

Dillon resigned his post as state treasurer on November 1—the day after giving a deposition for the bankruptcy trial—saying publicity over his acrimonious divorce was becoming a distraction. Snyder, stating regret, immediately heaped praise on the state Democrat.

“He has been instrumental in many of the comprehensive reforms that are contributing to Michigan’s comeback. He has worked tirelessly on behalf of the people of Michigan, and we’re a stronger state because of his dedication, expertise and leadership.” Dillon’s “partnership with Detroit to assist in the city’s turnaround,” Snyder wrote, “is just one example of Andy’s positive impact on Michigan.”