New anti-Gaza war marches held in Paris and across France

Yesterday, thousands took to the street in Paris and cities across France to protest the bloody Israeli military intervention against the defenseless population of Gaza.

The march in Paris began from Place Denfert-Rochereau toward Invalides, facing 1,500 riot police as well as plainclothes policemen. According to the organisers, 25,000 people joined the march. Immigrants, French citizens, and families with children condemned the Israeli mass murder of civilians in Gaza that has claimed the lives of over 600 Palestinians, including children, and wounded over 3,700 people. 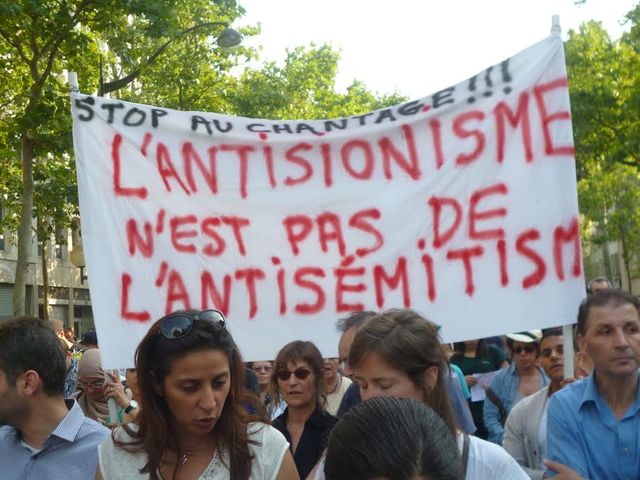 "Anti-Zionism is not anti-semitism."

Protesters at the Paris rally categorically rejected the PS government's slanders of anti-Gaza war protests as anti-Semitic and violent, insisting that their opposition to the crimes of the Zionist regime did not signify hostility against the Jewish people.

“We are here to call for an end to the massacre of children and civilians. We are fighting for this human cause, and not for political or religious questions,” said medical worker Samira Cheblal. 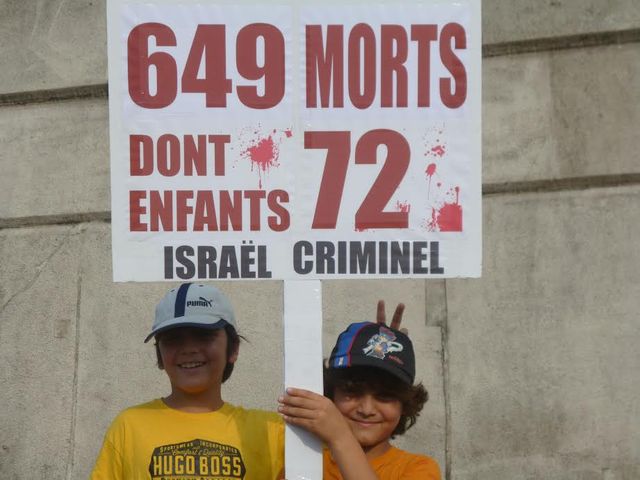 IT worker Nabil said: “I am angry about being represented by François Hollande. [France as] the country of the Rights of Man, that is over. France says it is Israel's friend. But a friend, if he is doing something wrong, you try to correct him.”

The pseudo-left New Anti-capitalist party (NPA) and the Stalinist French Communist Party (PCF) sent delegations to the rally. Several PS deputies also joined the rally, protected by these parties' security teams as well as officials of the General Confederation of Labor (CGT) union.

The decision to allow yesterday’s protest to take place with the participation of PS deputies reflects growing fear over the rise of working class opposition to the Israeli military intervention in Gaza. The government, France's most unpopular regime since the collapse of the World War II-era Nazi collaborationist regime in Vichy, is desperate trying to maintain control over anti-war sentiment. PS participation in such a protest was deeply cynical, as the PS backs Israeli war crimes in Gaza while cracking down on anti-war protests in France. 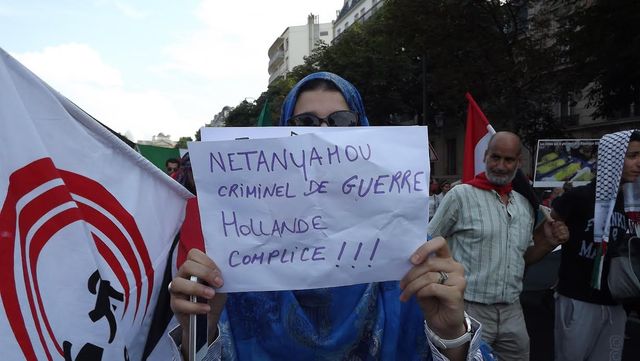 Interior Minister Bernard Cazeneuve said that the rally—called by The National Collective for a Just and Lasting Peace Between Israelis and Palestinians, consisting of parties like the PCF and NPA, unions and various NGOs—was allowed because the organisers “are responsible and want a pacific rally.”

Yesterday’s rally in Paris was allowed to proceed after the PS government tried to ban anti-Gaza war rallies on Saturday; protesters defied the ban, however, leading to clashes with police and the arrest of dozens of protesters. The PS claimed the rally could be violent, citing a previous protest that was attacked by Zionist thugs working with police.

On Tuesday, a court in Pontoise sentenced four young protesters arrested in Sarcelles, near Paris, to jail time after they were convicted of commiting violence during a protest over the weekend. The Paris prosecutor called for a prison sentence for those allegedly implicated in violence at the protest. 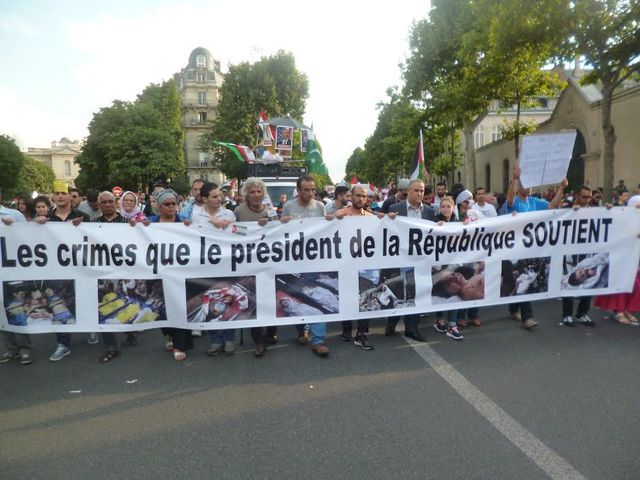 "The crimes that the President of the Republic supports."

Such slanders are now being echoed by countries across the European Union that support the war crimes in Gaza. “Anti-Semitic rhetoric and hostility against Jews, attacks on people of Jewish belief and synagogues have no place in our societies," German Foreign Minister Frank-Walter Steinmeier and his counterparts Federica Mogherini of Italy and Laurent Fabius of France declared in a joint statement issued this week in Brussels.

Last week, Hollande personally defended Israel’s offensive on Gaza and the ban against demonstrations in France, warning of the risk of social conflict in France itself. “Israel can defend itself it is attacked, however Israel must be restrained,” Hollande said, “I do not want there to be consequences in France. The Israeli-Palestinian conflict cannot be imported into France.” 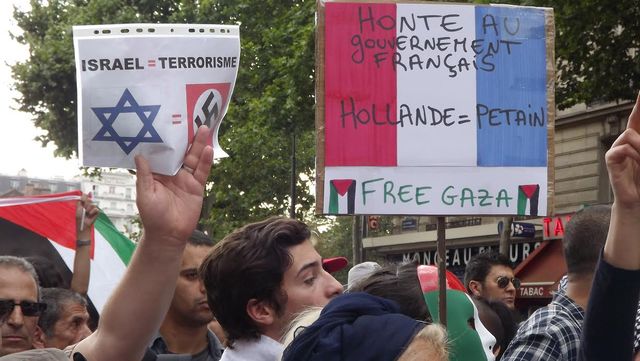 On Monday, Hollande met with Jewish and Muslim leaders in the Elysee Palace, where he said fighting anti-Semitism will be a "national cause."

The PS’ support for the Israeli military intervention in Gaza has also exposed the duplicity of the pseudo-left groups like the NPA that pretend to be in solidarity with the Palestinians. After the banning of Saturday’s rally, the NPA criticized the PS for violating the constitutional right to protest. However, just few days later, the NPA worked together with police to defend PS deputies, working to rehabilitate the deeply hated ruling party.