A four-year state-funded and media-promoted juggernaut of militarism and nationalism in Australia reached an initial climax last weekend. Heavily choreographed ceremonies and marches were held to officially celebrate the “Anzac Day” centenary of the catastrophic British-led invasion of Turkey’s Gallipoli peninsula in World War I.

Dawn services, militarised parades and commemoration services were conducted throughout the day in cities, suburbs and towns across the country. Wall-to-wall coverage was provided by the mass media outlets, particularly the state-run Australian Broadcasting Corporation, which broadcast around the clock from Anzac Day events far and wide. 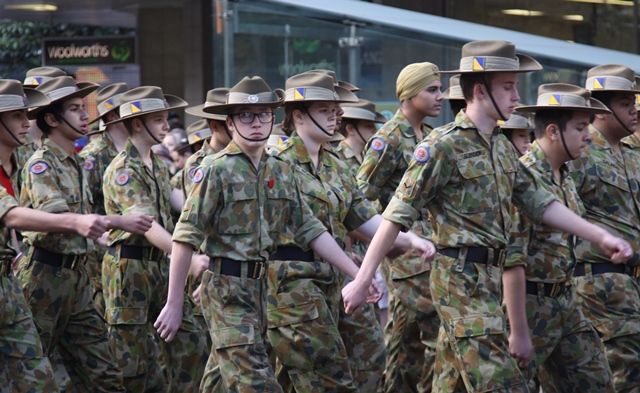 As usual on Anzac Day, an annual public holiday, most shops and businesses were closed, at least for the morning. But this year’s events, conducted under the banner of “100 Years of Anzac. The Spirit Lives 2014-2018,” far exceeded, in their scale and militaristic character, those of any previous year.

Ceremonies were also conducted in other selected locations around the world, notably at Gallipoli and in the northern French town of Villers-Bretonneux, where a new $100 million “education centre” was opened at the Australian Memorial to the 46,000 Australian soldiers who died on the Western Front.

Accompanied by Labor Party opposition leader Bill Shorten, Prime Minister Tony Abbott addressed a dawn service at Gallipoli, where 10,000 people undertook what was termed a “pilgrimage” to the site where Australian and New Zealand (ANZAC) troops landed on April 25, 1915.

The audience featured carefully selected family members of war veterans, including a number of widows of World War I soldiers. Others had participated in a national ballot to take part in an overnight camp, supposedly designed to recall the experience of the soldiers in the trenches a century ago.

Abbott was joined by New Zealand Prime Minister John Key, Prince Charles, the heir to the British throne, and Charles’s son Prince Harry. After passing through six security checkpoints, audience members witnessed a ceremony designed to worship the alleged readiness of the Australian and New Zealand youth of last century to lay down their lives on behalf of their nation.

In reality, the soldiers who died at Gallipoli did so after systematic militarist indoctrination—including compulsory military training for all school children and young people up to the age of 18. They were also faced with the fulsome support given to the war by the Australian Labor Party and the trade unions.

All the centenary events displayed a drive to replicate these conditions. The most prominent theme was the need to inculcate in a new young generation the same willingness to die for their country as was supposedly displayed by the 62,000 Australian soldiers who were slaughtered in World War I.

On the three-hour parades through Sydney and Melbourne, the veterans who were present—from World War II through to the invasions of Afghanistan and Iraq—were easily outnumbered by large contingents of serving soldiers, sailors and air force personnel, numerous military, municipal and school bands, and young flag-bearers and school students. 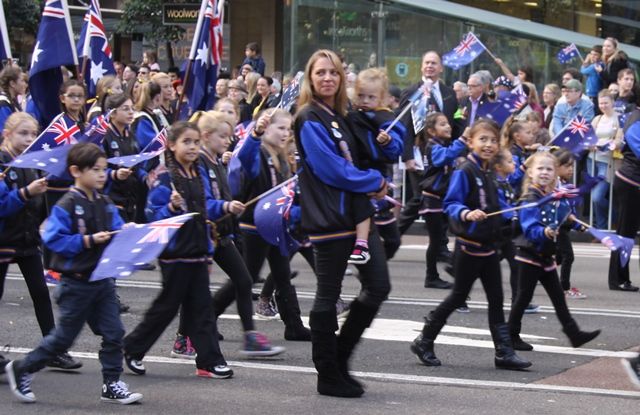 Abbott’s speech at Gallipoli directly linked the events of 100 years ago to the preparations for war today. Conscious of widespread public anti-war sentiment, and the need to shroud the Anzac centenary in mysticism, Abbott urged Australians to ignore the actual causes and nature of World War I.

Nevertheless, he called on people to commit themselves to the same kind of sacrifice as that made by the 8,709 young Australians and about 2,721 New Zealanders who died in the failed invasion, along with 86,692 Turkish, 21,255 British and 9,829 French soldiers.

“Few of us can recall the detail, but we have imbibed what matters most: that a generation of young Australians rallied to serve our country, when our country called, and they were faithful, even unto death,” Abbott declared. Such “faithfulness” to the nation was again required, Abbott insisted. “They did their duty; now, let us do ours. They gave us an example; now, let us be worthy of it.”

In order to make this pitch, Abbott claimed that the Anzacs died, not just for the British king and their country, but for “their mates” and “the ideal that people and nations should be free.”

In reality, World War I had nothing to do with freedom. It was an imperialist war, fought between the major capitalist powers of the day—the British and German empires and their allies—for control over Europe and large areas of the globe. Australia’s ruling elite dispatched tens of thousands of young men and women to join the bloodbath in order to both bolster the British Empire and grab hold of German colonies in the Indian and Pacific Oceans, especially New Guinea. 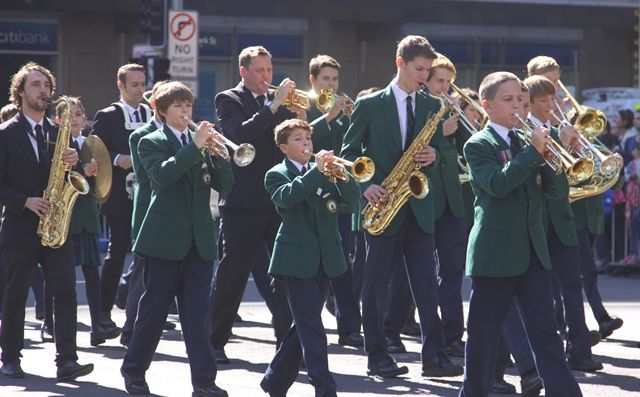 The prime minister specifically associated this “Anzac tradition” with the long list of British and US-led wars and military interventions joined by Australia over the past 100 years, including the new war launched by Washington in Iraq and Syria. “Over the past century, the Anzacs’ descendants have honoured that tradition: in the Second World War, Korea, Malaya, Borneo, Vietnam, Iraq and—our longest war—Afghanistan,” Abbott stated. “Even now, our armed forces are serving in the Middle East and elsewhere, defending the values that we hold dear.”

These “values” remain the imperialist interests of the Australian corporate elite. In 1915, that meant backing the predominant global power, Britain. Today, it means an unconditional commitment to Washington’s militarist agenda in the Middle East and against Russia and China.

Labor leader Shorten underscored the absolute unity between Labor and Abbott’s Liberal-National Coalition on both the glorification of Anzac Day. On the eve of his departure for the Gallipoli commemoration, he published a column in the Sydney Daily Telegraph urging people to “remind ourselves of the timeless truth of what they [the Anzac soldiers] fought for: the people they loved and the country they believed in.”

Amid the barrage of patriotic and jingoist propaganda, the Socialist Equality Party provided the working class with an alternative anti-war perspective, based on a socialist program, despite efforts by the authorities to shut down its public meetings on “Anzac Day, the glorification of militarism and the drive to World War III.” These meetings were an essential part of the campaign for this weekend’s international online May Day rally organised by the International Committee of the Fourth International.