In a city where nearly 40 percent of its residents live at or below the poverty level, many Detroit workers are forced to find alternative ways to make money to supplement their income. One such way is selling plasma.

According to CSL Plasma’s web site, individuals who live within a certain “marketing radius” of the “donation” center can receive up to $50 the first five times within 45 days, and payments vary every time after that depending on weight. For example, some centers offer $15 for every donation for individuals weighing 110-149 pounds, but anywhere from $20-$40 for those weighing 150 pounds and over, since they can donate more. 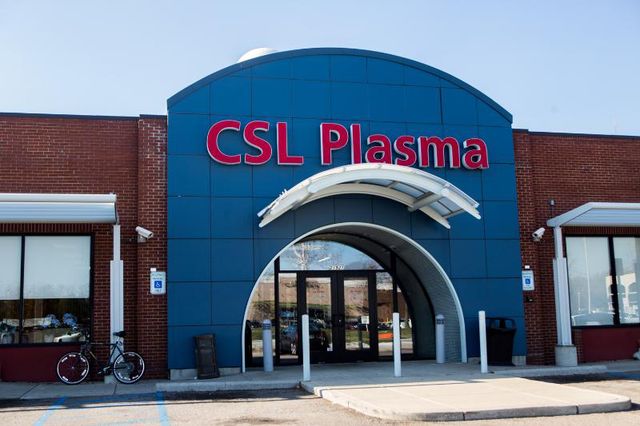 “Some people will wear weights to get more money,” one woman told WSWS reporters outside of a clinic in Southfield, Michigan, a suburb of Detroit. She said that she sometimes only gets $4-$10 per donation. “I do it for my kids,” she said. “I sometimes go twice a week if they want video games,. especially with Christmas coming up.”

Plasma is used for research and in manufacturing pharmaceutical drugs that treat immune disorders, among other diseases, so demand is growing. The majority of plasma donors worldwide are in the United States, while the $20 billion plasma industry is international.

The process itself can be painful and can take hours, depending on the individual. “[Giving plasma] is worse than giving blood,” said Leron, who was also there to sell his plasma. “With blood, they just take blood. With plasma, your immune system goes down because they’re separating red and white blood cells. You get dizzy, it makes you sick. You can’t go more than twice a week, and not consecutive days, either.” 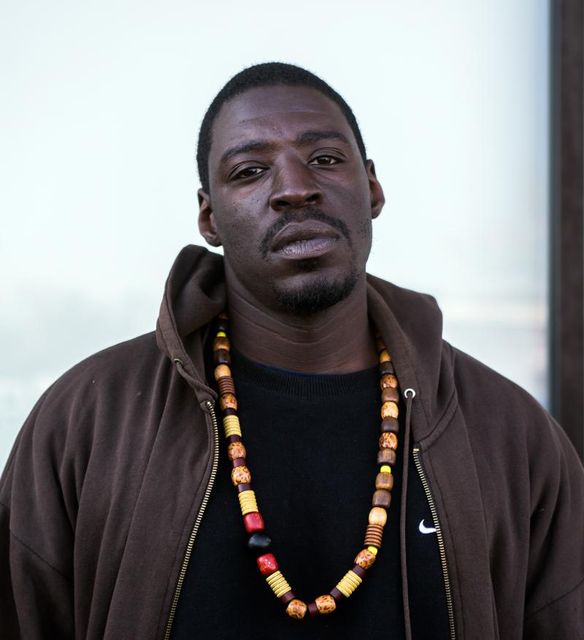 Leron noted that while it is good to give plasma and blood—“Anything to help”—he thinks that most people do it because they need the money. “In between getting a check and trying to do the right thing, I needed the money. I was a clinic supervisor at a building, and I’m waiting for something better. I’ve worked little restaurant jobs and found some janitorial work.”

Leron’s girlfriend, Roselia, who has a nursing degree, told us that selling plasma is “some people’s jobs. I know some individuals locked up at OCJ [Oakland County Jail], and when their families fall on hard times they come here to get money. For them, it’s like, since I can’t work, what do I do?”

Two young mothers outside the clinic, both employed in the medical industry, said that they sell their plasma because they understand there is a major need for plasma for those with health problems. One said that the process itself should not hurt or take longer than 20 minutes or so, but added that it could be quite an unpleasant experience for someone unable to maintain a healthy diet, proper exercise and rest. For most of the people interviewed, working various part-time, low-wage jobs at all hours of the day and night, taking care of oneself generally ends up somewhere near the bottom of the priority list.

The WSWS also met two 19-year-olds from Detroit, both former students. One is currently employed at a grocery store on the west side of the city, and both recently enlisted to join the Navy. Malik said, “It’s only worth it probably the first five times, unless you really need the money, then I guess it would be worth the $20. It’s the only reason I’m here, really. 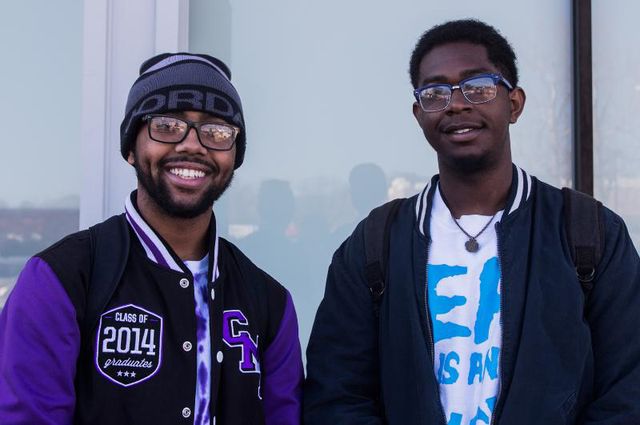 “I felt like it was good, though, because I like to help out, and I got money for it. I was too scared to donate blood. But even when it’s really packed here, it goes fast. They get you in and out even if you wait for an hour and a half.”

Plasma clinics exist primarily in poverty-ridden sections of the Metro Detroit area. Malik noted, “People are more willing to donate because there are more people in Detroit that need the money than in West Bloomfield,” a wealthy suburb of the city. “People do come here all the time,” he said. “And most people do work, but they need extra money.”

One man said, “You won’t see no rich people here! They don’t need the money.” He also spoke of another nearby clinic where many use the money to fuel their drug and alcohol addictions. “People are raised by their environments. Put me in a house where there’s nothing but dope deals going on, a neighborhood where carjacking is at an all-time high, ain’t nothing to eat—death or jail is guaranteed.” 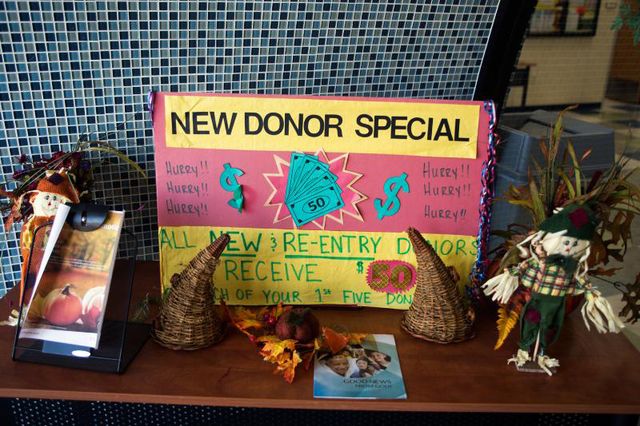 Advertisement at the CSL Plasma Center

He said that he was recently released from prison, serving 12 years for selling drugs. “The first $50 [after selling plasma] I spent on a bus pass so I can get out here and look for jobs.” Until he gets employment, selling plasma is his primary source of income.

Dwight, currently unemployed due to health issues, said that he has been doing this “almost a year, not consistently, but I come when I need the money.” He receives $35 per donation because he weighs 170 pounds. “I worked in a warehouse. My girlfriend works now, so she helps. I just wanted to have some money in my pocket. I had sciatica, and haven’t been able to work. I’ve always had back problems. But I just got cleared for work, so I’m really looking forward to getting back. I wouldn’t have been doing this [selling plasma] four or five years ago.”

Antionio told us if he did not need the money, too, he would not want to sell his plasma, and that hopefully he would not have to continue doing so for much longer. “I just need some gas money, so I don’t have to be putting so much pressure on my girl.

“A lot of jobs aren’t paying enough money out here. Eight dollars an hour or less, that don’t make no sense. Minimum wage needs to be at least $9, $10, $12 an hour. I’m waiting to start at Chrysler, they just have to call me for a drug test.”

Leron got turned away from selling his plasma this time because he just moved from Texas and does not yet have a valid Michigan identification. “I just wasted three hours and walked two-and-a-half miles. For nothing.” Even if he had gotten the $35, that equates to about $11.50 an hour, not including his hike to the donation center.