Caving in to management demands for significant salary and benefit cuts, leaders of the Association of Pennsylvania State College and University Faculties (APSCUF) ordered 5,500 striking faculty and coaches at Pennsylvania’s 14 state-run universities to take down their picket lines late yesterday afternoon after announcing that a three-year tentative agreement had been reached with the state system.

Professors, coaches, faculty and educators went on strike Wednesday morning after Pennsylvania State System of Higher Education (PaSSHE) officials presented negotiators for APSCUF what the state called their “last best offer” and walked out of negotiations.

The three-day-old strike gained overwhelming support from both faculty and students. Hundreds of students at all of the 14 universities that make up the system took part in picketing and marches in support of their professors.

The decision to so quickly end the strike and order members back to work without a chance to see the contract, a summary—let alone have time to discuss and vote on it, was made out of concern that the job action could develop into a broader movement that would expose the anti-working class nature of the Democratic Party in the weeks before the November 5 election. 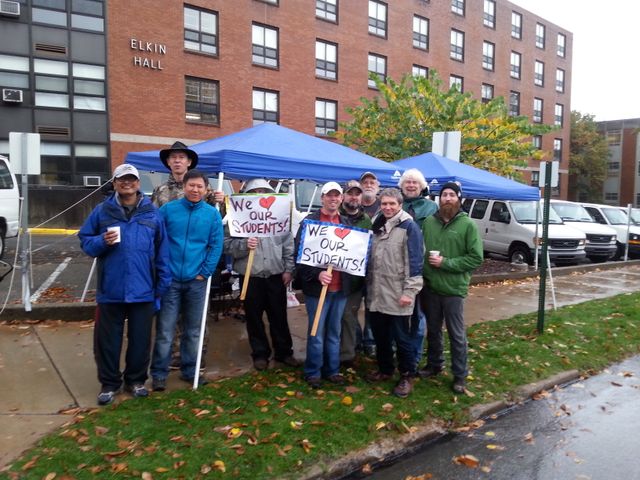 Faculty members picketing in the rain outside IUP Friday morning

In the statement announcing the decision to end the strike, APSCUF President Dr. Kenneth M. Mash praised the role of Governor Tom Wolf, a Democrat.

Wolf defeated his predecessor, Tom Corbett, two years ago, after promising to restore the massive cuts to public education, both K-12 and in higher education, made by Corbett.

In fact, Wolf has continued those cuts. Since becoming governor, Wolf has not restored the cuts made to education by his predecessors over the previous eight years. Since the 2007-08 school year, state funding per student has fallen 33 percent, leaving it at the same level as 1999, not counting inflation.

Since 2008, over 900 faculty positions have been cut and there has been an overall decline of 100 of programs offered to students.

Without giving any details, the union statement says negotiators agreed to millions in concessions in health care and wages. Union members were told to stop picketing at midnight, but could take down their picket lines immediately if they wanted to.

In a public statement following the tentative settlement the union said, “For the sake of students, APSCUF agreed to a salary package that was significantly lower than that of the other unions.”

A significant issue in the walkout was the continued assault on adjunct faculty members, who the university wants to put on a separate, lower salary scale. In earlier proposals, PaSSHE sought to increase the workload for adjuncts by increasing the number of course hours they must teach from 12 to 15 hours, the equivalent of going from teaching four courses to five. PaSSHE claims that it has withdrawn those proposals.

Faculty and coaches had been working without a contract for 480 days since June 2015. The Pennsylvania state system comprises 105,000 students who attend one of the 14 campuses in Bloomsburg, California, Cheyney, Clarion, East Stroudsburg, Edinboro, Indiana, Kutztown, Lock Haven, Mansfield, Millersville, Shippensburg, Slippery Rock and West Chester.

On Friday morning, during pouring rain, several hundred faculty members picketed the many entrances of Indiana University of Pennsylvania (IUP) in Indiana, PA. Pickets spoke to the World Socialist Web Site before being told that the strike had been called off. 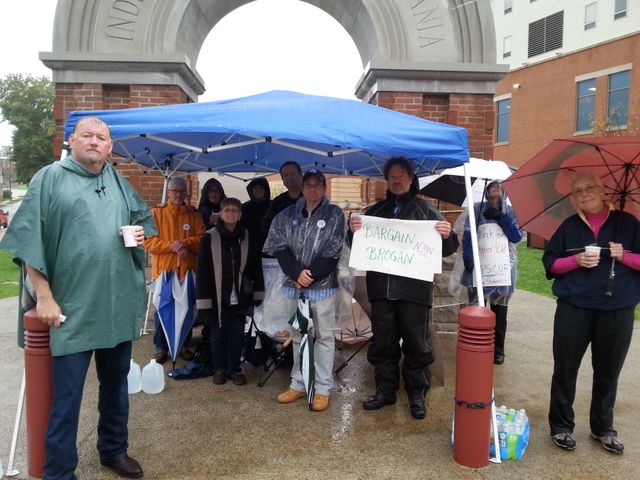 “I’m concerned about our temporary faculty,” said one striker who asked that her name not be used. “Now the university wants to attack our colleagues. I work very close with them and I love my temporary colleagues.

Another striker who has been a professor for 15 years pointed out that “the state should be giving more funds to the system. We are teaching many first generation college students, people who want to have decent jobs. We are fighting for them to have a good education so that they can earn a decent living in today’s world.”

Bill Brenneman, a professor in the biology department for 24 years, said, “I am here to support our union and because the state is not supporting public education. I think the figure is that we have been cut by 40 percent in the past 15 years and that doesn’t even account for inflation.

Erich Hofmann, an adjunct and a graduate student also in the biology department added, “it is going to be the students that suffer. They want to have 200 students in a class and no resources. This is especially important in biology were a student needs labs and research to really learn the subject. 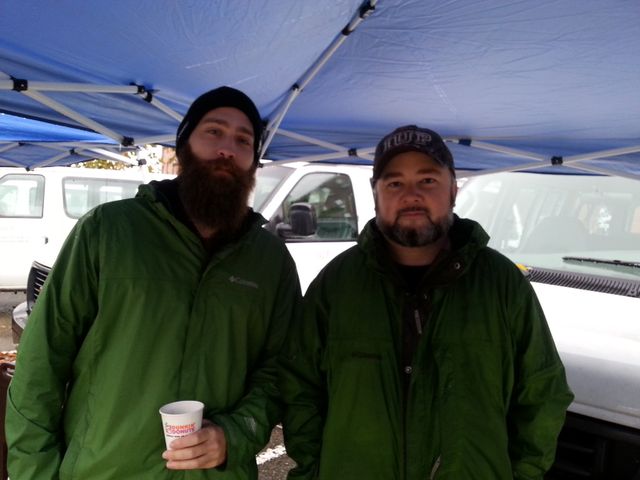 “Along with teaching, we are also trying to do our own research and get grants. That is important, not only for us, but for the students who work with us on that research. All that knowledge is passed along to the students.”

Joe Townsend, who has taught in biology for five years said, “The whole idea of the state system is to have a quality higher education for working class youth. The state needs to invest in education, not cut it. We pride ourselves that teaching is just one third of what we do, we are also mentoring, doing research and are able to work with students very directly.

“Many students that visit Penn State and other larger universities come here and say they chose this school because we can provide the one-on-one type of learning.

“The state is trying to separate the faculty, to cut the adjuncts, and see if they can pit us against each other. They are trying to divide us.

“Funding is the major issue. Our funding level is down to what it was in 1999 and that is not even counting inflation.”