SEP meeting attendees speak on Trump and the threat of war

A broad cross-section of workers, retirees, university students and young people attended Socialist Equality Party public meetings last Sunday in Sydney, Melbourne and Brisbane on the administration of Donald Trump and the accelerated drive to war. A number of them spoke to WSWS reporters about the dangers of a nuclear conflict, the developing political radicalization in the US and internationally, and the need for a socialist movement of the working class.

In Sydney, Lance, a film student from the University of Newcastle, said: “Trump’s presidency reflects the distraught state of the capitalist system within America. There was an idea that he would come in to deal with the poverty confronting many and somehow deal with these issues of education and employment, but people are now seeing that he won’t.” 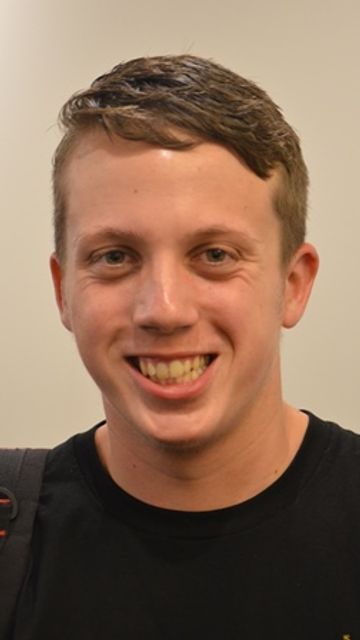 Lance said he was struck by the revival of German and Japanese militarism and the growth of geopolitical tensions, noting: “It can definitely end in an imperialist conflict. The breakup of the European Union, and America’s move to separate from NATO will have major consequences and Germany’s move to make itself the dominant power are very dangerous.”

Asked about the contemporary relevance of the Russian Revolution, he commented: “I was quite surprised by the growth of unemployment here in Australia. It really goes to show the increase in social inequality. The workers don’t own the means of production, but they create everything in society. We need to do now what happened in 1917 when the Bolsheviks overthrew the Tsarist regime and confronted the threat of imperialism. We are going to have to go through with the same action if we are going to break free from capitalism.”

Annalise, a first-year student at Macquarie University, said that she was “very concerned about how the elite have been diverting social tensions and social anxieties towards minorities. People aren’t given their basic rights and all this anger in capitalist society is being diverted into hostility to the most vulnerable.

“It is especially concerning the rise of these populist right-wing leaders globally. It is quite scary.”

She spoke about the dangers of war, saying: “If we look at rising tensions of nationalism and imperialism, I feel like Trump could be the breaking point for a new outbreak of war. Before the outbreak of World War Two, you had all this nationalism and then you had specific events that tipped the boat. Trump is like the breaking point in all this tension. It’s like the meeting poster said, his election has advanced the progression into war.”

Annalise agreed that it was critical that young people learnt the lessons of the Russian Revolution. “It can be quite empowering having faith in the possibility that the working class can come together and overthrow these elites,” she said. 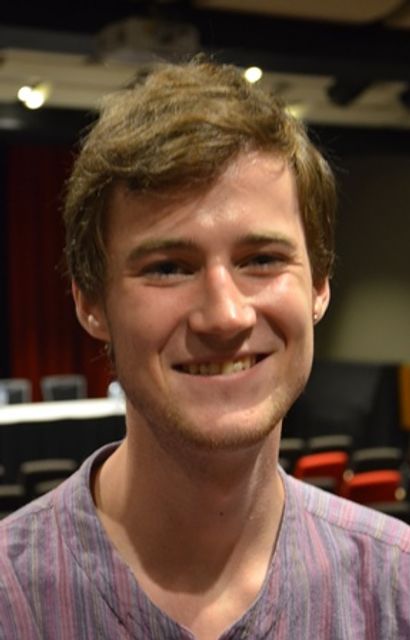 Jarod, another Macquarie University student said that he attended the meeting because “I’ve always been interested in left-wing politics and I’m from a little country town, so there aren’t any events like this to go to. I’m concerned about constantly growing inequality, and because I’m young, the idea that my standard of living isn’t going to be as high as my parents.

“I’ve been following the US election very closely and I thought the meeting covered it well. I thought it was important that the speaker talked about the role of parties such as the Democrats. They had such a poor alternative to Trump that it actually made someone like him appealing.

“Some workers thought that a reactionary like Trump would be a better choice, because of their hostility to Clinton. Identity politics is quite a big problem. The fact that a lot of left-wing parties based on identity politics have alienated the working class has actually done the struggle for minority rights a disservice.”

Mike, a chemistry student at the University of New South Wales said: “Today’s meeting really made me think about the global implications of the new US government. I previously concentrated just on Trump himself. Nick Beams explained the tense relationship between America and Europe and similar developments in the Asia-Pacific and Australia. This is very important and indicates that we are facing a global crisis.

“Trump, of course, represents the rich people in the US but nobody really hears anything about the working class. We have a situation where only eight individuals control more than half of the wealth in the entire world. This is an impossible situation so we really need a revolution. That is becoming clearer and clearer to me.”

Chef, a geology graduate working in the building industry, said: “I decided to attend the meeting because I’m very concerned about what is happening in the world and about Trump who is a very aggressive capitalist leader. I also wanted to learn more about your party. You are socialists and that means equality between people, which I agree with.

“The gap between rich and poor is widening and that is happening, not just in the US, but all over the world. I was staggered by the figures on inequality that were given in the meeting. The US has invaded many countries and taken their resources—in Iraq, Afghanistan and other places—and this is why the gap between rich and poor is increasing and making the danger of international war much higher.” 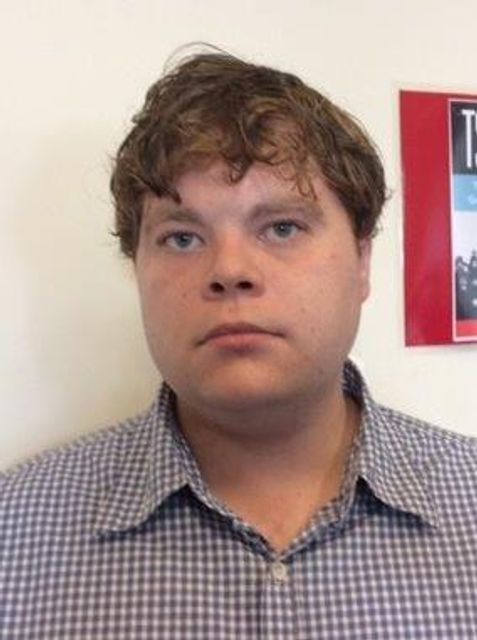 In Melbourne, Daniel, a casual worker in a bar and bottleshop, said: “I mostly agree with the meeting report and discussion. I followed the US election last year on different sites on the Internet. After Sanders did the backflip, the ‘left’ went quiet and created a vacuum for disaffected people. A lot of them who supported Sanders then flipped and went to Trump. People who would call themselves ‘left’ were calling for a vote for Clinton. I was flabbergasted. To think that they supported that jackal.

“What Trump has done since he was elected is barbaric. His cabinet of generals and billionaires is scary. I feel like I am almost like a kid in the 1950s. We are all going to be told to get under our desks and brace for the bomb. Trump is clearly going to push for war—whether it is Russia or China it doesn’t matter, he might even go after both of them.

“I do think there are parallels between today and what happened with the Russian Revolution. I don’t think human nature has changed much since then. What drove people then is the same today. What caused the Russian workers and peasants to revolt then is with us now. I think that there is also a parallel about how the parties of the Second International supported the war efforts of their ‘own’ governments and the situation today. There are some who call themselves socialist, but they don’t oppose war, they are just demagogues.”

Mel, a former bookkeeper in her 60s, said: “At the beginning, before Obama became president, I was thinking that America was maybe getting something new, something better. But eight years later everything has gotten worse.”

She said: “Because I’m an immigrant I have always voted for the Labor Party here. It’s like in America, how the Democrats are seen as a little bit better than the Republicans. But I have found the Democratic Party is more dangerous than the Republican—especially for Hillary [Clinton]. I have realised that Hillary was a real danger, and that she wanted war, nuclear war.

“In everyday life, people don’t realise that war is a danger, a war near us. People don’t know. We need to promote these ideas to young people. What I know coming from China about revolution is that young people, even those still in school, need to be involved.”

In Brisbane, Enrique, a construction worker, said that he was struck by the meeting’s information about Trump’s cabinet of billionaires. This represented “the unmasking of capitalism,” he commented. “They’re all company men. They’re the ones in power, which is showing how capitalism always governs over us. It’s inevitable under capitalism that this will show itself eventually.”

Enrique said he had not realised the extent of the planning for war by US think tanks, especially with regard to China. “I wasn’t so aware of the presence of the US in the South China Sea and the implications of that presence, as making an affront to the Chinese. It’s obvious that the US is provoking a confrontation.”

Enrique also voiced hostility to the attempts by One Nation and other right-wing parties to promote xenophobia and nationalism. “The working class is international. Obviously workers don’t recognise the national borders when they migrate to places to seek a better future. But it’s only at that point of necessity that workers realise that the borders are insignificant. Only when the working class considers itself one, and does not recognise the borders, can it fight back,” he said.