With great sadness and sense of loss, the World Socialist Web Site reports the death of Beryl Hood, a long-time member of the Socialist Equality Party (SEP) in Australia and its predecessor, the Socialist Labour League (SLL). 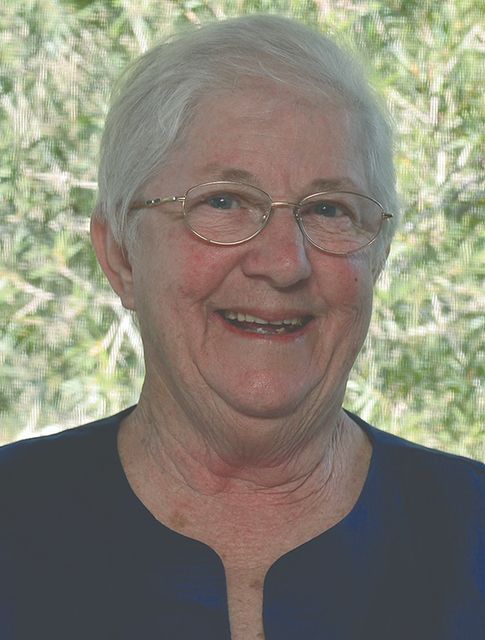 Comrade Beryl, 78, was a member of the Trotskyist movement for more than 40 years, having joined the SLL in 1975 at the age of 37. She died of a brain tumour on March 21, just three and a half months after the malignancy was diagnosed. Beryl spent her final weeks in a nursing home at St Marys in western Sydney, the area where she lived and worked tirelessly as a party member for many years.

Beryl is survived by five of her children, now all adults—Brett, Scott, Bronwyn, Julian and Melanie—and seven grandchildren. Her eldest son, Peter, died at the age of 41.

Beryl left a deep impression on everyone who knew and worked with her, especially her comrades in the SEP and internationally. Always warm and approachable, she was unwavering in her loyalty and dedication to the Trotskyist movement and its fight for the emancipation of the working class through the world socialist revolution. The party became her lifelong passion; she was honest, forthright, compassionate and generous—a fine and steadfast representative of the most advanced layers of the working class.

Internationalism animated every aspect of Beryl’s political life. She was intensely hostile to all forms of nationalism, especially Australian nationalism, which have always been used to pit workers against each other and divert them from a common struggle against the capitalist profit system.

Born during the Great Depression, Beryl was part of a generation whose parents were inspired by the victory of the working class in the 1917 Russian Revolution, led by Lenin and Trotsky but betrayed by the Stalinist bureaucracy’s nationalist perspective, which led to the degeneration and eventual liquidation of the Soviet Union.

The youngest of six children, she was born Beryl Maurice on November 29, 1938, less than a year before the outbreak of World War II. That war was to see millions of workers sent off to fight and kill each other, yet again, in the second global imperialist slaughter within a generation.

Her father, a plumber, was either a member or close supporter of the Communist Party of Australia (CPA), which had been founded in 1920 in response to the October 1917 Bolshevik-led revolution, but, by the 1930s, had degenerated into a satellite of the Stalinist regime in the Soviet Union. During World War II, Beryl’s father was jailed for about six months for opposing conscription, in line with the CPA’s initial condemnation of the war, following Stalin’s notorious 1939 pact with Hitler. Once the Nazis invaded the Soviet Union in 1941, the CPA became an ardent defender of the war.

After the war, Beryl grew up in a household that remained strongly influenced by the CPA. She was 18 when Soviet leader Khrushchev delivered his 1956 secret speech outlining some of the crimes of Stalin, and then ordered in tanks to put down the Hungarian revolution.

By then, Beryl had left school, at the age of 15, trained as a stenographer and begun secretarial work. She later separated from her first husband, Geoff, with whom she had four children. With no money, except for miserly government child endowment payments, she was eventually allocated a house in the then-new public housing estate of Mount Druitt, in Sydney’s far west.

There Beryl had two children with her second husband, Rick, who later died of cancer. She was left to raise the six children on her own, facing immense difficulties in an increasingly impoverished neighbourhood, characterised by high levels of unemployment and poverty and myriad social problems.

In mid-1975, in what was to become the turning point in her life, Beryl met members of the SLL. They were doorknocking her area, selling copies of the party’s newspaper, Workers News, to workers and their families and discussing Australian and world politics.

The SLL had been founded in 1972 as the Australian section of the International Committee of the Fourth International (ICFI), reestablishing the fight in the Australian working class for the revolutionary socialist and internationalist program of the world Trotskyist party. This proved extremely attractive to Beryl. She had been hostile to the illusions created among layers of workers and middle class people in the reformist Labor Party government of Gough Whitlam. Ending 23 years of conservative rule, Whitlam’s government had come to office on a wave of enthusiasm among workers and youth. Beryl, however, always insisted that the Labor Party, far from representing some kind of socialist alternative, was a capitalist party.

Upon joining the SLL, she became an avid reader of the party’s press and the works of Marx, Engels, Lenin and Trotsky, and an indefatigable campaigner for the party’s program in the working class.

Despite the difficulties she encountered in raising her family as a sole parent, she became actively involved in the party’s work, selling Workers News outside factories, in shopping centres and on doorknocks, pasting posters for party public meetings and discussing the party’s analysis and program with party supporters.

“The party played a huge role in her life,” her youngest son Julian commented. “Bringing up kids in an economically depressed area was very difficult. There were no jobs. It was tough.” He went on to observe that if Beryl had not been a party member, she could not have developed into the strong woman she was. “The party did more to help her politically and give her a moral grounding in life.”

At the same time, Beryl was devoted to her children and did everything she could to assist them. “She played a big role in my life,” Julian said. “She was tough and fiery. She had to be strong because of the life she led. But she was always encouraging me politically.”

The 1985–86 split in the ICFI, which saw the defeat of the national opportunists in the British Workers Revolutionary Party (WRP), further strengthened Beryl’s political understanding of and commitment to the internationalist principles that had attracted her some 10 years before. She played an active role in the fight against the supporters of the WRP leadership inside the SLL, and participated, to the very best of her ability, in the subsequent renaissance of Marxism within the ICFI.

During the 1990s, after working in several part-time jobs for some years, including as a clerical worker, Beryl joined the party’s full-time staff, serving on the editorial board and later in the party’s print shop. She strongly supported the transformation of the SLL into the SEP in 1996 and, above all, the launching of the World Socialist Web Site in 1998. Beryl read the WSWS every day, and was immensely proud of the breadth and depth of its daily analyses, the ongoing development of new and ever-younger writers, and the site’s growing influence and audience.

In 2007, then 68, Beryl stood as an SEP candidate on the party’s 15-member slate for the Legislative Council in the New South Wales state election, helping to strengthen the party’s fight for the building of a new revolutionary leadership in the working class.

Throughout the party, among both her long-standing comrades and newer members, Beryl was a source of inspiration. She was deeply committed to the principles and program of the party and could always be relied upon to provide frank, honest and objective opinions based on the interests of the working class. Never overwhelmed by the difficulties of her personal situation, she understood adversity in its historical, political and social context and fought to change the world by educating herself and the working class in the fight to end capitalism.

Beryl was extremely proud of her children, and would talk about them often. She was also attentive toward her comrades, especially when they faced illnesses or other personal difficulties. Her youngest daughter, Melanie, said: “My mother survived hardship that no one should ever have to. Being in the party gave her purpose. She was very passionate about her politics. She stood up for what she believed in, consistently, and definitely spoke her mind. She was also a very devoted mother and grandmother. She genuinely cared about all the people in her life, in the party and her family.”

Comrade Beryl often spoke with pride of having been born in 1938, the year of the founding of the Fourth International. “It was an important year,” she would say. To the end, she was an intensely political person, even talking to ambulance paramedics, as they were taking her to hospital, about the economic and social crisis confronting workers. She will be deeply missed by all her comrades, as well as her children, grandchildren, other family members and friends.