Large turnout for Ann Arbor, Michigan meeting on centenary of the Russian Revolution

David North, the chairman of the International Editorial Board of the World Socialist Web Site, continued to deliver lectures this past week on the significance of the Russian Revolution.

On Wednesday, November 8, he spoke to a large and highly engaged audience at the University of Michigan in Ann Arbor. The event, hosted by the International Youth and Students for Social Equality at UM, came after several successful meetings in California the previous week. 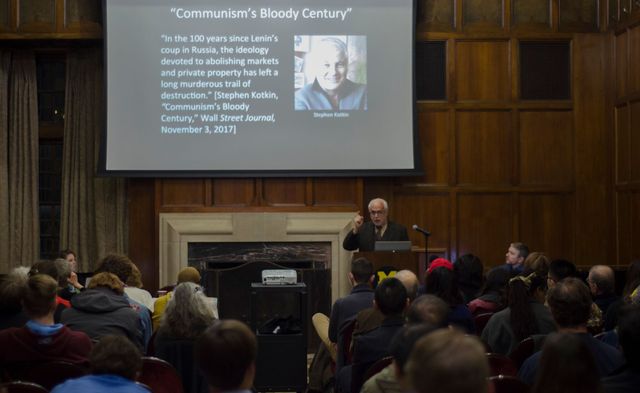 David North speaking at the meeting

Speaking exactly 100 years and one day after the working class seized power in Russia, North reviewed the global impact of the October Revolution, its origins and its political significance for today, a new period of war and revolution.

The audience of over 80 people was very engaged. Many stayed long after the lecture for further discussion, and to purchase literature on the Russian Revolution.

Reporters from the WSWS spoke to some in attendance.

Joey, a biology student, said, “I skipped part of my class for this. I didn’t know anything about the Russian Revolution beforehand. The lecture explained the importance that it had for the world. The biggest thing I took away was the need to be more involved in politics.

“I don’t like capitalism because I can see that a lot of the things that come from it are negative, the income gap, planned obsolescence.” 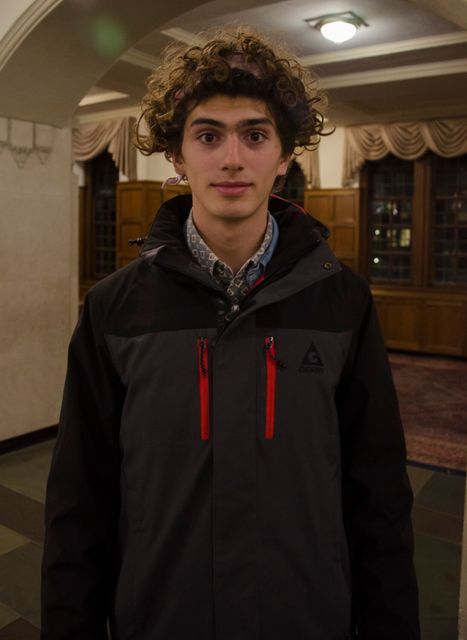 Joey also talked about North’s response to a question from the audience about criticisms of the “violence” of the Russian Revolution. North responded to the comment that denunciations of “revolutionary violence” always remove the counter-revolutionary context of the event, ignore the role of the ruling class in fomenting violence, and justify the violence under capitalism as legitimate.

“I thought his response was really good. I am naturally anti-violence, but I can see the point about how the rich, under capitalism, get to justify death and commit violence as they see fit… He explained the necessity of violence in defending the Russian Revolution. People living under capitalism, in poverty and all the wars, their conditions are just as violent today. I found the point on the Nuremberg trials to be important, I think America should be held to account just the same [for its “crimes against peace” in the imperialist wars of the last quarter century].”

Sean, a graduate student in Public Policy, said “There is absolutely a relevance [for the October Revolution]… I think this sort of event is really important, and not just for people who are already knowledgeable. I think it’s frustrating the misconceptions people have of the Russian Revolution.”

Grason, a mechanical engineering student with a minor in philosophy said, “I thought it was very interesting. The speaker was excellent. I’m definitely convinced that the October Revolution was more important than I had previously thought.” 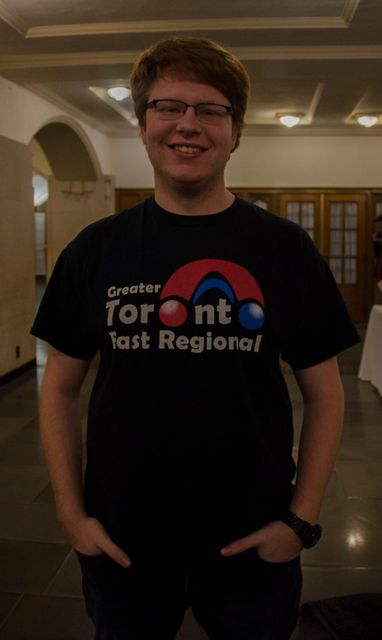 Commenting on a point that David North made in the lecture, Grason said, “The idea that we are living in the same historical epoch as the October Revolution was interesting. I’ll have to think more about [this question].” Later he added, “I think there is a strong sense that something has to change.”

Aditya, an engineer living in the area, commented on the portion of the lecture that took up the response of the press to the events of the October Revolution, which has gone from proclaiming the irrelevance of the revolution to warning that it could happen again. “I think I got a really intuitive understanding about what’s going on among the so-called ‘thought leaders.’”

“I’ve been to earlier meetings on campus. I like the way the talks are given. It makes you feel that you are not just alone at a computer… that there are other people thinking the way you do.”