The “Radical Russia” exhibition in Norwich is a small affair compared to some of the blockbuster shows marking the centenary of the October 1917 Revolution that have been mounted in London and internationally. But that should not discourage anyone from going.

The curators, Russian history professor Peter Waldron assisted by Jamie Freeman and Ryan Hale, have carefully selected objects to reflect the different fields of avant-garde art—providing a welcome, serious historical narrative about its development before and after the Bolshevik Revolution.

A bonus is the parallel exhibition at the Sainsbury Centre, “Royal Fabergé,” which contrasts the opulence and exclusivity of Tsarist Russia with the broader, democratic aspirations nurtured by the revolution.

Unlike other exhibitions this year, “Radical Russia” does not treat the October Revolution as some sort of historical mistake or a detour from Russia’s natural development, or portray artists as dupes of a Bolshevik propaganda machine. 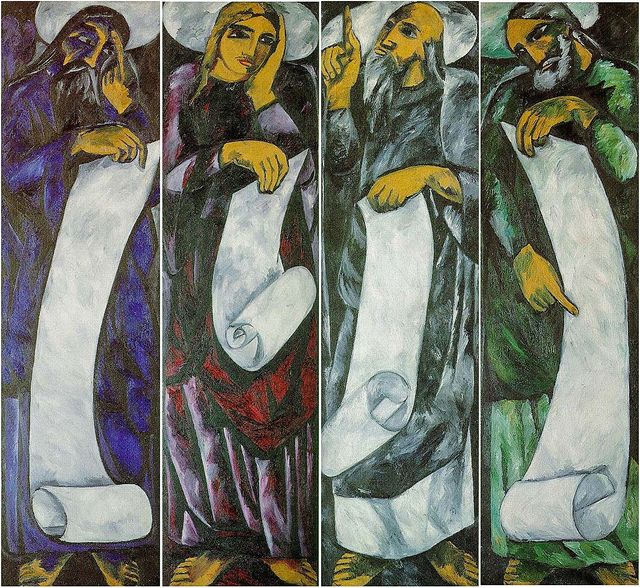 It methodically documents the disintegration of the 300-year-old Romanov regime confronted by rapid industrialisation, urbanisation, society “at all levels… in a state of flux” and the immense impact of the First World War.

St Petersburg, the imperial capital that was to become the centre of Bolshevik influence and support, “encapsulated the tensions that ran right through the empire.”

The exhibition catalogue explains how the Romanovs sought to enforce a policy of religious Orthodoxy, autocracy and “Holy Russia” nationality, “rejecting popular participation in national government until the threat of economic and political collapse forced the government to make concessions” after the 1905 Revolution. It points out how “Nicholas II and his advisers treated the new parliament with disdain and sought to hedge its power with as many restrictions as possible.” 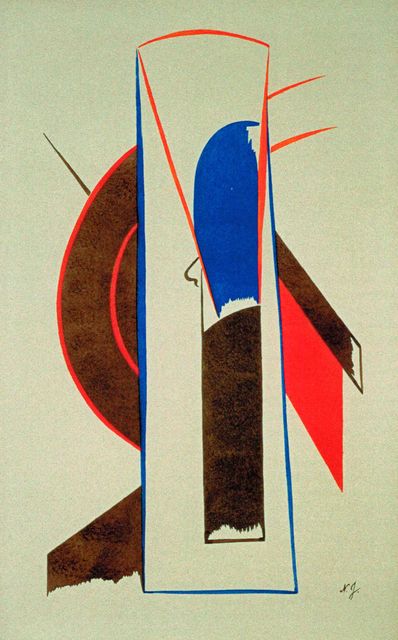 “By the time the war broke out in 1914 almost every section of Russian society felt betrayed by the autocracy, in particular the peasants and the growing number of urban workers. The peasants increasingly resented being exploited by the nobility and governing elite, reforms had little or no effect on the everyday lives of the peasantry. Although the war exacerbated these social problems, even before 1914 a revolution was inevitable,” the catalogue concludes.

In the artistic sphere, the catalogue explains how “the oppressive Tsarist state, with its fierce censorship system, made it difficult for Russians to engage in open discussion of social and political issues and so painters used art to make profound arguments about the conditions of the day.”

Most painters, though recognising themselves as part of an international art movement, still expressed their “rebellion” within the confines of Russian religious and nationalistic imagery, including many avant-garde artists who were later to support the revolution. One gets the impression that avant-garde art and artists had reached an impasse and only revolution could save them. 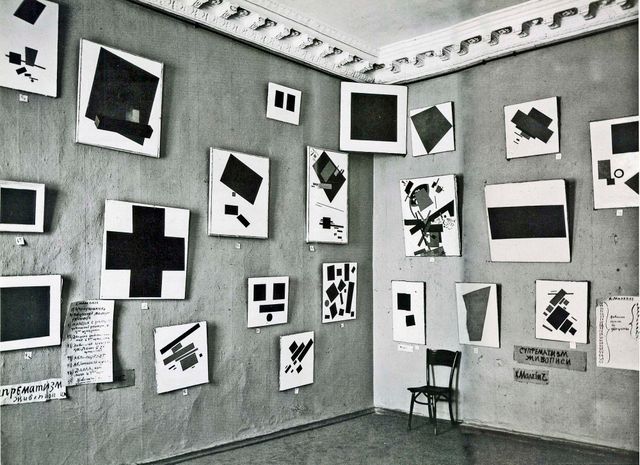 Malevich’s Black Square and other works during the “Last Futurist Exhibition of Paintings 0.10”, December 1915

For example, the religious content of Natalia Goncharova’s Evangelists of 1911 is plain to see. Nevertheless, it was deemed blasphemous by the Holy Synod along with 22 paintings, which the church attempted to ban in her 1914 St Petersburg exhibition. After the revolution, Gonchorova became a pioneer of the new art, which is represented by the simple, vibrant portrait of ballet impresario Serge Diaghilev (1919) on display.

At the same time as Kazimir Malevich was painting his famous Suprematist Black Square (1915)—a photograph shows how it was displayed in the top corner of the “Last Futurist Exhibition of Paintings 0.10 [Zero-ten]” where a religious icon would traditionally hang—he was also producing patriotic pro-war postcards such as “An Austrian Went to Radziwill and Came Right On to a Peasant Woman's Pitchfork.”

The exhibition explains how artists before the revolution were at the whim of wealthy patrons. Railway magnate Savva Mamontov cultivated the work of Mikhail Vrubel, an artist remembered for his paintings of tortured demons and “who explicitly rejected the concept that art should have a social purpose.” 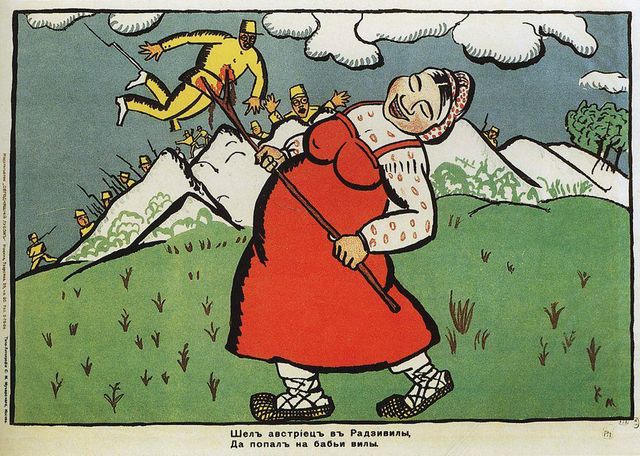 Prosperous Moscow merchant Nikolai Riabushinky supported the Blue Rose symbolist art group, “many of whom wanted to use art as an escape from reality and instead to depict an ideal and sometimes fantastical world.”

“The October revolution fundamentally reshaped Russian culture,” the catalogue insists. “Coming after more than three years of war, the October revolution unleashed a wave of enthusiasm for a new order and many artists flocked to the Bolshevik cause, even if they had only limited experience of political engagement.”

“Entirely unexpectedly, the subversive and sometimes scandalous men and women who had developed a uniquely Russian modernist approach to art found themselves in a position to promote their radical ideas right across the new Bolshevik state.” 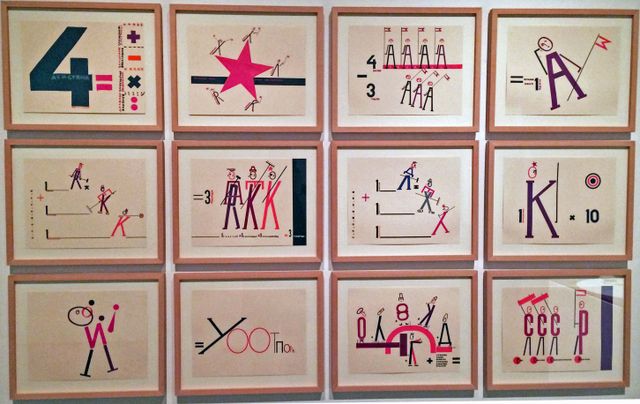 “Russia’s radical artists experienced a decade of extraordinary creativity and energy after the revolution. They were able to take advantage of the Bolsheviks’ enthusiasm to extend the revolution into every aspect of Russian life, and the new social and cultural freedom of the 1920s in the Soviet state meant that the avant-garde could experiment and gain mass audiences for their work.”

This analysis is a rebuke to those who claim the Bolsheviks had little support from artists and tried to crush the avant-garde movement.

In 1918 the Constructivist Vladimir Tatlin, famous for his proposed “Monument to the Third International,” a model of which is displayed outside the Sainsburys Centre, was appointed Moscow head of the art department of the Commissiariat of Enlightenment (Narkompros). Malevich joined him. Marc Chagall set up a People’s School of Art in Vitebsk in modern day Belarus, attracting the likes of El Lissitzky, whose stunning educational tool “Four Fundamental Ways of Arithmetic” is on display. 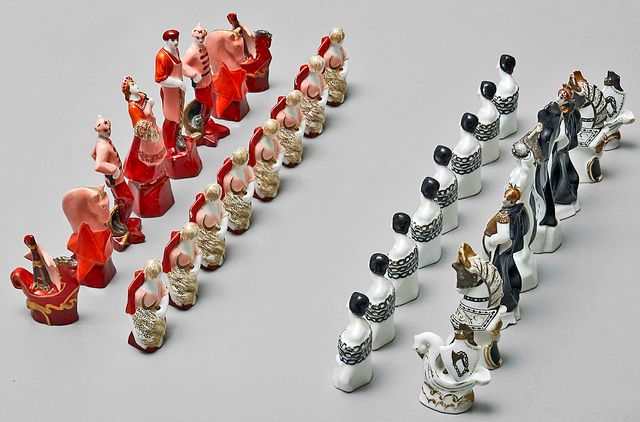 Between 1918-21, as civil war raged, Narkompros set up 36 new museums that were educational enterprises populated by artists, engaged in intense discussions about the direction they should take and how to develop new imagery. Many became involved in designs for the rapid house building programme and the production of everyday objects.

Serge Chekhonin, for example, who was involved in the creation of the hammer and sickle symbol, became artistic director of the Imperial Porcelain Factory and took on highly talented designers including Natalia Danko, whose “Reds and Whites” chess set is on display. It consists of peasant women red pawns backed by industrial workers and soldiers pieces opposing white pawns bound by black chains overseen by a skeletal white king.

Danko’s sister remarked, “Anyone who remembers the Petrograd of those years—the jagged wilderness of its avenues and its deserted houses plunged into darkness and cold, their windows starred with the traces of recent bullets—will remember too the window-display of china… Passers-by would stop at the window and gaze long at the china. This china was a message from a beautiful future.” 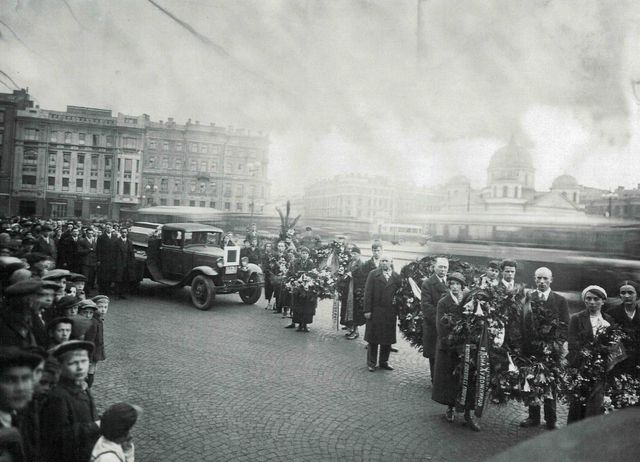 To its credit the Radical Russia exhibition steers away from the “Leninism inevitably led to Stalinism” falsification prevalent elsewhere. It points to the material reasons for the degeneration of the revolution and the bitter disputes over “Socialism in One Country,” forced collectivisation and industrialisation as Stalin rose to power. Unlike other exhibitions, Trotsky and the Left Opposition are mentioned regarding the struggle against Stalinism.

With the rise of Stalinism, art schools were closed, exhibitions cancelled and celebrations staged that “lost the novelty and spontaneity of the first years of Bolshevik power.”

In their place socialist realism was enforced. As a result, artists emigrated, committed suicide, were executed or forced into obscurity. The catalogue ends with a poignant photograph of Malevich’s sparsely attended funeral procession in 1935, his coffin in Suprematist design on the back of a lorry with a replica of his Black Square fixed to the hood.