Patricia Noonan Jukovsky, an active member of the Trotskyist movement during the period of the struggle against the imperialist war in Vietnam, died on November 30 at the age of 69. She succumbed to lung cancer two years to the day after her diagnosis.

Pat was the devoted wife and companion to Martin Jukovsky, a founding member in 1966 of the US Workers League, the predecessor organization of the Socialist Equality Party. Marty remains a staunchly committed supporter of the SEP, active in the editorial work of the World Socialist Web Site as well as on social media. 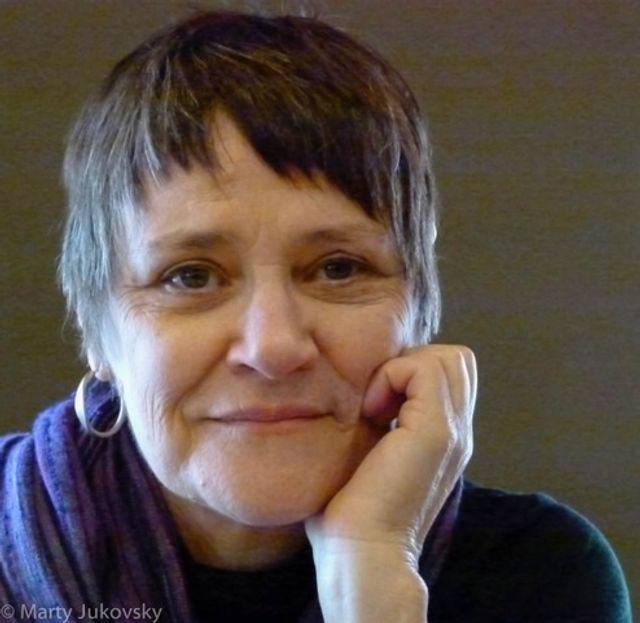 Pat was born on December 22, 1947 in Beekmantown, New York, in the North Country, not far from the High Peaks of the Adirondack Mountains and close to the Quebec border. She was raised on a dairy farm, along with her six siblings, by her parents Daniel and Virginia Noonan. Pat exhibited an early anger against injustice, hypocrisy and prejudice. She attended Plattsburgh State University for one year, where she was part of a largely working class student body.

After moving to New York City in 1967, Pat resumed her studies at the New School in Manhattan. Soon after her arrival, she met Marty Jukovsky, who became her lifelong companion. They married in 1969 and their relationship would last 50 years.

Pat soon joined the Workers League. For a number of years, she was active in New York, especially in the political struggle within the anti-war movement against the pernicious influence of the Stalinist Communist Party and the ex-Trotskyist Socialist Workers Party. Both of these political tendencies worked to tie the student protest movement to the Democratic Party, in opposition to the fight for the political independence of the working class.

Although she left political activity in the 1970s, Pat never lost her sympathy for Trotsky’s courageous struggle against the Stalinist degeneration of the Russian Revolution, or her belief in the necessity of a worldwide socialist revolution.

She, like many others, had been radicalized during the turbulent period of the late 1960s and 1970s. The postwar capitalist boom was unraveling. The deepening crisis of American and world capitalism found its expression in the imperialist aggression in Vietnam, alongside the escalating class struggle in the US. Millions of students and working class youth, in the US and internationally, looked for a way to fight poverty, inequality, war and dictatorship. The most advanced found what they were looking for in the Trotskyist movement.

In 1971, Pat and Marty moved to Cambridge, Massachusetts. She entered the printing trades and worked as a typesetter for most of the next two decades. In the early 1990s, desktop publishing wiped out typesetting jobs such as Pat’s. For the next 19 years, she worked as a proofreader and then a web designer at the Massachusetts Medical Society.

After retiring in 2010, she went on to teach English as an adjunct professor at Middlesex Community College in Lowell, Massachusetts. Pat’s rapport with her working class students, mainly immigrants and the children of immigrants, was immediate. Her style of teaching­—her eagerness to relate the readings to students’ lives and concerns, her willingness to adjust rules to a student’s circumstances, her ability not only to speak at length but to listen carefully—won the confidence of young people. She patiently but firmly showed her students what they were capable of.

Pat’s identification with the working class and its struggles was also manifested in her generosity and helpfulness toward young people, including her daughters’ classmates and friends. The Jukovskys literally opened their home to many who needed support and someone in whom to confide. Pat touched the lives of scores of young people, many of whom have remembered her on Facebook since her death.

At Pat’s burial on December 5 in Cambridge, many of the 70 in attendance spoke movingly at graveside about how she had affected and in some cases changed their lives.

Pat is survived by her husband Marty, her immediate family, as well as a large extended family.

Pat was a woman of principle, a fighter, with strongly held views about politics, war and social inequality. To her last days, she never wavered in her confidence in the human race. A convinced atheist and materialist, she was totally unafraid of death. Her optimism, high spirits, intelligence, wit and good humor will be warmly remembered by her friends and family.