Part 2: Who betrayed the Manouchian Group?

In the 1980s, amid rising working class anger against the austerity policies and factory closures of the social-democratic/Stalinist coalition government of François Mitterrand, a debate erupted over the Stalinist French Communist Party’s (PCF) handling of the Manouchian Group. Manouchian’s widow Mélinée and Simon Rajman, the brother of Marcel (shot at Mont-Valérien prison) accused the PCF of abandoning the Manouchian Group, which was, itself, conscious of the fact that it was being tailed by police.

In 1943, members of the Manouchian Group requested to be transferred to cities in the southern provinces, to continue fighting there. The PCF refused. Since they were being ordered to carry out ever more dangerous actions, Manouchian raised his concerns with his wife. Speaking of the PCF leadership, he said: “I think they want to lead us to our death.”

In the famous letter he wrote to his wife, composed shortly before his execution by the Gestapo, he stressed that he bore no ill will towards the German people. Manouchian wrote: “I forgive all those who hurt me or who wanted to hurt me, except the man who betrayed us to save his skin, and those who sold us out,” in what is thought to be a reference to the PCF leadership. 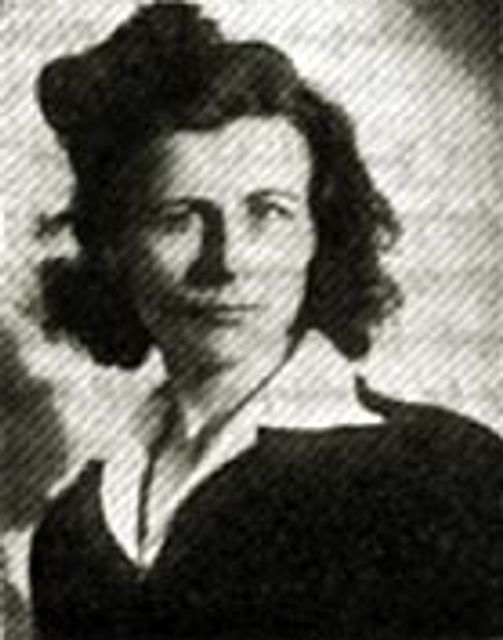 The 1983 film by Mosco Boucault, Terrorists in Retirement, which was banned by French television for two years after its completion, vindicated the accusations made by Manouchian, and repeated, after his death, by Mélinée.

Louis Gronowski, a liaison officer between the PCF underground Resistance leader Jacques Duclos and the FTP-MOI leadership, coldly defended the decision to sacrifice the Manouchian Group: “For security reasons, we sent some militants to hide. … But we needed some to stay and fight. Yes, in every war there are those who are sacrificed.”

In this debate, Tchakarian intervened to defend the PCF. In a 1986 book, The Sharpshooters of the Red Poster, he opposed Mélinée Manouchian’s accusations and advanced, instead, the theory that Boris Holban, military chief of the Paris FTP-MOI before Manouchian, bore sole responsibility for the group’s demise. Tchakarian would write two more books on the FTP-MOI, Those Shot at the Mont-Valérien (1991) and The Commandos of the Red Poster (2012).

Behind the attempts to justify the PCF’s handling of the Manouchian group, there lay, and still lie, powerful class interests. Having betrayed the revolutionary struggles of the Liberation and the May–June 1968 general strike, the PCF had become a cornerstone of capitalist rule. By falsely presenting the struggle against Nazism as simply a national liberation struggle, compatible with alliances with French imperialist politicians, the PCF sought to subordinate the spontaneous anti-fascist sentiments of the workers to the right-wing policies of the former Vichy regime official, Mitterrand.

Criticizing the PCF’s record in the Resistance and its murderous hostility to Trotskyism, however, implicitly risked questioning the Western European Stalinists’ policy of saving the collaborationist bourgeoisies, and posing the question of socialism as the historical alternative to European capitalism.

The petty-bourgeois tendencies that broke with Trotskyism and the International Committee of the Fourth International (ICFI) played a major role in maintaining the political silence surrounding the demise of the Manouchian Group. The Pabloite Ligue communiste révolutionnaire and Pierre Lambert’s Organisation communiste internationaliste had adopted the false, nationalist perspective of backing the Socialist Party (PS)-PCF Union of the Left alliance, in a distant echo of the social-democratic/Stalinist alliance during the Liberation. In their writings on the Manouchian Group, they downplayed or covered up its links to the Left Opposition, seeking not to disturb their alliances with the PS and PCF.

The question as to why the PCF and FTP partisan leaderships decided to sacrifice the Manouchian Group is still not fully clarified. However, it was part of the broader campaign of political genocide targeting the Marxist and internationalist opposition to Stalinism, led by Trotsky, that culminated, after the campaign of slanders during the Moscow Trials, in Trotsky’s assassination and the PCF’s nationalist, pro-capitalist policy after World War II.

A former FTP commander in northern France, Roger Pannequin, criticized the PCF’s decision to downplay the role of immigrants in the resistance after the war: “In truth, it was for narrow nationalist reasons that the experience of the immigrant groups was downplayed. This allowed for the claim that it was the ‘FTPF’ that resisted. But we must insist that the FTPF never existed. It was the FTP. The final ‘F’ was only added after the Liberation, in an attempt to show we were true-blue nationalists.”

Pannequin also criticized the PCF’s cynical maneuvers to cover up the Stalin-Hitler pact, including its handling of the MOI immigrant sections of the FTP: “When a communiqué was needed, it was the MOI boys who were sent to do the work. … It’s to make people forget the betrayal, the tacit but real policy of collaboration with the Hitlerians, that they were given the order to plunge head-first into action in 1942, that the craziest missions were carried out, first of all, by immigrants.”

The Stalinist leadership did not stop its murderous vendetta against the Trotskyists during the war and the Nazi occupation. Warned in August 1943 of the Trotskyist sympathies of elements of the Manouchian Group, according to former PCF official Auguste Lecoeur, the PCF leaders would have been ready to do anything to crush the danger of the emergence of a mass resistance movement in the working class, hostile to the crimes of Stalin.

Indeed, the head of the Stalinist resistance, Jacques Duclos, was trained in clandestine operations by joining in the assassination campaign against the Fourth International, which led to Trotsky’s assassination and that of his secretaries Leon Sedov, Rudolf Klement and Erwin Wolf.

These assassinations continued, during World War II, inside the French Resistance, with such crimes as the Stalinist murder of the Italian Trotskyist Pietro Tresso. Known as Blasco, he was a founding member of the Italian Communist Party, together with Antonio Gramsci. He had joined the Left Opposition and was a member of the Trotskyist movement in France when French police arrested him in 1942.

After the Resistance organized a mass escape of dozens of fighters from the Puy-en-Velay prison, Blasco died in October 1943, killed on the order of the PCF and possibly of Stalin himself. Three other Trotskyists—Pierre Salini-Ségal, Abram Sadek and Jean Reboul—were murdered together with him, as they were fighting in the FTP maquis (rural resistance militia) of Wodli, in the mountainous Auvergne region.

A month later, the Manouchian Group, ordered by the PCF to remain in Paris on pain of execution for disobeying military discipline, was captured by French intelligence.

Tchakarian’s political fate at the end of his life illustrates how Stalinism and Pabloism continue to disarm masses of people today, in the face of the rise of neo-fascism. 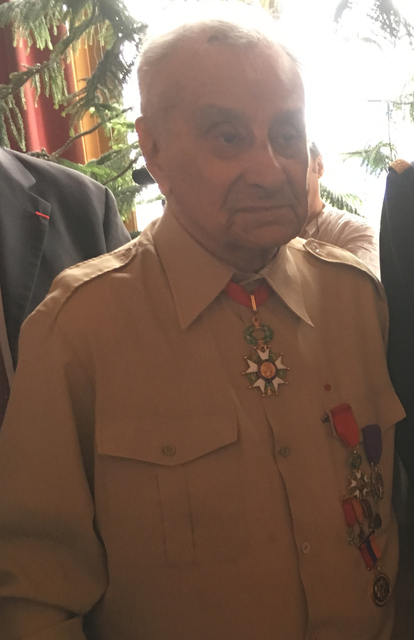 Despite the betrayals and confusion caused by Stalinism, however, the fame of the Manouchian Group remains well-deserved.

In the coming period, its internationalism and its ties to the Left Opposition will increasingly attract the attention of workers and youth entering into struggle. The bankruptcy of the French political regime, and of the Stalinist and Pabloite forces, has become ever clearer, amid the deepest economic and geopolitical crisis of world capitalism since the 1930s. The Manouchian Group’s early communist loyalties, its political struggle and its sacrifices, still constitute a powerful example of revolutionary courage and determination.