“Workers in the US, Mexico and Korea should all stand up”

The WSWS Autoworker Newsletter is holding an emergency online meeting Wednesday night at 8 p.m. EST/7 p.m. CST. The meeting will discuss a strategy for GM, Lear, and all other autoworkers to unify their struggle against the companies and the corporate-controlled UAW. To receive information on how to attend, text Autoworker to 555888, or register here.

Yesterday’s announcement by General Motors executives that the company will slash 14,700 production and salaried jobs and close seven facilities globally has triggered shock and outrage among GM autoworkers.

The World Socialist Web Site spoke with workers from the Lordstown Assembly Plant in Warren, Ohio, which is one of five North American facilities slated to close next year. The others include the Detroit-Hamtramck Assembly plant and the Oshawa Assembly Plant, outside of Toronto, Ontario. Another two plants outside of North America will also be closed, in addition to an already announced Korean plant, but they have not yet been named.

“This is a global war,” said Mike, who has 36 years at the Lordstown plant. “They’re cutting benefits. They’re cutting jobs. The UAW [United Auto Workers union] is part of it.”

Mike said that younger workers “have kids and have bought homes. I just talked to a guy who just bought one. He doesn’t know what he’ll do. It was a sullen day today. There are guys with two or three years, kids in school, parents in the area so they can’t leave. They’re laid off, no unemployment, no benefits, and if they get called back, they’ve got to start all over again with no seniority.” 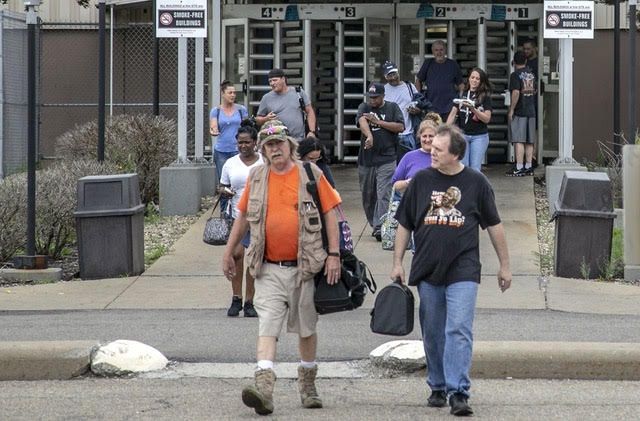 Lordstown workers on last day of the second shift in June

Other workers described the impact that the closure would have on the community. The Lordstown plant, opened in 1966, is located just outside economically depressed Youngstown, a former steel center ravaged by decades of deindustrialization.

Jack, who recently retired after working for 31 years at the plant, said the closure would have a further roll-on effect. “Lear is going to stop as well. Amalgamated is going to stop. The truck haulers who bring stuff to this plant will stop. There are nearby stamping plants that make material for Lordstown, and they will close too.”

One worker was so shocked by the announcement that she could only say, “I can’t even go through it right now. It’s a bad situation. It’s the most heartbreaking thing that’s ever happened to me.”

The number of employees at Lordstown has been steadily reduced from over 4,500 to just 1,600 in recent years, with the collaboration of the UAW. In June, the union oversaw the ending of the second of three shifts, bringing the workforce down from approximately 3,000 to 1,600.

One worker who was laid off in June, after having worked for eight years at Lordstown, said, “I didn’t get any SUB pay and my unemployment is just about out. When we were laid off everyone thought that we would get called back in a few months or a year. I have a new born baby and I don’t know what I’m going to do. I’ve been looking for work, but all there is are a lot of part-time jobs that don’t pay anything. Now they are closing the first shift.”

There is a widespread belief among workers that the UAW was well-informed about the decision. Many workers expressed anger and contempt over the UAW’s collaboration with management in slashing their jobs and conditions.

“This didn’t just happen this morning,” Mike said. “It had to have been planned and the workers were not informed. They’re hiding things from us.”

Mike referred to the ongoing corruption scandal exposing payments by Fiat Chrysler to high-level UAW officials. The bribes were paid during negotiations for the 2009 and 2015 contracts, which included major attacks on workers. “As we sit here and speak, the union is building a new cottage for the former UAW president. And the money that went to them from Chrysler I’m sure came from Ford and GM as well.”

“Look at the scandal that happened,” he said. “Yet what do they get when they get to court? A year in jail! It’s a slap on the wrist. I’d go to jail for a year for a couple million.”

The worker who was laid off in June commented, “The union is not fighting for us. They are part of the problem. GM may promise a new line, but they will want everyone to take even more concessions and the union will tell people to vote for it to save your job.”

Like the job cuts announced on the eve of labor contract talks in 2015, the plant closings are a shot across the bow to 150,000 autoworkers at GM, Ford and Fiat Chrysler whose US contracts end in September 2019. GM officials said the final fate of the plants in Michigan and Ohio will be the subject of negotiation for a new four-year contract with the UAW. 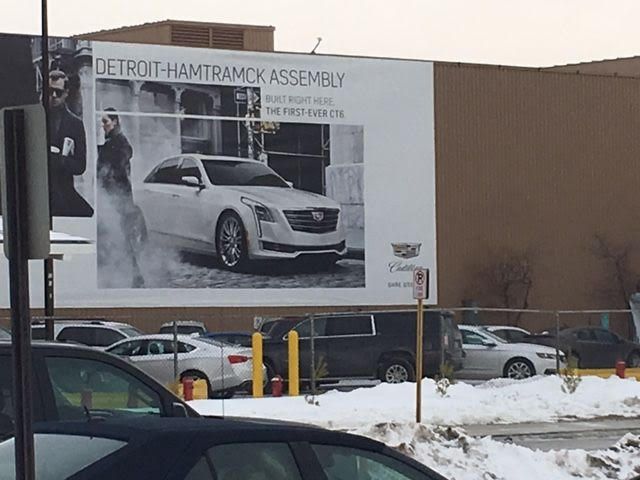 Jack also thought that GM would use the threat of mass layoffs to achieve further cuts to workers’ conditions. “It wouldn’t surprise me if they keep it closed for at least a year, and then begin a rumor that they might reopen, if people are willing to accept part-time, temporary positions, and start at $10 an hour,” he said.

“[UAW Vice President] Cindy Estrada set up a deal to outsource workers here,” he commented. “These people [the UAW officers] think they never have to account for anything and live permanently at their office. When people have to fight a battle on an empty stomach anything can happen. I think there’ll be a wildcat. You’ll see action coming from UAW members. I’m not talking about Solidarity House. I’m talking about UAW workers. This plant has a fighting reputation. It always has.”

Another worker who was laid off in June, who had 10 years’ at the plant, said, “The UAW International owns stock in GM; that pisses us off. We are the ones out on the floor making the product. If they give us a benchmark or a quota, we will hit it nine out of ten times. People take pride in what they do. You bend over backwards, and you still get laid off.”

“You can tell they planned this,” he added. “Every time the contract comes up, they try to scare people. The feeling they want is ‘just be happy you have a job.’”

“We have the right to a decent living,” he continued. “Their profits keep going up and up. It took about 7 years for us to make what we should have gotten five years prior,” he said, remarking on the two-tier wage imposed on all new hires by the Obama administration as part of the 2009 bankruptcy restructuring carried out with the collusion of the UAW.

The worker discussed the idea of a 30-hour workweek at 40 hours pay, a demand that was long ago abandoned by the UAW. “You would get better quality work out of people and people would have time to see their families,” he said. “That would be awesome.”

“I would strike in a heartbeat. But you know the first thing GM would say is ‘we are moving production to Mexico.’ We can’t have just one plant walking. It would be awesome if we could get on the same page globally, and workers in the US, Mexico and Korea all stand up and say, ‘we’ve had enough.’”