Over the weekend, the Ecuadorian government issued a statement denying that it was going to “imminently” expel Julian Assange from its London embassy. This followed mounting opposition to its threats to terminate the WikiLeaks founder’s political asylum, including from United Nations bodies and other international rights organisations.

The statement was in response to WikiLeaks’ warning last Friday that it had received information from a “high-level source” within the Ecuadorian state that the government of President Lenín Moreno would expel Assange from the embassy, where he sought political asylum in 2012, within “hours or days.” 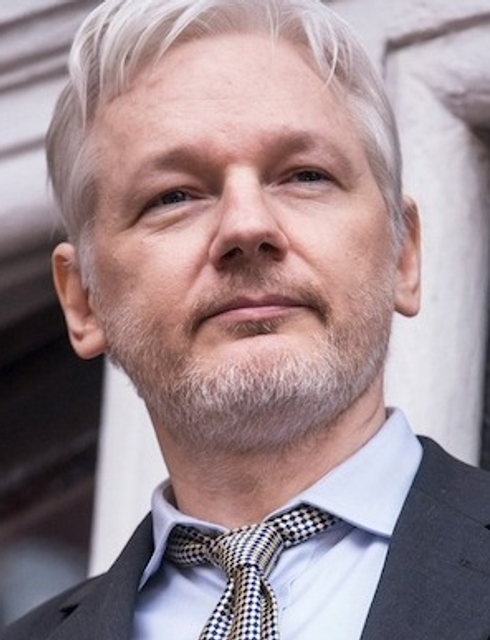 Significantly, the Ecuadorian statement did not deny that it had been preparing to evict Assange from the building. Nor did it give any guarantee that he would not be removed and forced into the custody of British police at some point in the future, only that it would not take place “imminently.” As WikiLeaks supporters have noted, “imminent” is a vague word that can be interpreted in different ways.

The statement also did not repudiate comments by the country’s foreign minister, Jose Valencia, on Friday, that his government had the right to “unilaterally” end political asylum, even though such action is in violation of international law.

It twice referenced the fact that WikiLeaks tweeted reports on the “INA papers,” documents which implicate the Moreno government in corruption, perjury and fraud. The regime has used the papers as a pretext for the stepped-up attacks on Assange, by making unsubstantiated claims that he was responsible for leaking them to an Ecuadorian opposition lawmaker last February.

The ongoing dangers confronting Assange were underscored by the entrance of two armed British police officers into the embassy on Sunday morning. It is not known what they did in the building for the several minutes they were inside.

WikiLeaks supporters who are maintaining a continuous protest in defence of Assange outside the embassy have documented large numbers of British police and what appear to be undercover operatives in the area.

This morning, Cassandra Fairbanks, an online journalist, filmed an unmarked car inexplicably shining a light, attached near one of its wheels, at the embassy. She tweeted that one of the operatives left the vehicle and asked assembled journalists what publications they were from, before “calling it in.”

The threatening police activities follow WikiLeaks’ allegation, over the weekend, that the British and Ecuadorian governments had already agreed to a “strategy” for Assange’s eviction.

The document made clear that the WikiLeaks founder would be immediately arrested by British police on trumped-up bail charges. This would facilitate extradition proceedings to the US, which is pursuing Assange for his role in WikiLeaks’ exposure of American war crimes, mass surveillance and illegal diplomatic intrigues.

More information has come to light about the sordid machinations leading up to the heightened threats to oust Assange from the embassy.

The UN’s first Special Rapporteur on the right to privacy, Joseph Cannataci, has published a timeline of his attempts to meet Assange. It suggests that a significant factor in the Ecuadorian government’s efforts to terminate the WikiLeaks founder’s asylum, was that its gagging and surveillance of him were coming under UN and wider international scrutiny.

According to Cannataci, he received an email notice and evidentiary documentation of a complaint by Assange and his legal team on March 29 alleging that the regime had violated his privacy. WikiLeaks lawyers have previously claimed that the Moreno regime was spying on Assange, on behalf of US intelligence agencies.

Cannataci’s attempts to meet with Assange on that day were unsuccessful, because the embassy did not answer or return his calls.

On the night of March 31, Cannataci emailed Ecuadorian authorities requesting a meeting with Assange. He did not receive any response throughout April 1.

On April 2, the Ecuadorian ambassador to Britain, Jaime Marchan, replied that the request for a meeting had been relayed to authorities in the capital. Shortly after, Cannataci received a complaint from Moreno, accompanied by a signed letter from the Foreign Minister Valencia, claiming that Assange had “violated” the Ecuadorian president’s privacy.

The same day, Moreno gave a hysterical interview, claiming that Assange had personally “hacked” the contents of his iPhone and Gmail accounts, which are among the INA papers, and that the WikiLeaks founder was responsible for the corruption scandal engulfing his government.

Marchan did not explicitly acknowledge or respond to Cannataci’s further request for a meeting with Assange on April 3, preventing it from going ahead. Within days, WikiLeaks claimed to have received information that Assange was about to be evicted from the embassy.

The timeline presents a damning picture of a corrupt and crisis-ridden regime, seeking to cover-up its violations of the human rights of a refugee publisher and journalist with lies, evasions and dirty intrigues. It explains why, many weeks after the publication of the INA papers, senior government figures suddenly began claiming Assange was responsible for the leaks. The Moreno regime knows that Assange had nothing to do with the leaking, because it cut off his internet access and communications in March 2018.

There is no doubt that these machinations were conducted in close collaboration with the US government, which has close ties to the Moreno regime.

The Ecuadorian threats coincide with the Trump administration’s jailing of Chelsea Manning. The US government has detained the courageous whistleblower, who leaked the US army’s Iraq and Afghan war logs and hundreds of thousands of diplomatic cables to WikiLeaks in 2010, for refusing to give perjured testimony against Assange before a Grand Jury.

This indicates that the Trump administration does not have a legal case for Assange’s extradition that could withstand judicial scrutiny. The ongoing exposure of the illegal intrigues of the Ecuadorian and British authorities will also complicate their attempts to terminate Assange’s asylum.

WikiLeaks’ determination to defend Assange and defeat the conspiracy against him found powerful expression in an interview with one of his lawyers, Jennifer Robinson, on Channel Seven’s “Sunrise” program in Australia, on Saturday.

Robinson noted that Assange had been granted asylum by the previous Ecuadorian government “for publishing information about war crimes, human rights abuses and corruption by governments around the world.” She recalled that Assange had received the Sydney Peace Prize and a Walkley Award for outstanding journalism in 2011.

Robinson stated that Assange had been compelled to seek asylum in the Ecuadorian embassy in 2012, because the then Labor government had not protected him. She called for the Australian government to intervene to secure Assange’s safe passage to Australia with a guarantee against extradition to the US.

Significantly, one of the hosts of the program stated that the Australian government “clearly needs to do more.” Her colleague expressed concern over Assange’s deteriorating health.

To secure the elementary demand outlined by Robinson requires the building of a mass political movement of workers, students, young people and all defenders of civil liberties, to force the Australian government to fulfil its responsibilities to Assange. This crucial fight is inseparable from the broader struggle against the turn by governments internationally to online censorship and authoritarianism, amid mass hostility to war and inequality, and an upsurge of the class struggle.