Auto and railway workers in Chennai, capital of the south Indian state of Tamil Nadu, have voiced their strong support for the global campaign by the International Committee of the Fourth International (ICFI) to defend WikiLeaks founder Julian Assange and US whistle-blower Chelsea Manning.

In line with the ICFI’s global campaign, the Indian Trotskyists are campaigning for public meetings they will hold in Sriperumbudur, 40 kilometres from Chennai, and in Kolkata, capital of the east Indian state of West Bengal, on September 1 and 15 respectively.

ICFI campaigners spoke with railway workers in Chennai as well as auto workers in the nearby Sriperumbudur and Oragadam industrial hubs, the largest concentration of auto and auto-parts manufacturing plants in India. Hundreds of thousands of workers from all over India labour under brutally oppressive conditions in these plants. 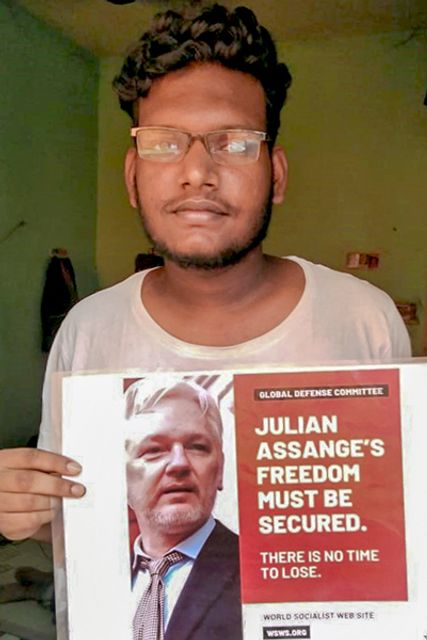 The Indian Trotskyists explained the significance of the ICFI-WSWS campaign to defend Assange and Manning and its relation to their struggle to build an international movement of the working class against imperialist war, austerity and dictatorship. Workers strongly denounced the US-led persecution of Assange and Manning and also explained how their own rights and living conditions are suppressed by the Indian ruling class.

Simiyon, 21, an apprentice at Hyundai Motors India, which has two plants in Tamil Nadu, said: “Julian Assange and Chelsea Manning have risked their lives to expose American war crimes. Both of these individuals should be released immediately.”

Simiyon voiced his anger over the recent law imposed by the Tamil Nadu state government which defined the auto component industry as a “public utility service,” effectively banning all strike action in the sector. The Hyundai Motors India plants in Tamil Nadu can manufacture 700,000 cars per year. 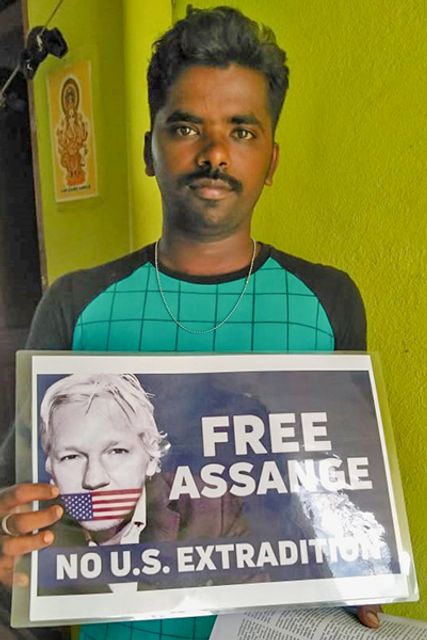 Thirupathi, who works at Dana, India Pvt Ltd, was unaware of the jailing and persecution of Assange and Manning. After discussions with ICFI supporters he said, “I’m surprised to learn the real truth—the truth about war, Julian Assange and Indian political issues. Apart from you, nobody talks about the Assange issue. I support Assange and I oppose war.”

“Every young person should oppose war,” he added, “and I agree, the capitalist system has to be overthrown all over the world. There’s no future for the working class in this system.” 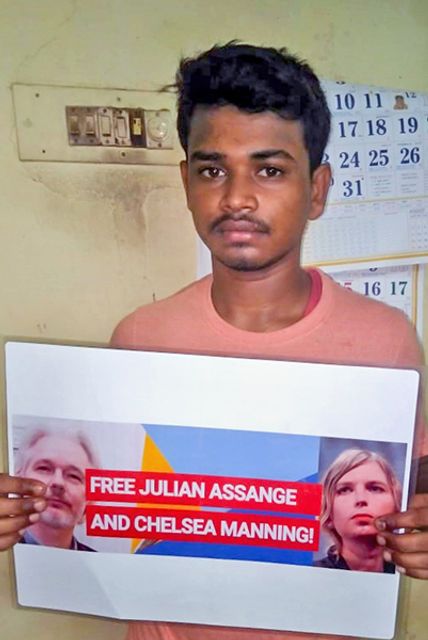 “I didn’t know about Julian Assange,” he said, “but after listening to you, I think he should be released immediately.”

Referring to the state and national bourgeois parties, Kumar said, “Politicians only come around during election time but they fail to solve any of the real problems we face. I’m from rural Tamil Nadu and migrated to Chennai because I could not continue because of the lack of irrigation water for farming.”

Kumar spoke about his job and the new repressive laws in the auto industry: “My training period is three months but there’s no guarantee of a job after this training. In the meantime, the company imposes brutal working conditions. I oppose the Tamil Nadu government’s new labour laws [effectively banning strikes] and I support your concept of equality.” 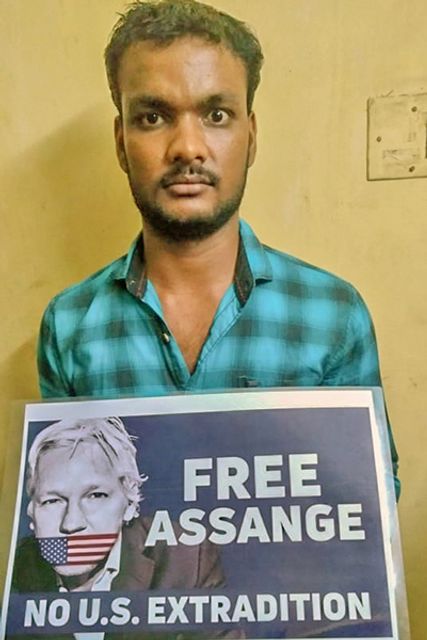 Janaki Raman, another Royal Enfield worker, said: “I support Julian Assange and I oppose war because it will entirely destroy mankind and the planet.”

Raman commented on the callous indifference of the capitalist class to the social problems facing the masses and pointed to the Tamil Nadu government’s refusal to take any action to overcome the acute water scarcity in the state. “They will never solve the water crisis,” he said. “The rich have become richer because the governments have only improved conditions for them. Any improvement of the working-class living standards will only happen under a workers’ state.”

Gopi, 54, a worker from the government-managed Integral Coach Factory (ICF), a railway coach manufacturing company, expressed his solidarity with Assange and supported the campaign for his release. 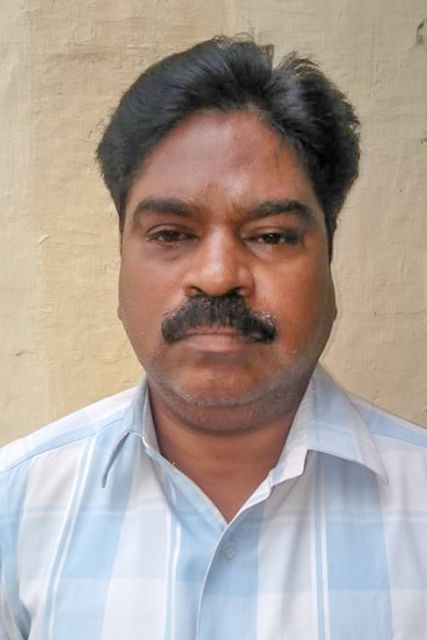 Gopi denounced the Modi government’s moves to privatise the Indian Railways and ICF. “Management attributes the need for privatisation to a lack of funds to maintain ICF. It wants all those who have finished 30 years of service, or are 55 years of age, to go on the ‘Voluntary Retirement Scheme’ (VRS) but there will be no payment of a full pension after that. All the benefits that workers have so far enjoyed after retirement, including free medical facilities and free pass in train travel, will stop,” he said.

“There are two recognised unions at ICF—the All India Railway Federation, which has no party affiliation and the National Federation of Indian Railway, which is affiliated to the Congress party—and both work as arms of administration. They have only issued strike notices [against privatisation] under pressure from the workers.”

Thulasi Das, 57, another ICF worker, opposed the extradition of Assange to the US and demanded his immediate release from jail in the UK. “He exposed American war crimes and so I will support him and your international campaign,” he said.

Commenting on the privatisation of the ICF, he said: “If the ICF goes into private hands, my life will be completely ruined. Both BJP and Congress governments and unions have worked against us. You spoke about a workers’ government. I like that idea very much, but for that workers need their own party.”

Jyothi, a craftsman, said he supported Julian Assange “because he spoke the truth. I agree that Julian Assange’s freedom can be secured only through an international campaign.”

He also voiced his contempt for all parties of the Indian political establishment: “None of the parties, including CPM and CPI, are concerned about workers and farmers. There was a time that I thought that ideologies like those of Periyar [a pioneer of the Dravidian nationalist movement] could solve the caste question and the oppression of women, but these issues are still unresolved. Based on your discussions, I understand that in order to achieve democratic rights for all requires a revolutionary government.”

Hari Hara Sudhan, 21, who works at Delphi TVS motorcycle plant, has closely followed the jailing and persecution of Assange.

“He has exposed the crimes of governments around the world, that’s why they were all against him and that’s why they refused to give him asylum.” Assange will be killed if he is extradited to America, he warned, and voiced his support for the ICFI-WSWS campaign for his immediate release. “America invaded Iraq based on lies,” he added. “I oppose world war and I agree that it can only be stopped by uniting the working class internationally.”