Performing outside the UK Home Office, just miles from Belmarsh Prison where Assange is being held as a Category A prisoner, Waters sang Pink Floyd’s iconic song “Wish You Were Here.” He was accompanied by guitarist Andrew Fairweather Low.

Supporters filled the forecourt and pavement on both sides of Marsham Street, many carrying banners and placards demanding Assange’s freedom and the release of imprisoned whistleblower Chelsea Manning. Spontaneous chants rang out, “Free, Free Julian Assange!” and “There’s only one decision: No extradition!”

John Pilger, a veteran filmmaker and investigative journalist and a personal friend of Assange, opened the event with an impassioned speech. Pointing in the direction of the Home Office, Pilger told the crowd: “The behaviour of the British government towards Julian Assange is a disgrace. A profanity on the very notion of human rights. It’s no exaggeration to say that the treatment and persecution of Julian Assange is the way that dictatorships treat a political prisoner.”

Pilger said he had spoken with Assange over the weekend: “When I asked Julian what he would like me to say today, he was adamant. ‘Say it’s not just me. It’s much wider. It’s all of us. It’s all journalists and publishers who do their job who are in danger’.”

The meaning of Assange’s extradition could not be clearer, Pilger said, “no matter who you are or where you are, if you expose the crimes of governments you will be hunted down, kidnapped and sent to the US as a spy.”

John Pilger's speech to the rally

“That’s why Julian is locked up for 21 hours a day in a maximum-security prison and treated worse than a murderer. He is to be made an example of. What happens to Julian Assange and to Chelsea Manning is meant to intimidate us, to frighten us into silence.

“By defending Julian Assange, we defend our most sacred rights. Speak up now or wake up one morning to the silence of a new kind of tyranny. The choice is ours.”

Julian’s brother Gabriel Shipton was warmly received as he spoke from the stage. He recounted his visit to Belmarsh Prison last month. “I hugged him, and he told me that this place he was in, was hell.”

Shipton continued: “Afterwards, my daughter wanted to know why her uncle was locked up. ‘Has he done something bad, dad?’, she asked. I struggled to explain in a way a five-year-old could understand. As Julian’s brother, and on behalf of his children, other brothers and sisters, nieces and nephews, mother and father, I call on the UK home secretary to block extradition to the USA.”

Waters took to the stage just after 6.30 p.m. He told the sea of supporters: “To see all you people here today is deeply, deeply moving. How do we put ourselves in the position of a Julian Assange in solitary confinement? Or with that kid in Syria, or Palestine or a Rohingya being blown to bits by these people in this building here [pointing to the Home Office]?”

As Waters sang, the audience joined in, the lyrics taken up as a statement of political solidarity with Julian Assange. 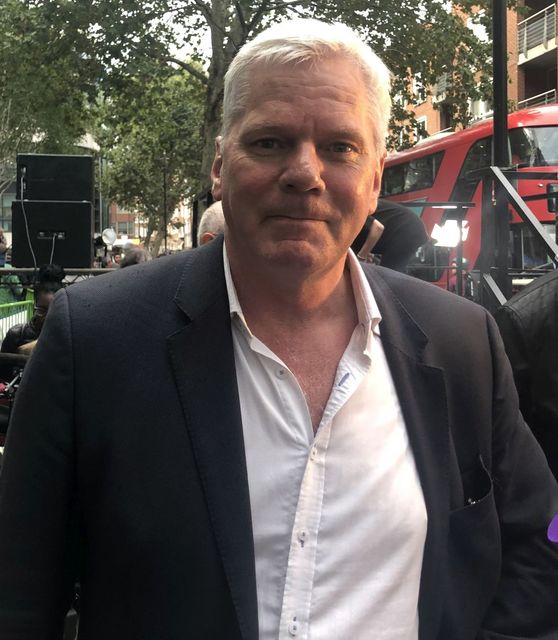 WikiLeaks editor Kristinn Hrafnsson spoke to the WSWS after the event: “I was heartened by how many people showed up. When you’re trying to take part in the campaign to free Julian it’s so important to meet the people who actually do support him. My feeling is that despite the hostility of the mainstream media, the support is growing. We have a fight ahead of us and Julian knows that, but for him to get this message is so important. It gives me hope and optimism.”

Hrafnsson saw Assange 10 days ago and spoke over the phone with him for the first time the night before: “It took all this time to clear my number with the prison authorities. He’s not in a good place and he’s definitely not in a place where he should be—and this has to change.” 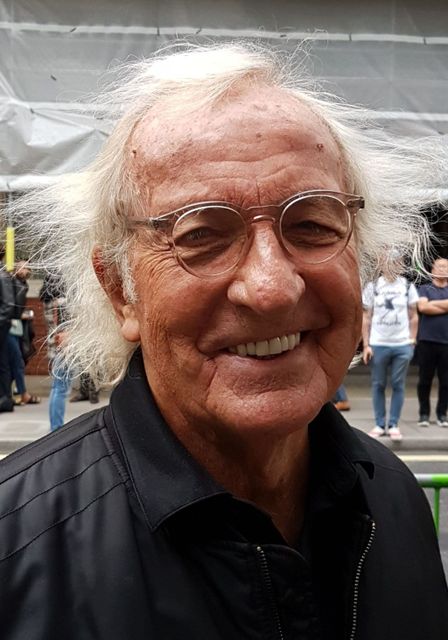 John Pilger told the WSWS shortly before the rally that the concert was Waters’ idea: “Roger emailed me and said he’d like to play ‘Wish You Were Here’ for Julian outside Belmarsh prison. But we had a look and it’s just not possible. The closest you can get is the motorway, so we decided the next best thing was the Home Office.”

Pilger warned that Assange’s condition was a matter of grave concern. “I worry a great deal about him if he spends many months in Belmarsh,” he said. “The regime there is imposing a kind of isolation on him that is deeply psychologically wounding. He’s in a small cell in the hospital ward. They seem not to know what to do with him. Of course, what they should be doing is letting him out. He certainly should not be in a maximum-security prison.”

“John Pilger and Roger Waters stirred our emotions tonight with their amazing words and song of solidarity with Julian Assange,” Butlin said. “They spoke of empathy, of peace, against war and its profiteers whose interests WikiLeaks has challenged. We are very grateful for the wonderful turnout, a testament of the support we always find in the streets of Britain and we continue our solidarity work on Saturday the 28th of September at 2:00 p.m. outside Belmarsh Prison.

“As the JADC, we are very grateful for the work the SEP is doing globally for the Free Assange campaign and for the constant participation and assistance they offer to our events. The WSWS offers accurate reporting in the Assange case and helps spread the solidarity campaign internationally far and wide. A very big thank you.”

A section of the audience at the event

Underscoring the point made by Kristinn Hrafnsson about the mainstream media, no major British television station reported on the event on their evening news broadcasts. Today, in further flagrant and conscious censorship, no British, Australian or American newspaper is carrying a report on Waters’ initiative and the rally.

Via social media and publications such as the WSWS, however, reports and video of Waters’ performance, Pilgers’ speech and the statements of Gabriel Shipton are circulating widely and will be viewed by hundreds of thousands of people internationally over the coming days.