Protesters speak out in defence of Julian Assange 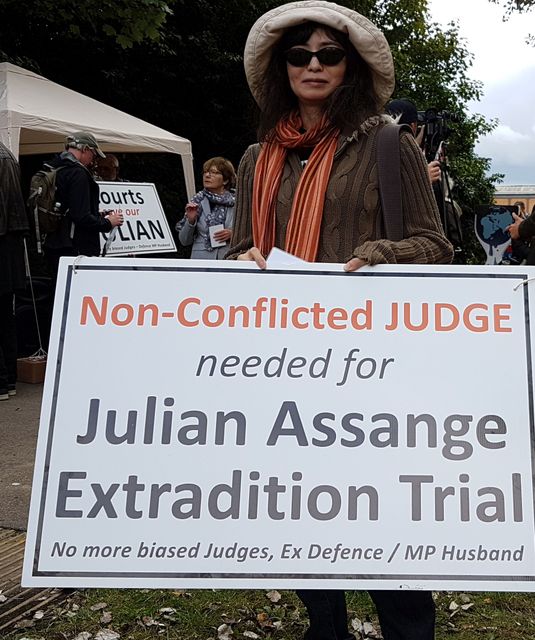 Raco from London said, “Julian’s case is a crucial issue, it’s one of the most important things going on right now. It’s about the right of publishers to publish truth and the right of journalists to report the truth without being persecuted and imprisoned. What we’ve seen is a travesty of the judiciary, political system, the media conspiring to persecute this one man—for telling the truth. It’s disgusting.

“I got involved with WikiLeaks after the release of the Collateral Murder video and the Iraq War cables. Then it went quiet when he was in the embassy. But I got involved again when he was dragged out because that was an act of utter fascism. You can’t just violate every law in the UN and Geneva conventions. You can’t have a functioning democracy unless people have access to truth. This is what they’re afraid of. Because once we know the truth we won’t accept being exploited, lied to or oppressed the way we are.”

Jeremy, a post-graduate student in global politics, joined his first demonstration in defence of Assange. “This man is being held in prison for reporting US war crimes. The date for him being held for skipping bail has passed so he’s being held right now in connection to US extradition and I completely oppose that. 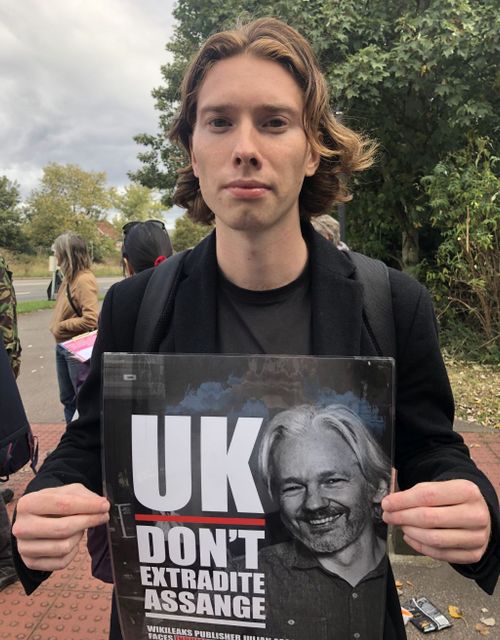 “The Guardian had such success in using the information that WikiLeaks provided and since then they’ve turned their back on Assange. If this goes the way of US extradition then I think the implications can grow into a stamping out of independent journalism and of journalism that contradicts US imperialism and UK imperialism—the war in Iraq, the war in Syria, and it’s looking like there might be a war in Iran soon. We may not have the Julian Assange for the war in Iran.”

Jeremy joined the Labour Party two months ago but was “disappointed” by the failure of Jeremy Corbyn to speak out in Assange’s defence. “I remember when Julian Assange first got dragged out of the Ecuadorian Embassy and Corbyn and Dianne Abbott did say something in favour of Julian Assange. Could he do more? I think he could do more. If we branch that out from Corbyn to the left as a whole, I think it’s a real issue.”

Independent journalist Rachael flew in from Canada. “I came here for Julian. It’s important to me. I’m screaming inside. I’ve tried to contact the Toronto Star and sent an op-ed. Of course, they rejected it.

“I submitted a piece about what’s happening to the US constitution. … The Globe and Mail rejected it. What does it take for global media sources, the ones that have the biggest circulations, to stop being complicit and have a spine?

“Rachel Maddow at MSNBC spoke up, but something tells me her boss said you’re not going to do that anymore. She’s been tight-lipped about it afterwards. … Rachel Maddow does not have respect for Julian, but if they’re going to do this to him, whose next? As far as I am concerned, they don’t need to extradite Assange to the US, they’re killing him here. It’s a slow death.” 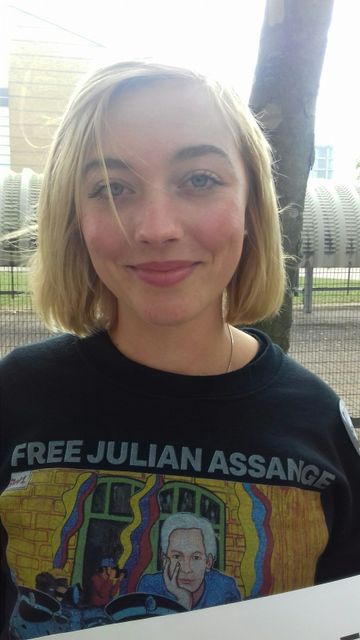 Isabell, 22, is a geography student from Germany. She said, “I am here defending Julian Assange, defending our freedom, defending press freedom, freedom of expression … [What Assange’s fate means] is that it tells every state around the world that it’s okay to take someone and imprison them just for publishing about war crimes and corruption.”

Independent journalist Ariyana from the US explained she was in the UK “as a volunteer to help Julian. I’m a goodwill ambassador for Palestine, I’m a holistic doctor on the effects of prolonged psychological torture. It’s really affected me what’s being done to him. It was the UN Rapporteur on Torture, Nils Melzer’s reports that got me involved. … I also focus on Palestine and human rights. I got involved after Nils Melzer’s report, and I’ve never seen anything like it. 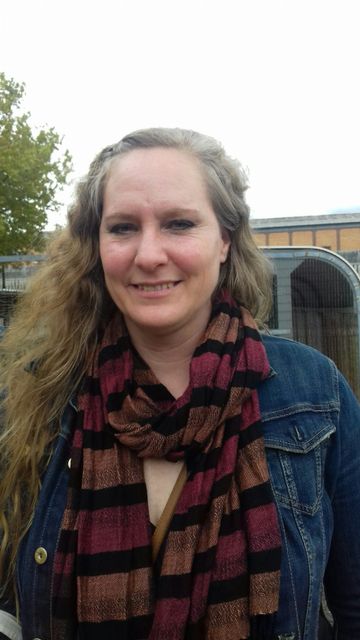 “Assange provided the public with the opportunity to make informed decisions, with transparency. The world’s governments are committing genocide worldwide, they’re invading the Middle East. Julian Assange has done more than any other journalist or media agency to expose this. He’s a very important person. What’s being done to him is absolutely horrific.

“They purposely want to divert the public away from what they are doing to him, the torture, and the violation of the Geneva Convention, and by repetition, put false ideas in people’s minds that he is a ‘narcissist’ or a ‘rapist’.”

Speaking about the Labour Party leader, she said, “Corbyn won’t even support Assange for fear it will affect his election.

“What’s being done to Julian Assange is war. It’s the first step to doing it to the rest of us. It’s going to get worse and people need to wake up. It’s the working class who are affected.”

Jeff works in London and has attended several protests in defence of Assange. He said, “Julian Assange is in prison now on no charge at all—he’s not officially charged with anything. He has a prison term for bail violation, which expired on September 24.

“He’s officially in prison apparently because he’s a flight risk and that’s obviously preposterous. Because even if he had to be kept in prison, why couldn’t he be kept in a low security prison … or something like that where he would have, as one of the speakers said today, access to fresh air and exercise and visitors and all the rest of it.

“He’s a publisher and he is serving a bail violation. I think this has been said before, but he is probably the only bail jumper in Belmarsh prison. It is a prison filled with terrorists, murderers.

“And I have to say that I would like to see more from the Labour Party. You know as the main opposition party, it could be in government quite soon depending on the results of the election coming up. Jeremy Corbyn did make a statement when Julian Assange was expelled from the embassy but nothing since then. Diane Abbott made a very spirited defence of Assange, but that was on the day of his expulsion. We have a political prisoner here in this country and it is just outrageous.

“Chris Williamson [now expelled from the Labour Party] is the only MP who has been here today or to have been to previous meetings like this.

“Assange and WikiLeaks exposed the war crimes in Iraq and Afghanistan. WikiLeaks revelations also exposed corrupt dealings in Tunisia, which some people credit as the beginning of the Arab spring in 2010/11. The war criminals like Blair, Bush, Obama and Trump today continue to get away with it. Tony Blair is a very highly paid speaker and he’s been advising dictatorships from Sisi in Egypt to former dictator of Kazakhstan, Nazarbayev.

“There are a lot of false allegations against Julian Assange—for things he allegedly did in Sweden and things like that. But for Chelsea Manning, there aren’t even any of these allegations. Yet the [self-proclaimed liberal] media won’t defend her. History will not look kindly on those on the left who have not defended Manning and Assange.” 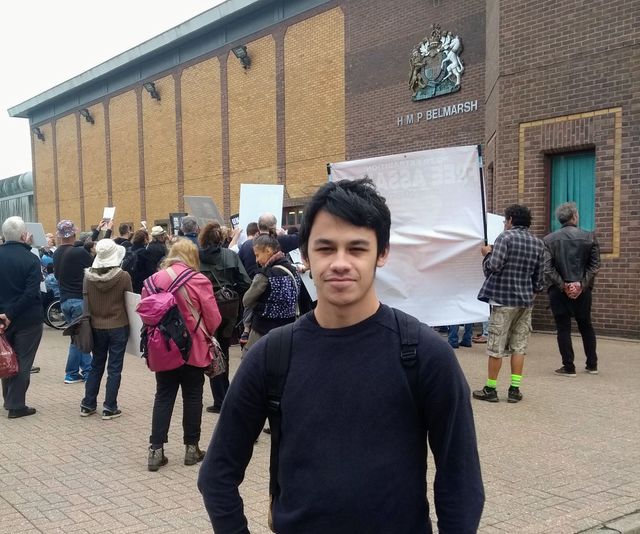 Dan, a student at Kent University, said, “You have all these arguments going on over Brexit, but, to me, someone like Julian Assange is much more important. Because with the way the world’s going, I’m only 20 years old and I fear for my little niece. What sort of world is she going to grow up in when people are being imprisoned for speaking the truth?

“And there seems to be an endless loop of wars now as well. You have Yemen, you have the threats against Iran. Assange being kept in prison has everything to do with them making more war preparations.

“Brexit should not be at the forefront of politics right now, but a lot of people I know are going to base who they vote for on their Brexit position. It’s dragging people into these two camps that aren’t in their interests…

“To me, capitalism is trying to split people in every country up against each other. Each half of the elite is meant to hate the other half. But they all agree on attacking freedom of speech. If you look at America, the Democrats and the Republicans, they come together to persecute people like Julian Assange who go against their state crimes.”

Jamie said, “The imprisonment of Julian Assange is the most terrible injustice and threat to the freedom of information and human rights. Assange is being cruelly kept in solitary confinement for 22 hours a day in appalling conditions. Then the rest of the prison is shut down when they move him anywhere, just to make his life as unbearable as possible.

“Assange has done a public service by reporting war crimes worldwide in our interest. If this man is allowed to be extradited to America where he’ll probably die or spend the rest of his life in solitary, it’s a very, very dangerous precedent that is being set.

“The danger of war with Iran is a considerable worry. America are trying to create a justification to go to war, and that would be catastrophic. It would be way worse than [the 2003 Iraq War], which should never have happened and where a million people were killed unnecessarily.

“We’re in an apparently democratic country and we’re ignoring democracy and the Geneva convention which should have protected Assange when he was an asylee in the Ecuadorian embassy. Assange is being treated so vindictively because they want to make an example of him. They want to send a message to anybody who might consider publishing information that embarrasses power.”

John said, “I am here to defend the democratic rights of Julian Assange. What they are doing to him is criminal. I am really exasperated to tell you the truth when I see criminals walking about free like Donald Trump and Boris Johnson, I can’t find the words for it.”

Maggie Roffey and Karis Lewington are two campaigners with Compassion in Care and The Whistler.

Maggie said, “I think it’s disgraceful that the British government have not freed him. It takes other people to come down here [to the Belmarsh Prison protest] and record and put it out there on YouTube and on other platforms. I think our government and the media are utterly disgusting.”

Karis said, “The government want to keep their crimes quiet. They want everyone to shut up. So they’re trying to set an example using Julian Assange and that’s what’s unfair.”