Asheen Phansey, adjunct professor at Babson College in Wellesley, Massachusetts, was fired Thursday after posting a joke on his Facebook account related to US president Donald Trump’s threats to wage war against Iran.

Phansey wrote that the Iranian supreme leader Ayatollah Khamenei should “tweet a list of 52 sites of cultural American heritage that he would bomb.” Phansey jokingly suggested some US sites for the Iranian military to target in retaliation: “Um… Mall of America?… Kardashian residence?” 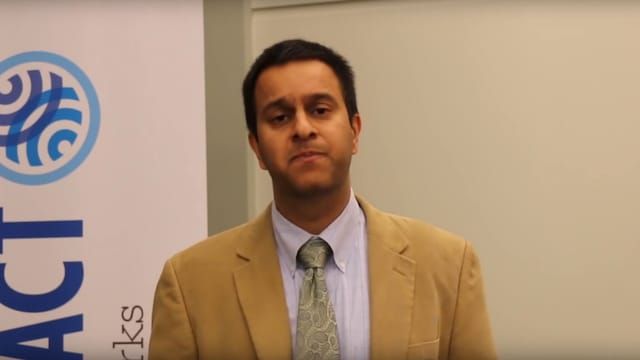 The post was in response to a tweet by Trump threatening to bomb 52 cultural sites in Iran, such a threat being itself a war crime.

The Babson professor later described the posting as a sloppy attempt at black humor. “I am sorry that my sloppy humor was read as a threat,” he said. “I am completely opposed to violence and would never advocate it by anyone.”

Despite his apology for remarks made on his personal time, the college absurdly said Phansey was threatening violence. “Babson College condemns any type of threatening words or actions condoning violence or hate,” the administration declared in a statement issued after his firing.

In contrast to Phansey’s treatment, the US president is allowed to make actual threats against millions of innocent people and carry out assassinations with impunity. Last June, Trump threatened Iran with “obliteration” should it attack US forces. Infamously, Trump in 2017 threatened the country of North Korea, with a population of 25 million, with “fire and fury like the world has never seen.”

Trump’s threats have not been limited to foreign countries. Last May, reporting by the New York Times revealed that the president had suggested that the US border be surrounded by moats filled with alligators, snakes and other hazards. He also asked if border patrol agents could shoot refugees in the legs to deter them from entering the US. This follows Trump's advice to police officers that they treat arrested citizens “rough" and not be "too nice.”

No one in the Democratic Party or the corporate media is asking that Trump be removed from office or even censured for such open support for mass violence and barbarism. In fact, such actions are being actively facilitated by these elements.

Last July, Senate Democrats voted overwhelmingly in support for the third year in a row of massively increased military spending by the Trump administration. The July 2019 Pentagon budget was the largest in US history at $750 billion. Military spending now represents 60 percent of the discretionary government budget, and this could easily be used to turn the president’s perverted genocidal mania into horrifying reality.

Faced with Trump’s looming threats against Iran this week, House Democrats passed a completely toothless resolution that in no way restricts the president’s ability to wage war at the time of his choosing without any oversight whatsoever from members of congress.

The president’s bloodthirstiness, however, is by no means unique. Egging on the Clinton administration to escalate its bombing campaign in Kosovo in 1999, New York Times columnist Thomas Friedman wrote, “You want 1950? We can do 1950. You want 1389? We can do 1389 too.”

The Democratic Party as a whole completely backs Trump’s war-making, with the difference that it more openly encourages war with Russia, the world’s second largest nuclear power. House Intelligence Committee Chair Adam Schiff made clear that Trump was being impeached largely because he was insufficiently aggressive against Russia. The Ukraine’s war against Russia is “our fight too,” said Schiff.

The fact that Trump and other members of the ruling elite are able to make such comments without reprisal, while workers and youth are severely punished for even the most modest criticism of these policies, speaks to the complete breakdown of democratic forms of rule.

Moreover, on college campuses throughout the US, this effort has been led by upper-middle class proponents of identity politics and the pseudo-left, which have abandoned the fight for free speech and due process.

Writing about his termination, Phansey noted, “I would have hoped that Babson, an institution of higher education that I love and to which I have given a great deal, would have defended and supported my right to free speech. Beyond my own situation, I am really concerned about what this portends for our ability as Americans to engage in political discourse without presuming the worst about each other.”

A great deal of the toxic and antidemocratic environment taking place on university campuses can be directly attributed to the Obama administration.

In 2011 and 2014, the Obama administration intervened to modify Title IX regulations on campuses so that allegations of sexual abuse and harassment could be treated like modern-day inquisitions. Drumhead prosecutorial bodies were created on campuses with names such as Harvard’s “Office for Sexual and Gender-Based Dispute Resolution.” The Association of Title IX Coordinators certified more than 2,000 new Title IX coordinators and investigators between 2011 and 2014.

At these secret proceedings, accusers are presumed from the outset to be telling the truth while the accused are presumed guilty and are not allowed to bring lawyers or even advisers with them in their defense. Moreover, there is no ability for the accused to appeal verdicts with which they disagree.

This fundamental breakdown of due process rights at American universities extends well beyond the issue of sexual misconduct, as cases such as Phansey’s clearly demonstrate.

Phansey’s case is certainly not the first. In July 2017, Trinity College Professor Johnny Eric Williams was suspended after Facebook posts he made regarding race relations in the United States. In 2014, University of Illinois Urbana-Champaign Professor Steven Salaita, who was tenured, was let go after tweeting outraged protests against the slaughter of innocent civilians by the Israeli regime in the West Bank and Gaza Strip.

The phenomenon is not confined to the US. The University of Sydney sacked Dr. Tim Anderson after he too expressed opposition to Israel’s slaughter of Palestinians in February 2019.