Representatives of the Don’t Extradite Assange (DEA) organisation revealed last week that if Julian Assange is extradited from Britain to the US, he will be held in almost total isolation and subjected to draconian conditions usually inflicted on those convicted of terror offences.

The information, which was sourced from official US court filings, was relayed in a statement by John Rees outside Westminster Magistrates Court after Assange’s most recent case management hearing on January 22. Rees said that Assange would be placed under “Special Administrative Measures” as soon as he arrives in the US and prior to any trial. 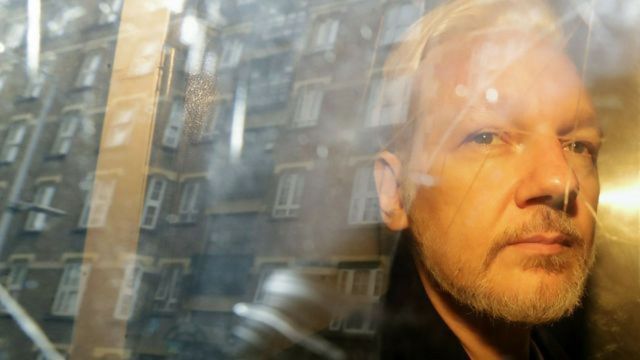 WikiLeaks editor-in-chief Kristinn Hraffnsson said the US State Department had indicated that the First Amendment—the central US constitutional protection for free speech and freedom of the press—would not apply to Assange, despite the fact that he has been charged under domestic American law.

Taken together, the revelations damn the attempt to extradite Assange to the US as an extraordinary rendition operation, where he faces espionage charges and the prospect of life imprisonment, or even the death penalty, for exposing US war crimes. In violation of fundamental precepts of international law, Assange, a journalist and publisher, will be treated as a “national security threat” and deprived of his fundamental democratic rights.

Special Administrative Measures (SAMs) were introduced by the Democratic Party administration of Bill Clinton in 1996. They were legislated with bipartisan support in the wake of the right-wing terrorist Oklahoma City bombing.

SAMs provide for the intensive monitoring and isolation of prisoners already in solitary confinement, on the pretext of preventing any threats to “national security,” including violent acts and disclosures of “classified information.” The already draconian measures were expanded in the aftermath of the 9/11 terrorist attacks in 2001, including providing authorities the right to spy on prisoners’ privileged attorney-client conversations.

A 2017 report by the Allard K. Lowenstein Human Rights Clinic at Yale Law School and the Center for Constitutional Rights (CCR) described SAMs as “the darkest corner of the US federal prison system.”

The report explained that SAMs combine “the brutality and isolation of maximum security units with additional restrictions that deny individuals almost any connection to the human world. They prohibit prisoners who live under them from contact or communication with all but a handful of approved individuals, and impose a second gag on even those few individuals. The net effect is to shield this form of torture in our prisons from any real public scrutiny.”

Underscoring the intensity of the US-vendetta against Assange, there were just 51 SAMs prisoners in 2017 out of a federal prison population of more than 183,000. Most had been convicted of terror-related offences and were held at ADX Florence, a supermax prison in the Colorado Desert. The facility has been described as a “clean version of hell” by one of its former wardens, Robert Hood.

Prisoners held under SAMs are denied even “the narrow avenues of indirect communication—through sink drains or air vents—available to prisoners in solitary confinement.” They are generally held in single cells for all but 10 hours a week. Their “recreation” hours are spent alone in a confined space with few or no amenities.

SAMs detainees are only allowed to communicate with lawyers and relatives who have been screened by authorities, including the intelligence agencies. All outbound and incoming mail is read by the Federal Bureau of Investigations (FBI).

The Yale-CCR report presented case studies of prisoners at ADX Florence who had to wait months before their letters to relatives were cleared for sending. Visitation rights are also extremely curtailed and are monitored by the FBI.

The report’s authors bluntly stated that pretrial prisoners were placed under SAMs with the aim of compelling them to plead guilty, fundamentally undermining the presumption of innocence.

The “coercive nature” and “harsh conditions” placed on pretrial SAMs detainees was “no accident: experience shows that the DOJ uses total isolation as a tool to break people, just as the CIA did during its foray into detention,” the report states.

Because SAMs prisoners are barred from communicating with the outside world, and are denied any information, they are effectively prevented from participating in their own defence.

One attorney cited in the report stated that SAMs “dehumanise defendants and create a situation where they cannot exist in a defiant posture to fight the case,” serving to “eliminate them as participants in their defence.” Another noted that SAMs prisoners are expected to give testimony before a jury, after having been prevented from speaking to anyone for months, or even years.

SAMs prisoners have no access to the internet and when they receive newspapers, weeks after publication, they arrive with substantial redactions. In many cases, they are arbitrarily prevented from receiving reading materials. In one incident recounted in the report, the authorities prevented a prisoner at ADX Florence from getting books by former President Barack Obama, on the grounds that it would threaten “national security.”

SAMs prisoners are also barred from speaking to reporters, or anyone other than their attorney and FBI-approved family visitors. Lawyers are also gagged from relaying anything said by their client, or even talking about the conditions they face. If they violate these draconian conditions, which are aimed at suppressing any discussion of their client’s plight or attempting to win public support, they face criminal prosecution.

In 2005, famous civil rights attorney Lynne Stewart and her Arabic interpreter were convicted of conspiracy and of providing material support to terrorists, after publicly-releasing statements from her client, Sheikh Omar Abdel-Rahman. Lynne Stewart was sentenced to a decade in prison and was only released early on compassionate grounds in the late stages of her terminal cancer.

The authorities can also spy on private communications between lawyers and their SAMs clients. Under official regulations, this material supposedly cannot be provided to prosecuting authorities. However the ability of the state to monitor defence strategies effectively erodes the Fifth Amendment right to due process and the Sixth Amendment right to counsel.

Lawyers quoted by the Yale-CCR report, moreover, disclosed they had been placed under pervasive government surveillance while representing SAMs prisoners, including being placed on airport watch lists. Such measures are aimed at intimidating attorneys and preventing SAMs inmates from receiving legal counsel.

The report documents the harrowing conditions faced by convicted inmates, who are afflicted with psychological disorders after years of isolation under SAMs. In a number of cases, prisoners had entered an almost catatonic state, which prevented them from communicating, or carrying out any activities, including reading.

The report continues, “Physical conditions are similarly inhumane at pre-trial facilities where SAMs detainees are held—that is, facilities designed to hold individuals who have been charged, but not convicted, of a crime. Conditions at the Metropolitan Correctional Center (‘MCC’) in Manhattan, where defendants charged with terrorism-related offenses are often held pre-trial, are particularly harsh. Detainees in the MCC’s ‘10 South,’ where ‘high-level’ defendants—including those under SAMs—are held, have little natural light and no possibility for outdoor recreation. ‘Recreational time’ is provided in a closed room identical to the detainee’s cell. Unable to open windows or spend time outdoors, detainees in 10 South have no access to fresh air.”

The SAMs measures would be compounded by the fact that Assange would appear before the Eastern District Court of Virginia, the preferred government venue for “national security” cases because it is located close to the Pentagon and CIA, with the largest concentration of intelligence agency employees in the US. It has registered a conviction rate in such trials of more than 98 percent.

Assange has already endured almost a decade of US-led persecution. He was arbitrarily detained in Ecuador’s London embassy for almost seven years, as a result of British threats to arrest him if he set foot outside the tiny building. Since being dragged out of the embassy by British police on April 11, Assange has been held in the maximum-security Belmarsh Prison, where his health has continued to deteriorate, to the point that the UN Rapporteur on Torture has warned that he might die.

The revelation that Assange would be placed under SAMs makes clear that his extradition to the US would be nothing less than a death sentence. In a 2015 interview, Assange himself warned that if extradited, he would likely be subjected to SAMS, which he described as “a sort of living death.”

The lawless character of the US attempt to prosecute Assange underscores the necessity for workers, students, young people and all defenders of democratic rights to prevent his extradition. The Socialist Equality Parties in Britain and Australia have announced meetings and rallies next month, coinciding with the beginning of the extradition hearing, to galvanise the widespread support for Assange into a political movement to secure his freedom.