Around 50 people gathered in Nottingham Friday night to pay tribute to Errol Graham, who starved to death after his disability benefits were cut by the Department for Work and Pensions (DWP).

A minute’s silence was observed at the start of the hour-long vigil held at Speakers Corner, by the Brian Clough Memorial statue in Nottingham city centre. Friends, family and local community members held placards bearing Errol’s photograph and condemning the DWP’s welfare sanctions that have claimed hundreds of lives. 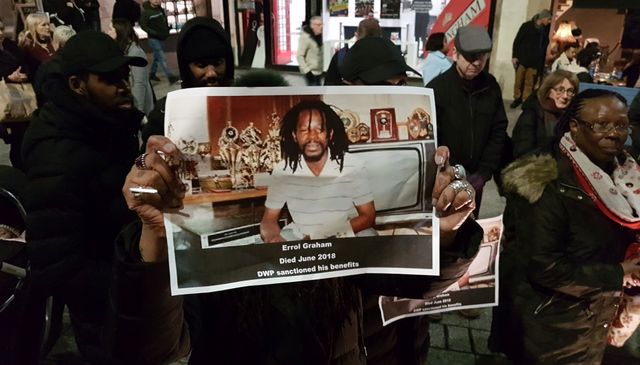 On the day of the vigil, the National Audit Office revealed there have been at least 69 suicides by benefit claimants since 2014‑15. Families have linked many of these deaths to the DWP’s demeaning regime of sanctions and Work Capability Assessments (WCAs) aimed at stripping the disabled of any form of income support. 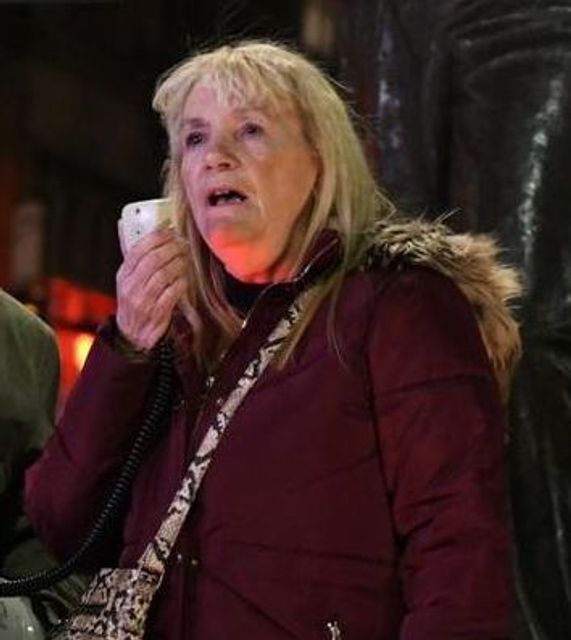 Diana Burton speaking at the vigil

Errol’s former partner Diana Burton was greeted warmly by the crowd and extended her thanks to the people of Nottingham for their support. “No one needs to or should ever have to suffer the pain of a slow death of starvation,” she said. “I really hope that this system will have a big shake-up and I hope this has an impact on the government and that things will move forward and only get better for this society that we are living in today.” Her dignified contribution met with applause. 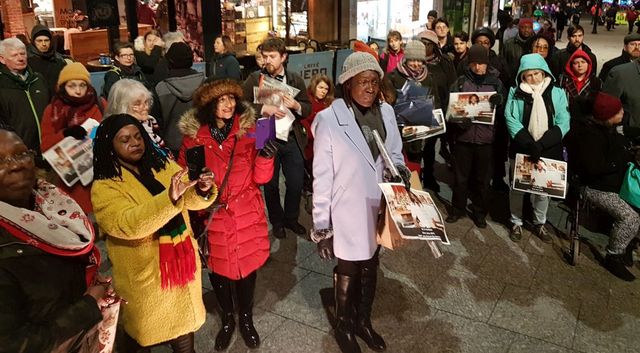 Some of the people attending the vigil for Errol Graham

A young disability rights activist and poet, Jesse Freeman, performed a piece about her own experiences with austerity, including having been denied benefits four times in seven months due to an “error” on the DWP’s computer system.

She recalled having “No gas or electric/Asking other broke folk to borrow me a tenner/Wondering if it will ever get better/One bedroom flat, council estate/But often my sofa’s occupied by a homeless man, family member or mate …

“Doing things that you’d thought you’d never/That first time at the food bank, feeling ashamed/Wondering how it got this way/But always taking the blame.”

Friday’s vigil was organised by Nottingham People’s Assembly Against Austerity, which unites Labour “lefts,” trade union officials, Greens and representatives of pseudo-left groups including the Socialist Party. They provided a platform for local Labour politicians including Nottingham City Council leader David Mellen to posture as opponents of welfare cuts and austerity.

Mellen told the rally, “The benefit system needs to change, and it has proven again and again there is no connection between the DWP and the health service. It’s not good enough.”

A member of the crowd angrily challenged Mellen, demanding “What about the cuts?” His question was ignored.

Nottingham Council has enforced £100 million in cuts since 2014, with a further £25 million agreed in 2019. Disability services have been severely affected, with payments to around 862 disabled people slashed in half in 2018 and further cuts to adult social care announced at the start of last year. The Labour Party controls 50 seats on Nottingham City Council, versus 2 Conservatives and 2 independents. 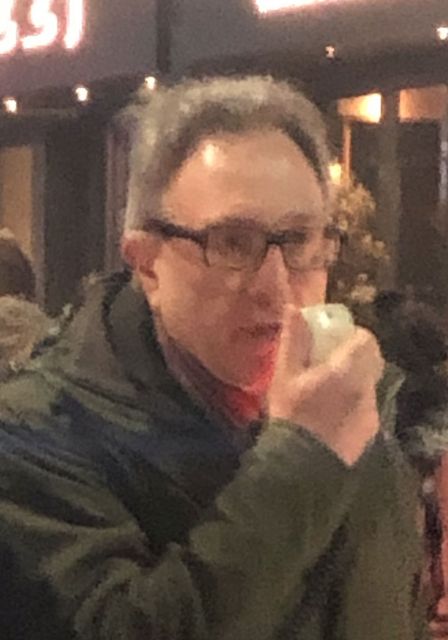 Mellen and other Labour councillors who spoke Friday sought to offload responsibility for the cuts wholly onto central government, whitewashing their own role as enforcers of austerity. A Socialist Party member who spoke, Gary Freeman, helped to promote this fraud, condemning Tory cuts while maintaining silence on Labour’s role in Nottingham and throughout the country.

Socialist Equality Party member Laura Tiernan extended condolences to Errol’s family on behalf of the SEP. She said that Errol’s death was an act of social murder, and cited Frederick Engels’ 1845 study, The Condition of the Working Class in England:

“When one individual inflicts bodily injury upon another such that death results, we call the deed manslaughter; when the assailant knew in advance that the injury would be fatal, we call his deed murder. But when society places hundreds of proletarians in such a position that they inevitably meet a too early and an unnatural death, one which is quite as much a death by violence as that by the sword or bullet; when it deprives thousands of the necessaries of life, places them under conditions in which they cannot live—forces them, through the strong arm of the law, to remain in such conditions until that death ensues which is the inevitable consequence—knows that these thousands of victims must perish, and yet permits these conditions to remain, its deed is murder just as surely as the deed of the single individual; disguised, malicious murder, murder against which none can defend himself, which does not seem what it is, because no man sees the murderer, because the death of the victim seems a natural one, since the offence is more one of omission than of commission. But murder it remains.”

Social murder was being enforced “by definite political forces on behalf of the financial oligarchy,” Tiernan said. She condemned Labour-led Nottingham Council for enforcing the Tories’ cuts, stating, “We indict the Labour leadership under Jeremy Corbyn and John McDonnell who told councils in 2015 …”

At this point, People’s Assembly representative and Labour Party member Stewart Halforty tried to stop Tiernan from speaking. He took hold of the loudhailer, saying, “This is not an appropriate speech to make.”

Tiernan kept hold of the microphone telling Halforty, “It’s the truth,” while workers in the crowd intervened, shouting, “What about democracy?”

Tiernan continued, “They told councils that they had to enforce ‘legal’ budgets. What does this legality mean for the working class? Whose laws?” A young woman shouted out, “It means death.” 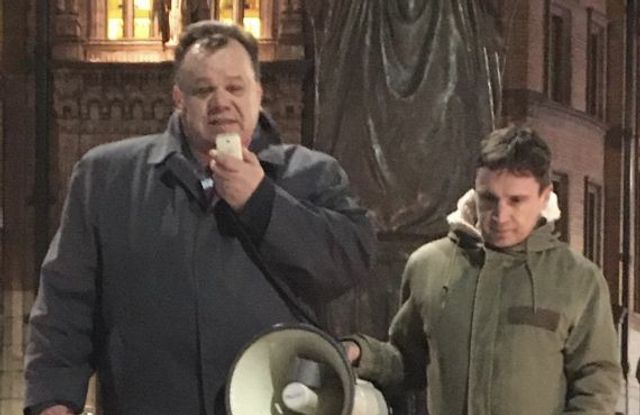 “When they say there is no money for social care, this is a lie,” Tiernan said. “The 26 richest billionaires in the world own more wealth than the bottom 50 percent of the entire population of this planet.”

Tiernan said an estimated 8,000 disability claimants were dying each year after being denied benefits, “This is a war against the working class.” She concluded by paying tribute to Errol’s family for speaking out and continuing their fight for justice.

After the vigil, WSWS reporters spoke with Yvette, a social care worker who grew up with Errol. “When I read the story, I was in tears, because I couldn’t believe that in 2018 and 2020 we’re still in the same shit, just a different date. 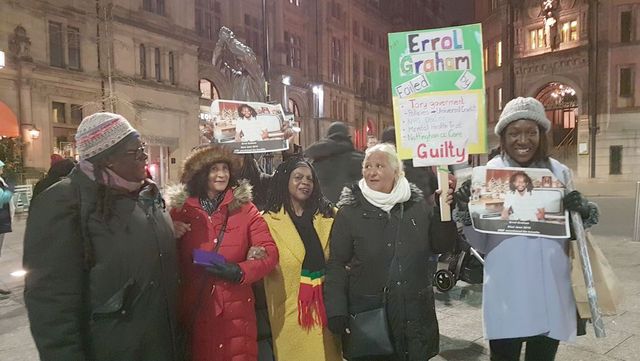 “I look after people who will never ever work, yet I have to keep sending them for assessments. They’ve all got terrible mental and physical health issues—and none of it’s their fault. Yet the system doesn’t give a damn about any of them. The government doesn’t care how old you are, what nationality you are, where you come from, your culture, your religion. They do not care.”

Yvette’s brother faced a similar situation as Errol after being diagnosed with a brain tumour. After he underwent a 17-hour operation and was left with multiple disabilities, the DWP’s assessors said he was “fine” because he could walk and raise his arm. “They stopped all his benefits and a week later he had a stroke … Now he’s lost the sight of one eye, he’s lost the use of an arm and the use of his leg. If he didn’t have me fighting for him, I don’t know where he’d be today. It’s an absolute disgrace.”

Growing up in the 1960s and ’70s, Errol had come from a tightknit community and Yvette and her brothers knew his family well: “His mum looked after me and my brothers as a baby. Because that’s what they did in those days. They came over from Jamaica—some went to work, some looked after your kids to enable you to go to work and they shared the pot about. All that we had then has been lost. They’ve made it into some dog-eat-dog struggle, every man and woman for themselves.

“They want people to work longer, but people aren’t making it to 60. It’s getting me riled up. Who’s got the money and what are they doing with it? And yet us who are poor are giving it to the poor.”

Like millions of other families, Yvette said she was forced to make cutbacks, “to make dinners last longer, recycle food and I’m not even looking at the sell-by date. If it smells okay, it’s good to go!”

Yvette said that deaths from benefit cuts were a deliberate government policy. “They’re very glad this is happening,” she said. “They like it because then they don’t have to shell out. People are not living longer. They are living longer in ill health, they’re not happy, they’re suicidal almost on a daily basis. They don’t care—they really don’t. And now they’re running up saying, ‘This is Great Britain.’ No.” 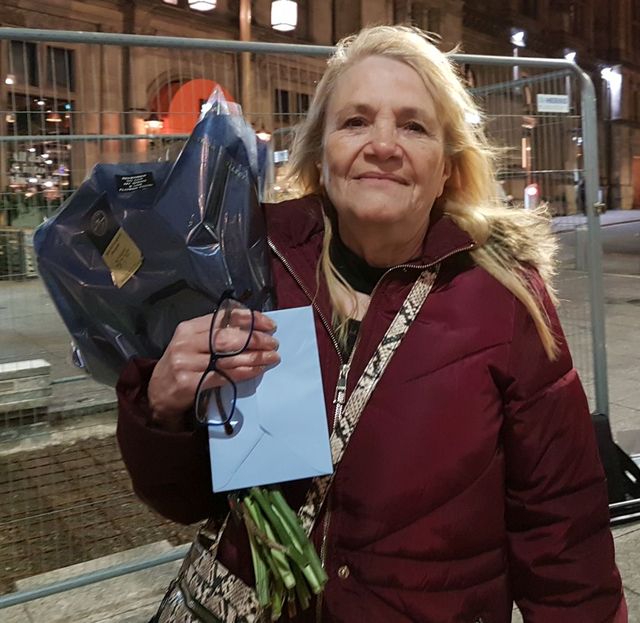 After the vigil, Diana Burton, told the WSWS the vigil “really meant a lot” to the family.

Diana said of Errol’s death, “Sometimes you can’t let yourself think about it, because it’s just too horrendous. And the worst is, he’s not the only one, is he? People have taken their own lives. I was just talking to a chap now, he’s got several eviction letters, he’s got no money and it’s clear he’s got mental health issues as well. We want a system in place where the benefits aren’t stopped when they’re in a crisis. Give them an opportunity to respond to phone calls and letters, not just instantly cut off the benefits and leave them.”