A mother and her six children died after a fire destroyed their house early Saturday in Clinton, Mississippi, about 15 miles northwest of Jackson, the state capital. Officials identified the dead as: Brittany Presley, 33, and her children Landon Brookshire, 15; Lane Presley, 13; Lawson Presley, 12; Grayson Presley, 6; Malcom Presley, 4; and Felicity Presley, 1. 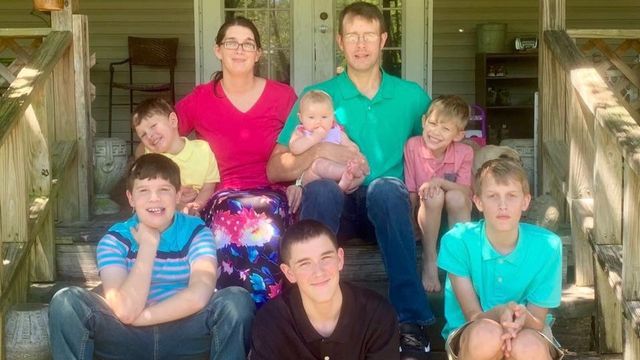 Jake Presley, the father, was the only survivor. He was seriously injured trying to rescue his family and was taken to a local hospital to be treated for smoke inhalation and second-degree burns. Allen Short, a neighbor, told WLBT-TV that Presley’s hair was singed and he had a big cut on his arm from breaking a window trying to get into the home. “The kids were really nice and the whole neighborhood is just destroyed about this whole thing,” Short said.

The Clinton Fire Department responded to a call to the home at 12:30 a.m. Saturday. It took firefighters about 40 minutes to control the blaze, which left the home destroyed and uninhabitable. When they arrived at the scene, firefighters found the father “worried and concerned,” said Mark Jones, City of Clinton director of communications. “He didn’t want to leave the scene. … He was very concerned about his family.”

Clinton Fire Chief Jeff Blackledge told the New York Times that the father desperately tried to save his family. “He actually went in and told them to follow him,” Blackledge said. “He was going to lead them outside, and when he got to the door and outside, the children were not with him.” Five of the children were found huddled in one bedroom and the mother and another child were found in another bedroom.

The cause of the fire is under investigation, but Blackledge told the Times, “We feel like it’s going to be electrical in nature.” He said there was no evidence of foul play. It is unknown at this point whether there were working smoke detectors in the home, which was built in 1951. Investigators will look at whether the age of the home played a factor. 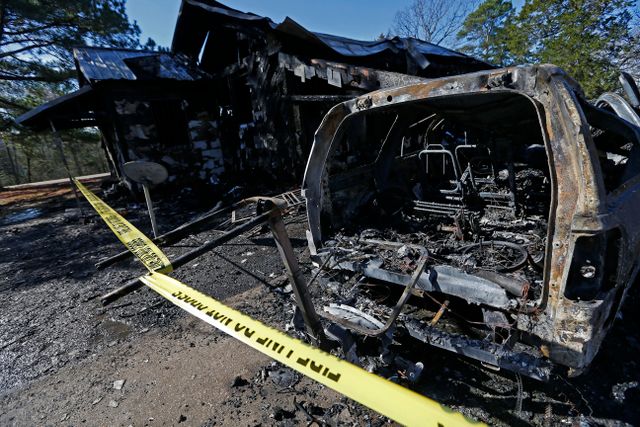 A vehicle and the Presley home damaged from the fatal fire on Saturday (AP Photo/Rogelio V. Solis)

Fire officials will also be investigating whether bars on the windows, intended to deter burglars, prevented the mother and children from escaping the fire. In the aftermath of the fire, some of the window bars could be seen strewn across the lawn, along with clothing and children’s toys.

The community has been stunned by the tragedy. Jake Presley operates a lawn maintenance business, Leaf Man Lawn Care. His wife Brittany was a second-grade teacher at Reuben B. Myers Canton School of Arts and Sciences in Canton. The older children attended Clinton public schools. District Superintendent Tim Martin told the Clarion Ledger, “Clinton is a very close-knit community so when something so tragic like this happens, it affects the entire community.”

James Williams, a close family friend, told the Ledger that the growing family had been living in the rental house on Old Vicksburg Road for “every bit of 12 years.” According to the New York Times, the wooden home was only 1,300 square feet, with three bedrooms and one bath to house the eight family members.

Clinton, population 25,216 as of the 2010 Census, is an ethnically diverse town with 75 percent identified as white and 23 percent African American. In 2010, the median household income was $56,539, and the per capita income was $26,398. About 9 percent of the population was below the poverty line.

The small town has seen two large companies come and go. WorldCom, now Verizon, was headquartered in Clinton from the mid-1990s until 2002, when the Fortune 500 company went bankrupt in a massive accounting scandal. In 2003 the company announced that it was moving its headquarters to Virginia.

Auto parts manufacturer Delphi Corporation operated a plant in Clinton from the early 1970s until it closed in 2009. The company moved its production of cable and wiring connectors to its Warren, Ohio facility, at a loss of 280 jobs in Clinton. 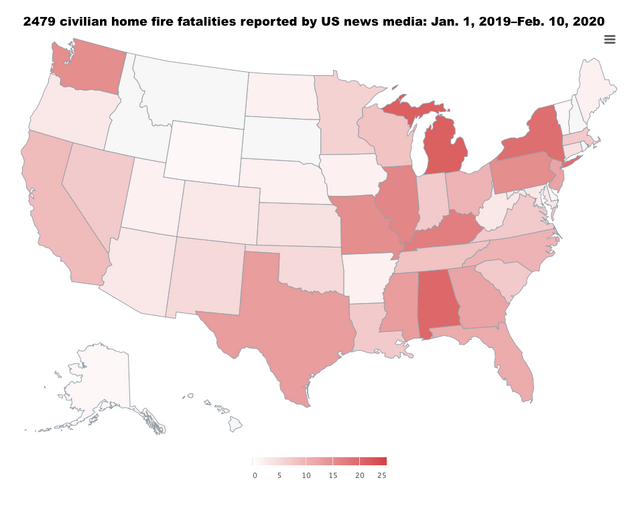 Countless communities across the US repeatedly fall victim to house fires resulting in fatalities. According to the US Fire Administration, an entity of the Department of Homeland Security’s Federal Emergency Management Agency (FEMA), fires of all types and causes kill over 3,000 and injure 16,000 people each year. About 100 firefighters also die on duty each year.

The leading cause of home fires is cooking, followed by heating and electrical malfunction. In Northern states, fires peak during the winter months when households that have had their heating turned off for nonpayment turn to space heaters and unsafe cooking methods. Those who have lost their electricity resort to candles and other dangerous lighting means.

The following are some of the most horrific residential fires in recent years:

Friends of the Presley family have set up a GoFundMe page to solicit funds to pay for funeral expenses for the family, as well as medical expenses for Jake Presley. More than $72,000 had been donated as of Monday evening, a demonstration of the outpouring of support for the unthinkable tragedy suffered by the family and the injured and grieving father.