Members and supporters of the Socialist Equality Party have been campaigning in working class suburbs, at workplaces and university campuses to promote the rallies that the party has organised to demand the freedom of WikiLeaks publisher Julian Assange and American whistleblower Chelsea Manning.

Assange, an Australian citizen, is imprisoned by the British government in Belmarsh Prison in London. The Trump administration is seeking to extradite Assange from Britain to the US in order to put him on a show trial on framed-up charges of espionage, due to WikiLeaks’ publication in 2010 of leaked documents exposing American imperialist war crimes and diplomatic intrigues. The extradition hearings begin on February 24.

Chelsea Manning, who leaked the information to WikiLeaks, is imprisoned in Virginia for refusing to testify before a US Grand Jury that has drawn up charges against Assange.

The majority of workers and youth in Australia consider Assange and Manning to be heroic figures, who risked everything to alert the world’s population to great power criminality. Many people are both outraged and bewildered at the way successive Labor and Coalition governments, the official media and the trade unions have assisted the US to slander, isolate and persecute an Australian journalist. 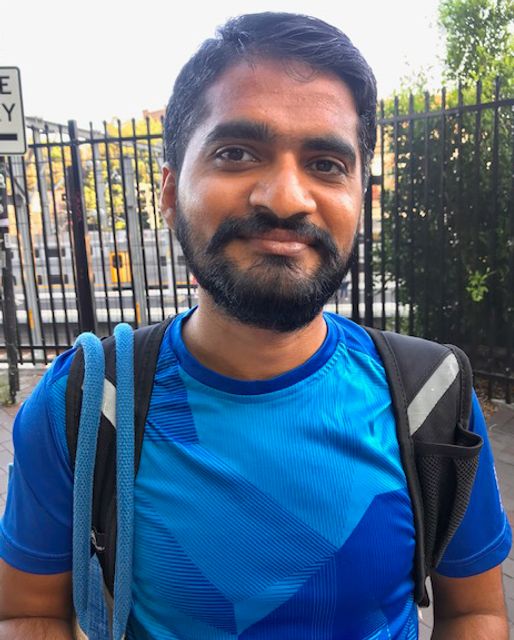 In Sydney, Asinkar, a 38-year-old who works in the finance sector, spoke with an SEP campaign team building support for the rally at the Parramatta Town Hall on Saturday, February 22 at 12:00 p.m.

He said: “I think Assange brought the truth to the public and it is very unfair to put him in prison. I don’t think it is justice. At first, he revealed what happened in Afghanistan and Iraq. Then he revealed what was in the Clinton emails. Mistakes happen during war. But what is wrong is not disclosing them. What Assange did is just disclose them and there is nothing wrong in disclosing truth.

“I think people should be on his side, because no politician is going to do that. The Australian government won’t do that because they are an ally to the US government. They are supporting the persecution of Assange. That’s why the people should support him.

“I’m so happy the SEP is holding rallies. Assange did nothing outside of the law. I think he should be freed. If he gets sent to jail then no one will dare to expose any illegal government activities, especially if they are powerful like America.”

Jessica, 25, told the campaigners: “On the one hand you have the people in power saying Assange did something wrong and they are persecuting him. On the other hand, you have the population saying he did nothing wrong. I think it’s a universal right for everyone to know the truth.”

Sally, a 19-year-old student, said: “I know Assange was charged with espionage because he published information and the government did not want that leaked out. Just because he leaked the truth it doesn’t make him the criminal. I think it’s really unjust. It’s a shift in democracy in an unjust way.

“I’m not surprised at all there is mass support for Assange. He didn’t do anything wrong. He just leaked facts. Some people don’t want the truth to come out. The more everyone is educated about what’s going on, the more people are aware and the more we can get some sort of action done.”

In Melbourne, the SEP rally is being held on Sunday, February 23 at the State Library at 2:00 p.m. This week, members of the party’s youth movement, the International Youth and Students for Social Equality (IYSSE) have been campaigning at the Orientation Week for new students at the city and Werribee campuses of Victoria University. O-Weeks at other universities begin next week. The defence of Assange and Manning has been a central issue of discussion with hundreds of students. 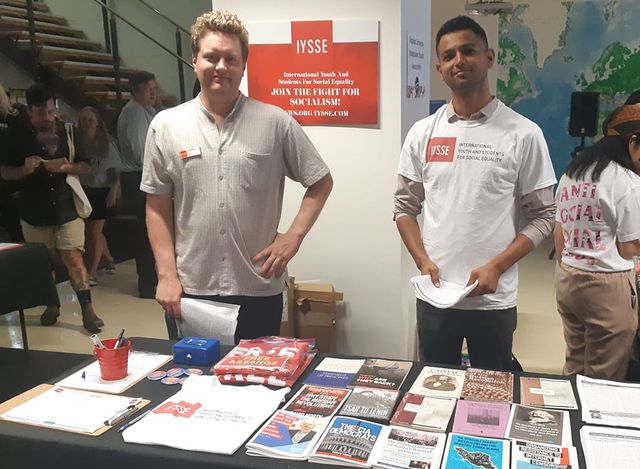 The Committee For Public Education (CFPE), which was initiated by the SEP, held a meeting in Melbourne on February 11 to discuss the campaign it is conducting to win support for Assange and Manning among teachers and education workers.

The meeting passed the following resolution: “The CFPE endorses the Socialist Equality Party rallies organised in Sydney, Melbourne, Brisbane and Wellington, New Zealand at the end of February. We encourage all teachers, education support staff, students and academics to actively campaign for and attend the rallies. Hold meetings in your workplace and pass resolutions demanding the blocking of Assange’s extradition to the US and his immediate and unconditional freedom.” 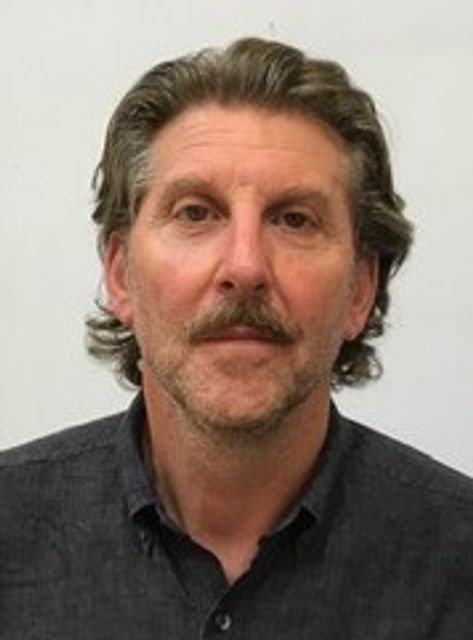 Frank, a secondary school teacher in Footscray who attended, said: “To support Assange and Manning is to support freedom of speech and to hold governments accountable. Governments are hiding the things they are doing, their criminal actions, behind the scenes.

“Teachers are educators of youth and we need to open their minds as to what is happening. Young kids are struggling against climate change and they are told not to by governments. But why not protest if the world is going to be devastated by climate change?

“Teachers should stand up and support Assange and Manning. Our school has passed two resolutions to support them, other teachers should too.”

Mandy, a primary school teacher and member of the CFPE, commented: “As teachers we have a responsibility to young people to give them a voice. In the future, young people and workers will be powerless if Assange is extradited to the US and prosecuted. If this is acceptable and okay, then what kind of world do we have? Teachers should join the protest to defend Assange and Manning.” 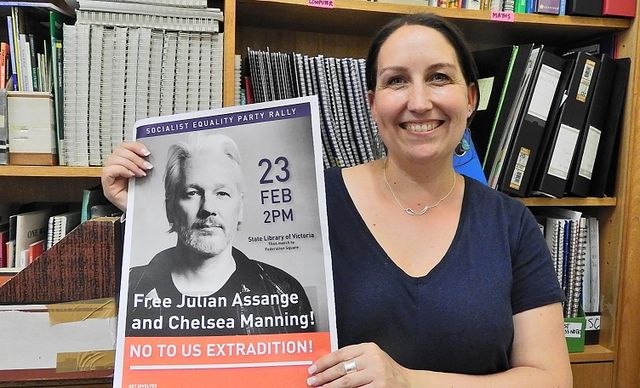 In Inala, a Brisbane working-class suburb, Fidelis, a youth worker, called for support for the SEP’s speak-out on Assange and Manning in Inala on Saturday, February 15 and for the party’s rally in Brisbane city on February 29 at 2:00 p.m.

“The media-created impression that most people have of Assange is that he’s a horrible person,” Fidelis explained. “The first time I heard about him was from a government-owned media outlet, the BBC, and they made him look so bad. When he was removed from the Ecuadorian embassy, they said he trashed the place. 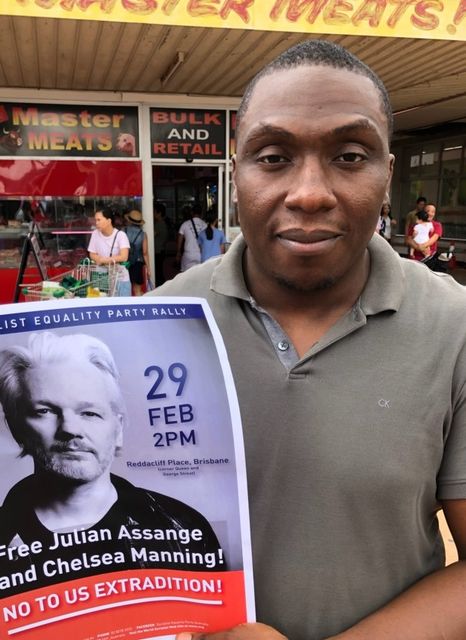 “When we read all these reports about someone, we are bound to have a negative reaction to that person. But after a while, I took time out to read the whole story about him, what he did and what he stands for. I realised that most things I heard about him were not true.

“The government of the United States is desperate to silence him and make sure he is incommunicado because obviously he is a threat to them. He has exposed some secrets and they don’t want him to say any more, because he knows a lot.

“I still don’t understand why the government is very reluctant to secure his release because, at the end of the day he shouldn’t be where he is today. He did a service, that’s the way I see it. If he cannot be rewarded, he should be freed at least. He should have his freedom.

“I still don’t understand the politics behind holding him hostage, but this government should help him. They’ve helped other people. There was a footballer who was held hostage [in Thailand] and then he was let go, and then there was a journalist, Peter Greste, who was released from Egypt. The same should apply to Assange.

“The governments are afraid of him, so scared of him. He is just one man, and that should make everyone worried, and want to know more about what Assange knows. We live in a society where there’s meant to be freedom of information and we should know all these things, especially when there’s something detrimental to society.

“So, I will be here for the speak-out here next Saturday and for the rally in the city on February 29. I will do my bit and see how it goes.”