German-speaking politicians, cultural workers and journalists have published a joint appeal, “Release Julian Assange from prison,” which supports the demand “for the immediate release of Julian Assange, on medical grounds as well on the basis of the rule of law.” The 130 initial signatories have now been joined by 22,000 other supporters.

The appeal expresses “great concern for the life of the journalist and founder of Wikileaks” and quotes the findings of the United Nations Special Rapporteur on Torture, Nils Melzer, saying, Assange showed “all the symptoms typical of victims of prolonged psychological torture.” The appeal also refers to the open letter from more than 60 medical doctors, who demand “Assange be transferred to a university hospital, as his state of health is now considered life-threatening.” 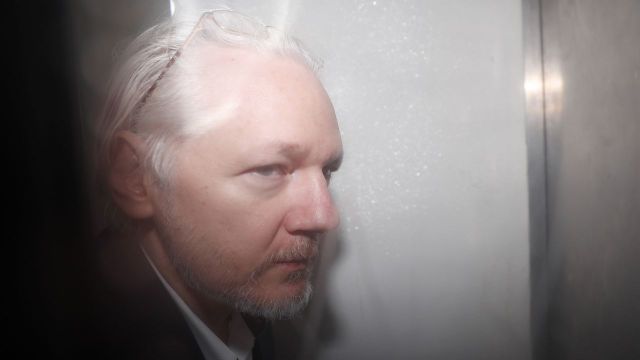 “It is obvious that Julian Assange cannot recuperate under the current conditions of detention, nor can he prepare for his extradition proceedings, which are scheduled to begin on February 24, 2020,” the appeal says. “Both constitute serious violations of fundamental principles of human rights and the rule of law, making a fair trial impossible and exposing Julian Assange to considerable suffering and health risks.”

The appeal goes on to say, “We remind the German media that Assange is one of their own and that the defence of press freedom is a fundamental tenet of democracy. Notwithstanding the allegations levelled against Assange, we urge the United Kingdom, on the human rights and medical grounds outlined above, to release Julian Assange from custody immediately so that he can recover under expert medical supervision and exercise his fundamental rights without hindrance. We also call on the German Government to make representations to the British Government to this effect.”

The PEN Centre Germany, Reporters Without Borders, the German Journalists Union in Verdi and the Whistleblower Network e.V. are also among the first signatories of the appeal.

It was initiated by investigative journalist Günter Wallraff, who has made a name for himself since the 1960s with his social and socio-political reportage. On February 6, Wallraff, Gabriel, former Interior Minister Gerhart Baum (FDP) and the Left Party Member of Parliament Sevim Dağdelen jointly presented the appeal to the media at the Federal Press Conference.

The publication of the joint appeal for the liberation of Assange is part of a change in the public presentation of the case in Germany. Up to now, the media had reported only sporadically on the case and, above all, repeated the false accusations and slander against the journalist.

This has changed in the last two weeks. For the first time, many media outlets have provided critical information about the Assange case, drawing on the research of UN Special Rapporteur Nils Melzer, who has long protested against the persecution of Assange and warned of its consequences for press freedom.

On January 31, the Swiss online publication Republika published an in-depth interview with Melzer under the title, “A murderous system is being created before our eyes,” in which he meticulously unpicks the shameful conspiracy of the Swedish judiciary against Assange.

Melzer, who speaks Swedish and has analysed the original documents of the Swedish judiciary, says the following about the rape accusations against Assange: “I couldn’t believe my eyes: according to the woman involved herself, there had never been a rape ... The statement of this woman was subsequently rewritten by the Stockholm police without her participation.”

What was striking, Melzer wrote, was the coincidence of these accusations with the publication of the so-called “Afghan War Diary,” one of the biggest leaks in the history of the US military, which WikiLeaks was able to publish in Der Spiegel, the Guardian and the New York Times in 2010.

On February 5, “Heute Journal,” the main news program of broadcaster ZDF, reported on the case for several minutes. The report, which noted, “Hacker, spy, suspected rapist—none of this is true,” was the first time such a thing had been reported on public television, and Nils Melzer was also reported on at length. “If you scratch the surface a bit,” he said, “the contradictions immediately come out.”

A full-page advert appeared in the Frankfurter Allgemeine Zeitung demanding Assange’s release. This was followed by the Süddeutsche Zeitung, broadcaster Deutschlandfunk, the Frankfurter Rundschau, Tagesspiegel, taz, etc. ... Many large newspapers and media bodies, which for years had helped to spread the absurd and publicly refuted accusations and slander about Assange, now reported critically on the case.

The long-time taz journalist Bettina Gaus even condescended to admit, “The public has been manipulated in the Assange case. Me too.” Self-critically she wrote, “I always found the Assange case unappetizing, and I was not very interested in it. I don’t like the man. I thought that somehow, everything will be correct. If I thought about it at all.” And, “Apparently, I wasn’t the only one.”

The change of course by the media and some politicians in the Assange case is undoubtedly due to massive pressure from public opinion. The slanders and accusations against the courageous journalist, orchestrated by state authorities and supported by right-wing feminist circles, never penetrated very deeply. And the mistrust grew with increasing militarism and the aggressive appearance of right-wing extremists supported by the establishment parties, as in the election of the Thuringia state premier with the votes of far-right Alternative for Germany (AfD), Christian Democrats (CDU) and FDP.

Under these circumstances, the worldwide campaign of the International Committee of the Fourth International (ICFI) and the initiatives of local support groups in defence of Assange have had a great impact. The ICFI had already organized international meetings and rallies for Assange’s liberation before his arrest in London.

In a statement on June 20, 2019, the WSWS editorial board then called for a “worldwide campaign to prevent Julian Assange’s rendition to the US!”

“Only by organizing protest actions on an international scale—meetings, rallies, demonstrations, and public conferences—will it be possible to frustrate and defeat the plans of reactionary governments, their intelligence agencies and political agents to silence and destroy Julian Assange,” the WSWS wrote. “The aim of this campaign must be to politically arouse and mobilize the international working class—the overwhelming majority of the population and the most powerful social force on the planet—in defence of Julian Assange and, in fact, the democratic and social rights of all workers.”

The statement further predicted: “There will come a time when all the sordid details of this plan to destroy Assange will become fully known to an outraged public.” This has now been confirmed.

However, it would be dangerous to believe that the high-ranking politicians who are now advocating the release of the WikiLeaks founder will lift a finger to achieve this. It should be noted that many of the initial signatories of the joint appeal are no longer in office. Not a single politician today having governmental responsibility supports it.

With his own cynical openness, Gabriel, who as foreign minister and vice-chancellor would have had numerous opportunities to help Assange and offer him asylum, declared at the Federal Press Conference that in retrospect, he would not have acted otherwise. “I understand every member of the federal government who does not deal with cases like this one in public,” he said. “That is the difference between my present situation and my past one.”

In other words, Gabriel is only in favour of Assange as long as this has no practical consequences. In this way, he is seeking to adapt to the widespread sentiments and prevent them from slipping out of the control of the establishment parties and moving further to the left. Foreign policy motives also play a role. Gabriel himself, and several other politicians who have signed the appeal, advocate a stronger independence of German imperialism vis-à-vis American imperialism.

Merkel’s former foreign minister, who now sits on the supervisory board of Deutsche Bank, also limits his support for Assange to the demand for “due legal process.” He described the courageous journalist as a “border-liner” and said that the rule of law must prove itself precisely when “we are dealing with people with whom we cannot agree, who are strangers to us and sometimes seem odd to us, or who have committed serious crimes.” Gabriel did not say what crimes Assange had committed in his opinion.

Liberating Assange and preventing his extradition to the US remains a task for the working class. As the WSWS wrote on June 20, the campaign must “politically arouse and mobilize the international working class.” We call on all WSWS readers to join this campaign.