Several opera theaters and musical institutions in Spain canceled scheduled appearances by opera singer Plácido Domingo this week following the finding released Tuesday by the American Guild of Musical Artists (AGMA) that Domingo had “engaged in inappropriate activity” and the singer’s subsequent apology.

The latest stage of the manufactured sexual misconduct controversy surrounding the 79-year-old singer is no more edifying than its earlier ones. In August and September 2019, the Associated Press (AP) posted two articles in which 20 women, 18 of them anonymously, accused the opera star of pursuing or harassing them. 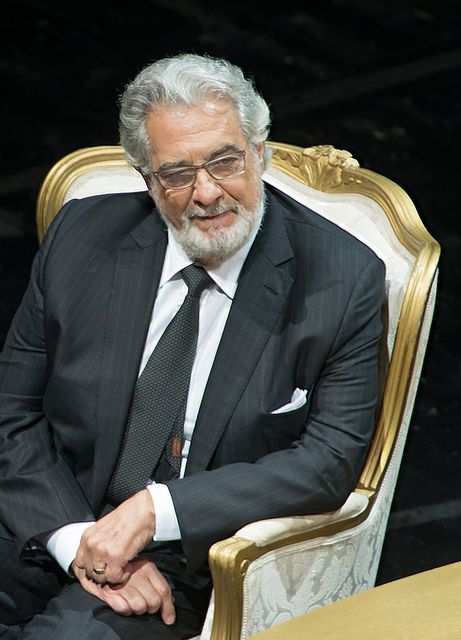 Various US institutions, including the Metropolitan Opera in New York, with whom Domingo had a 51-year association, the Philadelphia Orchestra, the San Francisco Opera and the Los Angeles Opera immediately canceled appearances by the singer or severed their relationships with him. None of them bothered to carry out an investigation before they took the actions.

European companies by and large have not until now succumbed to the hysteria. The events this week provided them with the opportunity.

On September 6, 2019, in the wake of the AP stories, AGMA announced that it had retained an independent investigator to examine allegations of sexual harassment and discrimination made by union members against Domingo.

In a brief press release this week, which raised more questions than it answered, the union reported that its investigation concluded that the singer “had, in fact, engaged in inappropriate activity, ranging from flirtation to sexual advances, in and outside of the workplace.”

According to the AP, to which portions of the investigator’s report were leaked, 27 people told lawyers hired by AGMA that “they experienced or witnessed sexually suggestive behavior on the part of Domingo in the 1990s and 2000s, [while] 12 others said they were aware of the star’s reputation and that it was common knowledge” at the Washington National Opera and Los Angeles Opera, where the singer held management positions.

The allegations made by the two dozen individuals included “unsolicited physical touching that ranged from kisses on the mouth to groping” and “late-night phone calls in which Domingo asked women to come to his residence.” He also allegedly invited “women to go out with him socially with such persistence that some felt they were being stalked.”

For his part, continued the AP, Domingo repeated “his denials of wrongdoing… and contended that he did not occupy a position of power over his colleagues and their careers.” He told investigators he had engaged “in flirtatious behavior but did not cross a line into inappropriate touching or behavior like asking colleagues to meet privately in his residence.”

The five-paragraph AGMA press release included no reference to Domingo’s using his position to damage the careers of female singers who failed to respond to his “advances,” the most serious, although entirely unsubstantiated, claim made in the AP stories last year.

With the sleight of hand typical of such operations, the press release went on to quote Raymond Menard, AGMA president, to the effect that his organization remained “committed to confronting systemic problems which can cause our members to suffer unlawful discrimination and harassment at work.” Did anyone experience “unlawful discrimination and harassment” at Domingo’s hands? If so, the issue should be pursued through the courts. Thus far, not a shred of proof along these lines has been made public.

In response to the AGMA finding, Domingo issued a generic apology, in which, among other things, he expressed regret for any pain he might have caused his accusers. “I accept full responsibility for my actions,” the opera singer explained, “and I have grown from this experience. I understand now that some women may have feared expressing themselves honestly because of a concern that their careers would be adversely affected if they did so. While that was never my intention, no one should ever be made to feel that way.” Domingo expressed his commitment “to affecting positive change in the opera industry so that no one else has to have that same experience.”

If this statement was made on the basis of a lawyer’s recommendation, it was poor legal advice. Instead of placating the maddened social elements intensely invested in such sexual witch-hunts, this sort of “apology” only encourages and urges them on.

The Spanish coalition government, which includes the Socialist Party and the pseudo-left Podemos, through its culture ministry, responded first to Domingo’s statement with a cowardly act of censorship. The ministry, headed by the Socialist Party’s José Manuel Rodríguez Uribes, canceled the singer’s part in Federico Moreno Torroba’s light opera Luisa Fernanda at the Teatro de la Zarzuela in Madrid in mid-May.

The culture ministry, in a statement dripping with hypocrisy, declared that “given the seriousness of the deeds,” and “in solidarity with women affected,” together with Domingo’s declarations of responsibility earlier this week, it had canceled his appearance.

Uribes cynically asserted, “Given that he [Domingo] wanted to take responsibility, our duty was to respond to that. Therefore, it is not the time for him to take part in the program, and that’s what we have decided in line with the facts admitted by him.”

On Thursday, Domingo withdrew from five performances in Giuseppe Verdi’s La Traviata at the Teatro Real, the major opera house in Madrid, hours before its executive committee was set to discuss whether to proceed with his May appearance.

The New York Times gloatingly reported on Thursday that another prominent Spanish arts institution, the Palau de les Arts Reina Sofia in Valencia, plans to remove “Mr. Domingo’s name from its young-artist training program.” The Times continued: “Mr. Domingo’s connection to the Palau de les Arts has been close since it opened in 2005, and he performed there in December.” A musical association in Úbeda, in southern Spain, canceled a May 3 performance by Domingo in light of this week’s developments.

Obviously concerned by these announcements, Domingo issued a new statement on Thursday, which suggested his previous apology had created a “false impression.” The singer first repeated his regret that he had made anyone “feel uncomfortable, or hurt, by anything I have said or done.”

However, Domingo continued, “I know what I have not done and I’ll deny it again. I have never behaved aggressively toward anyone, and I have never done anything to obstruct or hurt anyone’s career in any way. On the contrary, I have devoted much of my half century in the world of opera supporting the industry and promoting the career of countless singers.”

Complicating matters further, the leaking of the AGMA report to the Associated Press apparently scuttled a deal reached between the union and Domingo, through his lawyers, committing the singer to pay a $500,000 fine. An angry email obtained by NPR from Menard and the union’s national executive director, Leonard Egert, to the union’s officers and national board of governors indicated that Domingo’s counsel had now “withdrawn the agreement, which was expressly premised on AGMA’s promise to maintain confidentiality over the details of the investigatory report… AGMA has lost $500,000 that not only would have covered the costs of the investigation, but also would have funded an extensive sexual harassment prevention training program that is so desperately needed in our industry.”

Patricia Wulf, one of the two women making allegations against Domingo whose names have been revealed, demanded that AGMA release its findings. “I believe AGMA is trying to hide the report,” she commented.

Wulf and her lawyer, Debra Katz, a #MeToo zealot (and the attorney for Christine Blasey Ford, who alleged that US Supreme Court nominee Brett Kavanaugh sexually assaulted her when they were both teenagers), expressed dismay that AGMA was trying to arrange a financial settlement with Domingo. Katz asserted that what AGMA “should be doing is not negotiating a sweetheart deal with him, but expelling him from the union. And they’re not doing that.”

Following Domingo’s statement on Thursday, Wulf and the other named accuser, Angela Turner Wilson, called the clarification of his previous apology “extremely insulting.”

The pair insisted, “The world knows he is guilty of his predatory behavior, and yet he continues to deny that he groped and propositioned us and retaliated against us when we rejected his advances.”

The “world” doesn’t know any such thing, and, until recently, neither apparently did Wilson or Wulf, at least publicly. We have noted previously that in a 2006 interview with the Kansas City Star, Wilson cited as her “big opera moment” singing Jules Massenet’s Le Cid at the Washington National Opera with Domingo during the 1999–2000 season. She told the Star that singing with Domingo was “like standing next to a force of nature.”

For her part, until recently at least, Wulf also boasted about her association with Domingo. On her LinkedIn page, Wulf, now primarily a real estate agent in Virginia, asserted that “Prior to real estate, I was fortunate enough to sing opera as a soloist, with some of today’s most famous artists including Placido Domingo and [the late Italian soprano] Mirella Freni.” The LinkedIn page has now been altered.

Wulf’s curriculum vitae (CV) also notes that at “the Washington National Opera she has sung alongside Placido Domingo multiple times in [Verdi’s] Don Carlo & [Umberto Giordano’s] Fedora with Mirella Freni.” As recently as June 2018, when Wulf joined the staff of the M Institute for the Arts (M4Arts) in Washington, the biography she provided once again referred to the “multiple times” she had appeared with Domingo.