“I got no action to support me from the union”

Kelly Green, a bus driver for Edmonton Transit Service in Alberta, Canada, was fired Monday after posting a series of petitions and demands on social media for more personal protective equipment (PPE) to safeguard transit workers and passengers from the highly contagious and potentially lethal COVID-19.

Before his termination, Green had sought to raise his concerns with the Amalgamated Transit Union (ATU) and city authorities, and urged his colleagues to stop work until PPE was provided.

“I don’t have all the answers about how to do this, but what I am confident about is that shutdowns save lives,” Green told the World Socialist Web Sitein an interview following his firing. “I am not aware of any job actions in Edmonton besides my own. That included online activity you are aware of. I, myself, started a local support phone tree after repeated requests to Local 569 ATU President Steve Bradshaw went unanswered.” 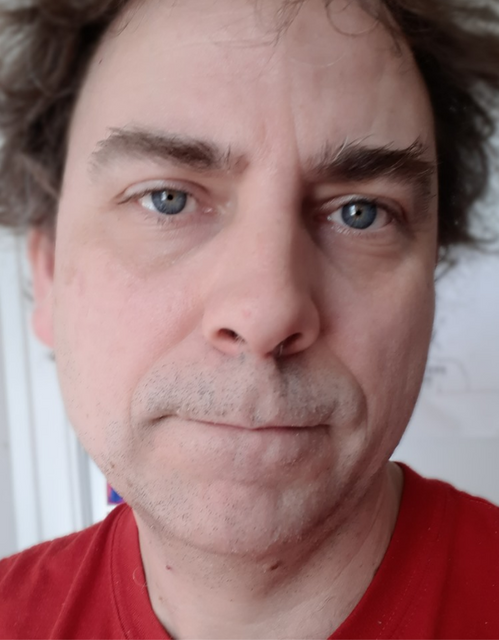 The bus driver’s insistent protests proved too much for the authorities to tolerate. In an arrogant and condescending tone, ETS admonished Green in his termination letter Monday, “(T)hrough your posts, you encourage City employees to engage in an illegal strike and have challenged and criticized City/ETS measures that have been reviewed and approved by City health and occupational health and safety professionals. …In summary, you continue to be defiant and insubordinate respecting the directions that have been given to you despite our repeated attempts at corrective action. Your ongoing posts (to Facebook) are contrary to the City’s Code of Conduct and pose risk to the City’s reputation, and stimulating (sic) fear in others….(T)he decision has been made to terminate your employment effective immediately.”

Green promptly posted the full letter on his Facebook homepage and has enjoyed an overwhelming support from rank-and-file workers.

The treatment of Green by ETS is symptomatic of a ruling elite that is completely indifferent to the fate of working people amid the worst pandemic in over a century. Coronavirus cases in Canada are quickly approaching 40,000 as the disease continues to spread rapidly and largely uncontrolled across the country. Over 1,950 people have died. This disastrous state of affairs is the product of the decision of governments at all levels, including the Trudeau federal government and Jason Kenney’s United Conservative Party (UCP) Alberta government, to prioritize corporate profits over workers’ lives.

Canada’s governments did nothing to prepare for the pandemic. Moreover, since North America emerged as the epicenter of the global pandemic, they have focused their energies on bailing out the financial markets and capitalist investors to the tune of hundreds of billions of dollars, while giving workers ration-style temporary benefits, and continuing to starve the health care system of resources. Yet it is workers, not the pro-corporate scoundrels of the political establishment, that are being harangued by the authorities for spreading “fear” and failing to respond to “corrective action.”

Edmonton’s transit authority has suspended fare collection and ordered passengers only to enter through the rear door on buses. Safety shields have also been installed, although these do not completely limit the transmission of droplets through the air. One ETS driver was forced into isolation earlier this month after a passenger who claimed to have tested positive for COVID-19 coughed on her.

Virtually nothing has been done for the drivers, known as bus operators. PPE is in short supply, and the bus depots are lacking in facilities for drivers to maintain basic hygiene while changing buses or waiting at the beginning or end of their shifts. “I refused to wait in the garage while on-call,” Green told the WSWS. “ETS supplies hand sanitizer and disinfectant wipes to operators. There may now be some masks or shields for DATS (Disabled Adult Transit Service) drivers.”

Green also detailed how he got involved in circulating demands for more PPE. “I participated in the creation of the Transit Workers Unite! petition, and promoted it widely on social media,” Green explained. “Additionally, I consulted lightly on another worker petition currently circulating that calls for a requirement for passengers to wear masks. I emailed to the City of Edmonton regarding their demands. In it, I link demands from ATU International and Transit Workers Unite! as well as my repeated request for a Hazard Assessment (under the province’s occupational health and safety regulations), which was never produced. That was a demand I made.

“I got no action to support me from the union, except from an Operator Rep, who was subsequently ordered aside so higher Executives could 'represent' me,” Green continued. “Last year, the former President blocked my motion to create a workplace safety committee. They will say they support our rights and are fighting hard to protect them, protect our jobs and keep us safe. Yet, last Thursday the president told me by phone he had not read the City’s email of demands, nor the posts they were censoring. He was offended by my insistence he do so, and I persisted. He reluctantly agreed to but I never heard back from him.

“The union leaders are not acting in the best interests of its members. This can be said for their bungling of major privatization schemes of the last several years including a $2 billion Public Private Partnership (P3) to expand LRT (light rail transit) in Edmonton, and now private buses planned to roll out later this summer. It can be said for allowing workers to continue work in a building with historic and active exposed asbestos, or, most germane— allowing the City to terminate a worker for not succumbing to totally unreasonable demands.”

The Work Place Health and Safety Act in Alberta says workers are jointly responsible with management to point out unsafe conditions. Under the act, workers ostensibly have an explicit right to refuse “unsafe work.” But as with all the social rights of the working class, this right is trampled over by employers, including public sector employers such as the ETS, with the complicity of the government and Labour Ministry.

Green’s protest is part of a growing upsurge of job actions by transit workers around the world in opposition to the dangerous and life-threatening working conditions they confront. In New York, at least 81 current or former transit workers have died in the pandemic, while at least 20 bus drivers in London, England have lost their lives.

In Toronto, employees of the Toronto Transit Commission launched a series of work stoppages over the past week to protest unsafe working conditions. In the Toronto area, over 50 transit workers have been infected by COVID-19. (see: Walkouts by Canadian transit workers protest lack of COVID-19 protections )

The Socialist Equality Party and WSWS argue that workers must organize workplace and neighbourhood committees of action independent of, and in opposition to, the pro-capitalist union apparatuses so as to fight for a global strategy to combat the pandemic that puts human life ahead of private profit. They must raise demands such as universal coronavirus testing and free treatment for all who need it, billions in emergency funding for a health care system ravaged by decades of austerity, and full pay for workers who lose their jobs or cannot work because of the pandemic.

Asked about his views on the SEP’s demands, Green responded, “I can agree with this, I would add protections for passengers, the public, Etc.”

When asked what message he has for bus drivers and transit workers around the globe reading this interview, Green said, “Be safe! Know your rights and use them! Be prepared for push back, including termination, for exercising your rights or organizing. Organize amongst yourselves. Keep notes. Support the activists and organizers around you. Look at the 'best practices' being deployed where you are, can they be improved? What are others in the world doing? Prepare and organize in your communities. Support other workers. We are in the largest crisis in generations, perhaps the biggest ever. It's also a massive opportunity. We must seize it and fight!”

Green also raised a number of demands workers should fight for. They include: Leave with full pay for transit workers; No lay-offs; Increased death benefits and retroactive payouts for the dead; an end to privatization; and guaranteed personal incomes.