Both had been working in some of the poorest neighborhoods in the US in the city, which has been ravaged by the coronavirus pandemic. There have been at least 17,515 deaths from COVID-19 in New York City, according to Johns Hopkins University. Every three minutes, another person dies of the virus in New York City.

Breen’s father said that she had described to him an onslaught of patients in recent weeks. Some of them died before even making it out of the ambulances. Her hospital, New York Presbyterian Allen, serves impoverished, predominantly Hispanic communities in northern Manhattan and the Bronx. The hospital’s 199 beds could have up to 170 COVID-19 patients. Already by April 7, 59 patients had died of the coronavirus. 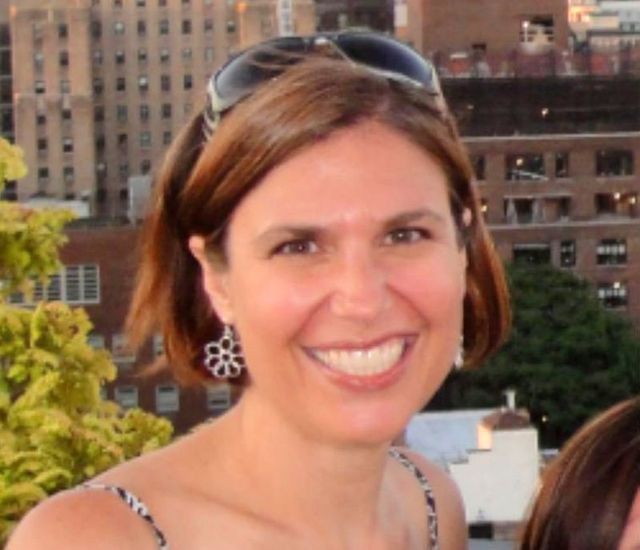 Breen herself had also contracted the virus but had recently recuperated. “She tried to do her job, and it killed her,” her father told the New York Times. “She was truly in the trenches of the front line. Make sure she’s praised as a hero, because she was. She’s a casualty just as much as anyone else who has died.”

Mondello, who had just graduated from FDNY’s Emergency Medical Services (EMS) Academy in early February, was sent to work in the Bronx right as the pandemic hit. His station had some of the highest 911 call volumes in the city. As the poorest borough in New York City and, indeed, the country, the Bronx has seen the highest infection and mortality rates in New York City. Residents are twice as likely to die from COVID in the Bronx than they are in other parts of the city. Entire families are getting infected, children orphaned.

A friend of Mondello and fellow EMT told the New York Post, “He told me he was experiencing a lot of anxiety witnessing a lot of death, he’d feel it was a heavy experience when he’d fail to save a life.” They both had been severely affected by “people passing away right in front of you.” He added, “We don’t have the same union benefits as other city workers. It’s really stressful to work long hours and not get paid as much.” Paramedics can make as little as $35,000 a year, which is barely enough to live on in New York City.

There has been an outpouring of public sympathy among Mondello’s colleagues and workers more broadly in response to his tragic death. A fundraiser has quickly gathered over $11,000.

The tragic suicides of Dr. Lorna Breen and John Mondello speak to the horrifying conditions and tremendous pressure health care workers are facing. But they were not inevitable. Responsibility for the high casualties among health care workers lies with the capitalist system and systematic government policies of malign neglect. 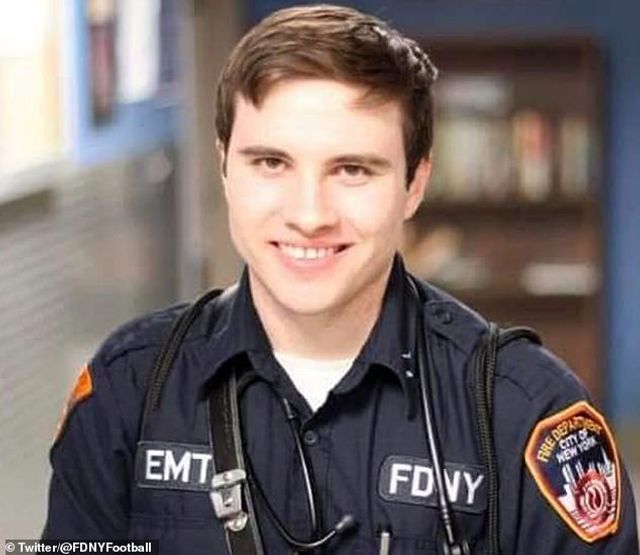 It is these policies, on top of decades of social cuts, that have created conditions for mass death of workers on an unprecedented scale that health care workers are witnessing on a daily basis. At the same time, while trillions of dollars have been pumped into Wall Street, health care workers have been left without the personal protective equipment (PPE), staffing levels and medical equipment that they need to both protect themselves and adequately treat their patients.

The scale of the exposure to mass death and the inability to save many lives for lack of personnel, equipment and time, is now creating emotional and psychological burdens that are becoming almost unbearable for many.

Even before the pandemic, EMS and other health care professionals were at a significant risk of developing depression and post-traumatic stress disorder (PTSD). EMS workers were known to contemplate suicide at a rate 10 times higher than that of the average adult. Recent years also saw a tragic epidemic of nurse suicides.

Dr. Shauna Springer, a trauma-recovery expert, told Business Insider that emergency personnel could suffer from “overwhelming guilt at times because of those they can’t save. They tell me that they carry a heavy burden of responsibility when they lose a patient,” adding that every life lost “can feel like a moral injury.”

Health care workers are regularly comparing the experience to that of a war-time situation as they witness multiple deaths every day, including among their colleagues. The two suicides bring the number of health care workers who have died because of the pandemic in New York state alone to at least 55.

Describing the psychological trauma that he and other first responders are experiencing, a paramedic told the WSWS, “When you’re literally that person that determines who will live or die, it’s a big burden. When we bring patients to the hospital it at least alleviates some of the stress. But now a lot of hospitals are not even treating the patients we bring. The other day, a 19-year-old COVID patient we were transferring from one ICU to another went into cardiac arrest on the stretcher. The first thing the doctor said was: ‘Fuck not again.’ They worked on him for 2 minutes and then they pronounced him [dead]. They didn’t even bother working him up because they had other people to handle.

“These patients are dying alone. We’re telling family members to go to another room so that we don’t expose the family or don’t expose ourselves to the family. Not even having the family see them is hard.”

Before the pandemic, talking to family members after a person passed away was a standard part of the job for EMS and hospital workers, helping both the families and the workers to cope. Now, social distancing and the lack of time make this all but impossible.

“Just the look on people’s faces now, it’s not the same look we’re used to or are comfortable with,” the paramedic said. “We don’t really talk to each other like we used to in the past. Everybody is quiet. You come out of work, you hear about another EMT or paramedic who lost his life to COVID, but you don’t even have time to internalize what you just heard. We’re facing line-of-duty deaths at alarming rates.” So far 11 FDNY members, including John Mondello, have officially died since the crisis began. 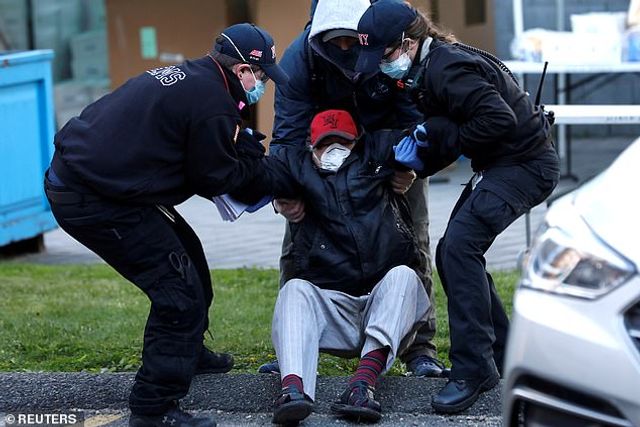 On top of the extreme psychological stress, nurses, doctors and EMS workers are working overtime, in shifts that can last up to 16 hours and come back to back. At several hospitals in the city, four hours of overtime per shift are mandatory for all employees.

At EMS, many are under pressure to go to work, no matter what. The paramedic told the WSWS, “The union [at EMS] is useless. They restricted us from using our sick time. You cannot use your vacation time off; you cannot use your sick time. You can only use your COVID sick leave. If I wanted a day off because I’m just not feeling well, with a headache or because I’m feeling depressed, you’re denied, you have to come into work. They have a no-call-no-show policy and you can get fired if you don’t show up.” He said he had worked 122 instead of only 48 scheduled hours in March.

EMS and other health care workers continue to face a dramatic shortage of proper PPE, as well as medical devices. At EMS, workers are mostly given yellow gowns that do not cover the face, the hair, the neck, or anything below the knees. Even then, they have to go scavenge for gowns in hospitals because they don’t have enough for each patient they treat in a shift.

Many nurses and doctors in state-owned hospitals only have whatever PPE they could borrow from friends or what they received through donations. In terms of PPE, virtually nothing has changed in the two months that the pandemic has raged in the US and New York City, the paramedic said. “No one really cares about our safety, no one really cares whether we get sick or not.”