For the formation of rank-and-file strike committees! Break with the UAW and the Democratic Party!

Hundreds of graduate workers at New York University (NYU) are participating in a three-day sickout Wednesday through Friday, the last three days of scheduled classes for the semester. Their action is to protest the university’s negligent and callous response to the coronavirus pandemic. As of Tuesday, 440 graduate students and 110 teaching assistants had pledged to take part.

Student workers are demanding universal extensions of all graduate student funding and time-to-degree deadlines, the provision of emergency financial aid for the summer months, immediate support for international and undocumented students, and no graduate student worker hiring freeze. 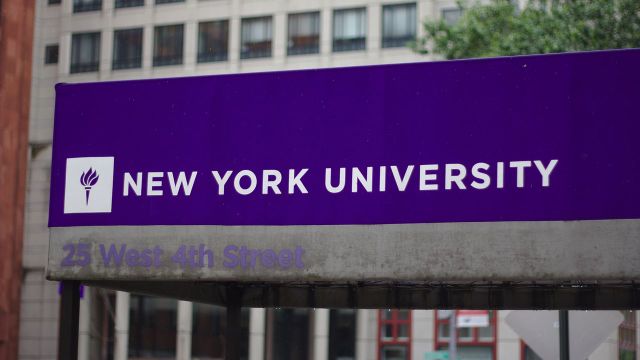 The sickout expresses the anger among an increasingly proletarianized layer of students, many of whom struggle to afford basic necessities amid the extreme social inequality in New York City. The response of the ruling class to the pandemic has greatly intensified the crisis, in New York and beyond, leaving masses of workers staring down unemployment, poverty and death. The action by graduate workers is part of a broader rebellion of workers refusing to sacrifice their lives and well-being in order to secure the fortunes of the corporate and financial aristocracy, many of whom sit on the board of trustees at NYU.

The sickout was organized by a group of student workers active within the Graduate Student Organizing Committee (GSOC). The GSOC is part of the United Auto Workers (UAW) Local 2110, an amalgamated union that has negotiated miserable contracts for workers at universities, museums, law firms and other offices in New York. The students are taking their action in defiance of the UAW whose contract with NYU, set to expire in August, includes a no-strike clause.

On Wednesday evening, the local sent an email to its NYU members underscoring its opposition to the planned job action. “After consultation with our union attorneys, we are advising graduate employees in our bargaining unit that participation in this action (i.e., calling in sick when not genuinely ill and unable to work) is not protected activity under the National Labor Relations Act or our union contract, and could result in the university taking disciplinary action including discharge against individual participants,” Maida Rosenstein, the president of Local 2110, wrote. “Therefore, in accordance with our obligations under the contract, we advise you not to participate.”

The UAW has for decades demonstrated its utter hostility to the interests of workers it supposedly represents, overseeing the decimation of the auto industry in exchange for the enrichment of a layer of union bureaucrats. In the last year, 12 top UAW officials have pleaded guilty in a federal corruption investigation, while ex-president Gary Jones has been charged with embezzling over $1,000,000.

In mid-March, Fiat Chrysler workers rebelled against the UAW, which was keeping workers on the job despite the spread of the deadly virus that has since claimed the lives of two dozen autoworkers. The UAW has given its blessing to the reopening of the plants, insisting that the companies have the right to do so despite the lack of any real safety protections.

Well aware of the suspicion grad students and others have of the UAW, GSOC leaders at NYU periodically present themselves as critics of the UAW leadership. Nonetheless, their basic function is the same, to contain workers’ struggles and politically subordinate them to the Democratic Party. The leadership of the sickout campaign, NYU for Universal Extension / Sick Out NYU coalition, responded to the email from the UAW Local 2110 president by dismissing its significance, stating in an email reply, “we knew all this from the start.”

Graduate students must be warned: The success of this struggle depends on the independent initiative of rank-and-file university workers and breaking the stranglehold of the UAW and GSOC. The International Youth and Students for Social Equality (IYSSE) at NYU calls on graduate students at the university to form a rank-and-file strike committee independent of GSOC-UAW to reach out broadly for support from the millions of workers in New York City and beyond who are fighting the pandemic and its economic and social consequences.

As part of the Socialist Equality Party’s (US) program of action for the working class to fight the COVID-19 pandemic, the IYSSE at NYU urges students to adopt the following demands:

• Abolition of tuition and fees

• Universal and free testing and free medical treatment for all

• Protection of refugees and international students

• Safe and affordable housing for all students, including those who have been evicted from dormitories or were homeless to begin with

The claims by the corporate and political establishment that there is no money to meet these demands is a lie. The Trump administration, with virtually unanimous support by the Democrats in Congress, have handed over trillions to prop up the stock market and the private fortunes of the super-rich. Instead of another Wall Street bailout, workers must demand that trillions be made available to protect the health and economic and social well-being of the working class.

The struggle of graduate students for a living wage and decent working and learning conditions is above all a political struggle. It cannot be separated from the wider fight for the social rights of the working class, which have been under assault by both the pro-capitalist Democrats and Republicans for decades. Under pressure from Wall Street, both parties push for a premature return to work that threatens the death of hundreds of thousands of people. The pandemic is being used as a cover for an even deeper assault on public education and other social rights, even as politicians from both corporate-controlled parties, including Bernie Sanders, voted for a massive bailout of Wall Street.

The GSOC leaders, who are dominated by middle-class pseudo-left politics, provide no viable perspective for NYU graduate students. Several members of the NYU for Universal Extension / Sick Out NYU coalition, which organized the strike, are members of the Democratic Socialists of America (DSA) and have written for its affiliated journal , Jacobin .

The DSA has consistently functioned as a pseudo-left fig leaf for the Democratic Party and the unions. In January 2019, the United Teachers Los Angeles, headed by a DSA-supported faction, rammed through a sell-out agreement penned by state Democrats. The DSA promoted, and still promotes, Bernie Sanders, who is demanding that workers and young people support Joe Biden, a tool of big business and the Pentagon.

The orientation of the leadership of the sickout to the Democratic Party and the UAW are reflected in the limited demands they have advanced, which focus on pressuring the university administration. Appeals to this collection of multi-millionaires, operating under the thumb of the billionaire-laden board of trustees, are worse than futile. Refusing to grant even the most limited concessions, the administration has a long record of attacks on workers, neglect of student issues such as mental health and food insecurity, and contempt for democratic rights. It also maintains extensive ties to the Democratic Party, US militarism and the intelligence agencies .

NYU’s subservience to the profit interests of Wall Street has only been underscored by its callous and arrogant response to the COVID-19 pandemic. The administration’s actions have been of a piece with that of the entire ruling class, which seeks to shift the burden for the pandemic onto the working class. The university has not only refused to respond to any of the demands raised by graduate students but also refused to refund students despite a shift to substandard online instruction, abruptly expelled students from dorms, and has left students previously reliant on secondary jobs for food and housing without adequate financial aid.

As financial pressure mounts on the university due to the economic implications of the pandemic, NYU’s attacks on its workforce and student body will only intensify. In emails to both faculty and students, NYU president Andrew Hamilton has signaled that layoffs of university workers are actively being discussed.

The struggle of graduate students can only be successful if it is based on a socialist perspective and a turn to the international working class. Instead of limiting the struggle to the campus and appealing to the multi-millionaire administrators, graduate student workers at NYU must turn to the millions of workers and students across the city, the US and the world who are entering into mass struggles against the capitalist system. The recent strike wave, which has engulfed Amazon, Whole Foods, Instacart, meatpacking and autoworkers, is just the beginning of broader struggles to come.

This fight can only be conducted independent from and in opposition to the unions. The necessary political lessons must be drawn from the failed graduate workers strike at the University of California Santa Cruz (UCSC) and the role of the UAW more broadly. After four months of struggle, the UCSC strike was isolated and ended as it was brought under the control of the UAW.

Instead, a rank-and-file strike committee must be formed to coordinate with other students and workers across the country, including victimized UCSC strikers. At Columbia University, graduate students voted to go on strike on April 24, against the wishes of their UAW-led bargaining committee, to protest the university’s response to the pandemic. On May 1, this was extended to a rent strike in university-owned housing.

The unions are allied with Biden, Cuomo, Schumer, Pelosi and other Democrats, who defend the capitalist system just like Trump and the Republicans. The Socialist Equality Party and International Youth and Students for Social Equality (IYSSE) are fighting to transform the growing resistance of workers and young people into a conscious political movement against both big business parties and for socialism.

We encourage all graduate students who are interested in forming rank-and-file strike committees and building a new leadership of the working class to contact the IYSSE at NYU and the World Socialist Web Site .