At least 275,000 teachers in the US face permanent job loss as states prepare massive budget cuts

The devastating long-term economic impacts of the COVID-19 pandemic have not yet fully materialized, but the growing budgetary crisis in every state in the US has already resulted in massive cuts for the current fiscal year, with plans for far greater austerity in the near future. This poses an existential threat to public education, with the jobs of hundreds of thousands of teachers and other school employees at risk and untold consequences for an entire generation of youth.

Leaders of major school districts across the United States have recently warned that if they do not receive emergency funding to offset the impacts of declining tax revenues during the pandemic, at least 275,000 teachers in major US cities will permanently lose their jobs. The Council of Great City Schools (CGCS) warns that districts will have to cut between 15-25 percent from their budgets for the 2021 fiscal school year, which begins July 1 for most states.

On May 12, Mike Casserly, the head of the CGCS, told Education Week, “If Congress and the administration do not approve substantial additional funding, state and local revenue losses will result in teacher layoffs and cuts to other supports and services that will take a generation to recover from in terms of restoring district instructional and operational capacity.” 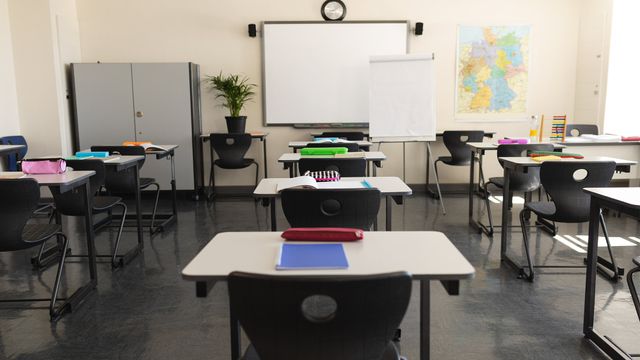 Another recent analysis by the public education advocacy group Learning Policy Institute provides several estimates of teacher job losses based on the extent of the budget shortfalls. With a 15 percent loss in funding, they project 319,000 teacher jobs would be destroyed. With a 30 percent loss in funding—which is entirely plausible for the coming year—an estimated 697,675 teaching positions would be cut.

Given variations in the proportion of education funds going to teacher salaries, the impact on each state varies widely. The most severely impacted proportionally would be Minnesota and Hawaii, which would face the loss of 20.5 and 20 percent of their teacher workforces respectively. A 15 percent cut in education funding in Michigan would mean the loss of 12,561 teaching positions, while in California that number nearly quadruples to 49,197 jobs.

As brutal as these cuts are, these estimates do not include hundreds of thousands of support staff workers, including school bus drivers, teacher aides, food service workers and custodians, whose jobs would also be eliminated.

States across the US are revising their current spending on education and preparing for deeper cuts and teacher job losses in the fall. Michigan’s Consensus Revenue Estimating Conference report came out last week with estimates revised down by $3.2 billion for the 2020 fiscal year, a 12.85 percent decrease in funding. Billions of dollars in cuts for the current fiscal year have already been announced in numerous states.

Last week, the Detroit Free Press cited Wayne Schmidt, chair of the Michigan Senate’s Appropriations Committee, projecting a 20-25 percent cut in per-pupil funding based on state revenue losses from the pandemic. The projected cuts would reduce per-pupil spending from $8,000 per child to $6,000 in the coming school year. New Jersey has already frozen $1 billion in current spending due to budget pressures arising from the pandemic.

Pressure is mounting for schools to reopen in the fall so that workers whose children are in school can “get back to work.” Broad sections of the political establishment, led by the Trump administration, are promoting the reactionary and scientifically invalid policy of “herd immunity” to encourage the rapid reopening of the economy despite the immense dangers posed to the working class.

This homicidal policy acquires a particularly sociopathic character in Trump’s demands that teachers, students, and other personnel return to school buildings without adequate programs in place for testing, contact tracing and isolating confirmed cases. This takes place under conditions in which a growing number of children have been diagnosed with Pediatric Multi-system Inflammatory Syndrome, which is linked to COVID-19.

Of America’s 3.2 million public school teachers, 29 percent are above 50 years old. As part of the CARES Act, school districts were barred from receiving payroll tax credits for staff retention or providing emergency paid family and sick leave for employees who are sick with COVID-19. Thus, those who do return when schools reopen will be at risk of dire health consequences or death from COVID-19, with no financial redress.

While additional federal funding is desperately needed, the $3 trillion Health and Economic Recovery Omnibus Emergency Solutions Act (HEROES) Act passed by the House Democrats Friday stands no chance of passing in the Senate, and Trump has already declared it “dead on arrival.” Senate Majority Leader Mitch McConnell has repeatedly stressed that his objective is to enable states to declare bankruptcy, which will facilitate the slashing of pensions and a massive restructuring of all state services, including education.

In her weekly online forum last Tuesday, American Federation of Teachers (AFT) president Randi Weingarten provided more political cover for Trump’s plan to reopen schools. In addition, she issued a press release Tuesday to try to add credibility to the HEROES Act charade, knowing full well that it stands no chance of passing the Senate.

For decades before the pandemic, there has been a bipartisan assault on public education. In 1995, the Clinton administration adopted the reactionary slogan of “school choice” and provided federal money to privately run and publicly funded charter schools for the first time. In 2001, the Bush administration’s No Child Left Behind policy tied school funding to test performance, with low test scores leading to school closures.

In 2009, under the Obama administration’s Race to The Top, funding was further tied to “accountability.” The 2008 financial crash was exploited to demand that cash strapped districts compete for a smaller pool of money based on whether they lifted caps on charter schools, merit pay, and vouchers.

In the wake of 2008-09 recession, at least 120,000 teaching positions were permanently lost, and hundreds of schools were closed. All told roughly 200,000 school employees were cut and in many states school funding levels and salaries never returned to pre-recession levels. This was the objective foundation that impelled the nationwide wave of strikes, beginning with the 2018 statewide wildcat strike by West Virginia teachers and involving over 700,000 US teachers since then.

The shutting down of these bitter struggles became the sole preoccupation of the AFT and NEA. The potential for a nationwide revolt struck fear in the union bureaucracies and among those who aided and abetted them, the “union activists” of the now defunct International Socialist Organization (ISO), along with Socialist Alternative, and the Democratic Socialists of America (DSA).

The new context of the COVID-19 pandemic reinforces the essential lesson from these struggles, that teachers and workers must take the fight into their own hands by building new organizations of struggle, independent of the unions, to mobilize teachers and every section of workers in a common struggle against the dictatorship of the banks and giant corporations. In opposition to both corporate-controlled parties, all educators must base their fight on a genuine socialist program, which asserts the universal right to a fully funded, high quality public education for all.