The coldhearted indifference of the authorities to the suffering of the population during the current coronavirus pandemic did not come out of the blue. It is an extension and a heightening, with homicidal implications, of the “everyday” reality of life in a terminally diseased capitalist society.

The tens of thousands who die each year in the US, for example, from drug overdoses, industrial accidents, suicides and homicides arouse next to no interest from a political and financial elite focused exclusively on the accumulation and defense of personal wealth.

Lost Girls, intentionally or not, provides a small glimpse of that cruel “ordinary” actuality. It is a dramatization of real events, the unsolved murders of young female sex workers on the South Shore barrier islands of Long Island, New York. The film is directed by Liz Garbus and based on the 2013 book of the same title by journalist Robert Kolker, whose 2004 feature article in New York magazine, “The Bad Superintendent,” inspired a film we recently reviewed, Bad Education.

We first meet Mari Gilbert (Amy Ryan) at one of her two jobs, unsuccessfully requesting more hours. She appears to be struggling, financially and emotionally, along with the two daughters, Sherre (Thomasin McKenzie) and Sarra (Oona Laurence), who live with her in drab surroundings in Ellenville, New York, 90 miles northwest of New York City.

The three wait for another of Mari’s daughters, Shannan, to show up for dinner. She never arrives.

When Shannan isn’t heard from, Mari and her two girls begin to look for her. A boyfriend in Jersey City hasn’t seen her. No one says it out loud, but it becomes clear that 24-year-old Shannan was working as an escort, a prostitute. The man who drove her to Oak Beach, a gated, oceanfront community on Long Island, describes her running down the road away from him, shrieking hysterically, on the night in question. That was the last he saw of her.

Shannan had made a call to 911. The Suffolk County police took an hour to respond. Nor do they have any great interest in a “Craigslist hooker” (after the classified advertisements website through which Shannan and others organized their appointments with clients) once they acknowledge she is missing.

Much of Lost Girls is taken up by Mari Gilbert’s painful, persistent struggle for some police or official action in regard to her daughter’s fate. One of the local cops (Dean Winters) makes no secret about his lack of concern. At one point, he asks police commissioner Richard Dormer (Gabriel Byrne), who feels obliged at least to go through the motions, “Who spends this much time looking for a missing hooker?” Another small glimpse of real life, this time the mind of an authentic policeman, not the entirely imaginary creatures who populate the television procedurals. 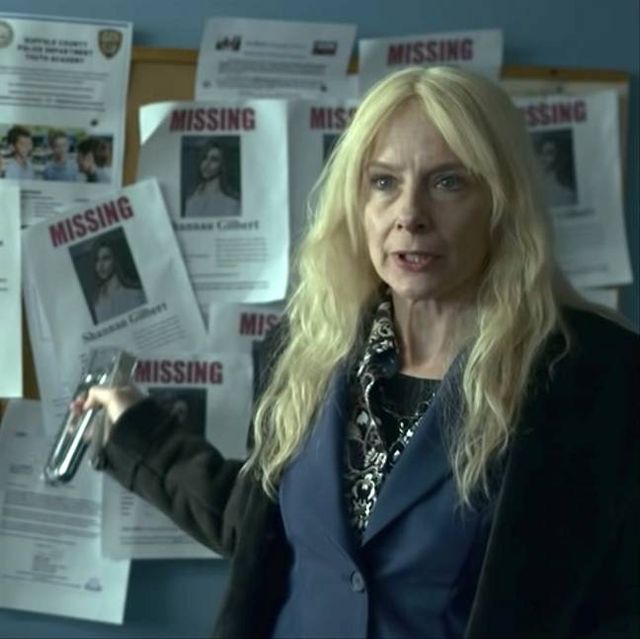 Seven months after Shannan Gilbert’s disappearance, four bodies, evenly spaced, wrapped in burlap, are discovered along a highway near Oak Beach. Shannan is not one of them. Eventually, six more sets of remains are found in March and April 2011.

The publicity for Kolker’s book explains about the first four women: “There was Maureen Brainard-Barnes, last seen at Penn Station in Manhattan three years earlier, and Melissa Barthelemy, last seen in the Bronx in 2009. There was Megan Waterman, last seen leaving a hotel in Hauppauge, Long Island, just a month after Shannan’s disappearance in 2010, and Amber Lynn Costello, last seen leaving a house in West Babylon a few months later that same year. Like Shannan, all four women were petite and in their twenties, they all came from out of town to work as escorts, and they all advertised on Craigslist and its competitor, Backpage.”

Mari’s own life and situation comes under scrutiny. She’s had problems, poverty being the biggest one. Unable to cope, it seems she had to give Shannan up to foster care. She “abandoned her daughter,” in other words. People complain that Mari is always angry. Why shouldn’t she be?

The press only sensationalizes and trivializes. “Who is killing the sex workers?” one program shrilly asks. Mari and her girls are appalled at the recurring, slighting references to Shannan on the news as “a prostitute from Jersey City.” For their part, officials like to repeat she was in a “high-risk business,” as though she therefore had no reason to expect a better outcome to her life.

(Lorraine Ela, Megan Waterman’s mother, was interviewed in The Killing Season (2016), the true crime documentary television series on A&E. According to a Rolling Stone review of the series, Ela asserted that “it took a month for the police to look into Waterman’s disappearance, despite her mother’s certainty that something was amiss. Waterman’s cell phone and wallet were found in her hotel room. ‘When I called Suffolk County Police Department, they should have gone to her hotel room that day,’ Ela tells the filmmakers. ‘They don’t care about the sex world. They just think they’re dirty, scummy people.’”) 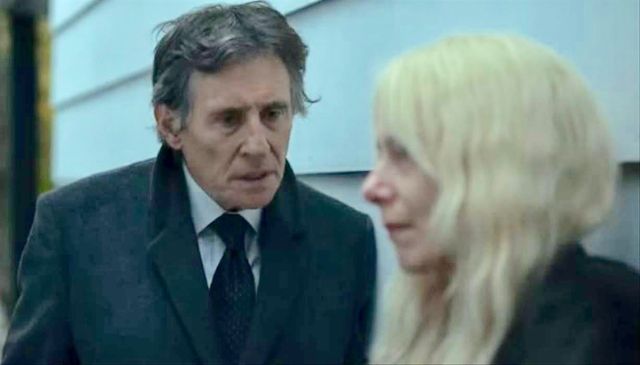 A group of the mothers and relatives of the victims get together. Mari, who still holds out hope that Shannan might be alive, is the most outspoken, obstreperous, unforgiving. They even pay a visit to Oak Beach en masse, trespassing and disturbing the community. The police arrive quickly. Mari points out bitterly it took them an hour to respond to her desperate, endangered daughter.

There is no happy ending. Shannan’s remains are finally found, although there is disagreement on the cause of death. Mari tells a press conference, “The police failed us. They failed every one of us. They ignored me.” Worse still, we learn in a title that Sarra Gilbert, suffering from severe mental illness, fatally stabbed her mother in July 2016. Unrelenting in their brutality, the authorities dismissed her maddened state, in which she heard voices telling her to kill Mari and tried her for second degree murder. She was sentenced to 25 years in prison in 2017. No happy ending anywhere.

Liz Garbus co-directed The Farm: Angola, USA (1998), the strong documentary about the largest maximum-security prison in the US, Louisiana State Penitentiary, known as Angola. On her own, she has directed The Nazi Officer’s Wife (2003), Bobby Fischer Against the World (2011), Love, Marilyn (2012) and What Happened, Miss Simone? (2015), and produced Ghosts of Abu Ghraib (2007) and The Innocence Files (2020), among other films.

Lost Girls is Garbus’s first narrative feature, and it is a serious effort. Garbus brings out the social element, beginning with some of the film’s opening shots, taking in the depressed and depressive streets of a small American town. Shannan Gilbert, who aspired to be an actress and one of whose early singing performances on video provides the only real chance we have to see her, had to travel from one economic zone, one social world, to another to make a risky, degrading living.

Amy Ryan is convincing as the difficult, determined, outraged woman at the center of the film. Thomasin McKenzie as her daughter also makes a deep impression.