Voices of young protesters: Police violence, COVID-19 and the 2020 elections

The International Youth and Students for Social Equality (IYSSE) in the US collected interviews with young workers and students across the country on the social conditions confronting young people and the political issues driving them into struggle. The young people interviewed expressed concern over attacks on democratic rights, the acute economic distress facing youth in the COVID-19 pandemic, and imperialist war among other issues.

Maria, 21, whose name we have changed for her security, is a DACA-recipient living in New York City and the first in her family to graduate college. Both of her parents are undocumented and have become unemployed as a result of the COVID-19 pandemic.

“My mom, she cleans offices, apartments and for her situation, as soon as COVID-19 started, a couple of her bosses for apartments and buildings started calling her and telling her that they didn’t need her services right now because it was dangerous for their family as well.” Maria also explained that her dad, who is a cook, lost his job during the pandemic: “The restaurant closed down right away, they just let him go as well.”

Speaking on the particular difficulties facing her undocumented parents, Maria stated, “We don’t know when my mother will get those jobs back. She didn’t get paid. She couldn’t fight it or ask for anything because as an immigrant she doesn’t have any rights.”

Because undocumented immigrants in the US are deprived of basic unemployment rights, her parents are not eligible to receive any financial assistance. As of the time of this interview, Maria’s unemployment benefits are the sole source of financial support for the five people in her family. “The little that I get, I’m supposed to be helping out my family and it’s a lot of stress. We have rent, we have to keep up with the food. Being 21-years-old and maintaining both my parents and my siblings is hard on me.”

Maria’s younger siblings have suffered from not having access to the technological resources needed for continuing their schooling during the pandemic. “My sister’s in middle school, and my brother’s in high school. We only have one computer to go around in our family. We asked for my sister to get a tablet from her school, and she’s working on it.” Maria has taken charge in helping her siblings work through the difficulties of completing online schoolwork: “The school extended the deadline for her assignments, but a tablet is different from a computer. It’s harder, so I have to sit down and take the time to try to teach her the material. For my brother, he’s taking AP classes. I have to take the time to go through the material myself so I could teach him. We have good teachers, but online learning is definitely difficult.”

The added stress has weighed heavily on Maria. Asked about taking charge of the household, she responded, “It’s been on my mind constantly. I do have my unemployment, but I keep thinking, ‘What if I don’t get my next payment?’ or, ‘What if I don’t qualify for it anymore?’ I’m planning on going back to work. … I know I’m 21, but I feel a lot of pressure because I didn’t think I would have to take charge so soon. It takes up a lot on my mind. What if my parents get sick? What then? Will I be able to support all of this? I have fear, I guess I would say. I don’t know what’s going to happen. I don’t really know how to explain it.”

Anthony, 22, works as a carpenter in Jackson, Michigan. He was unemployed for two months during the COVID-19 pandemic. When asked how the pandemic affected him and those around him, he said, “It affected everybody. One person from my family overdosed on drugs. They had an underlying mental illness. Being in isolation and not seeing immediate family has not only affected income, but also mental health and other issues.” 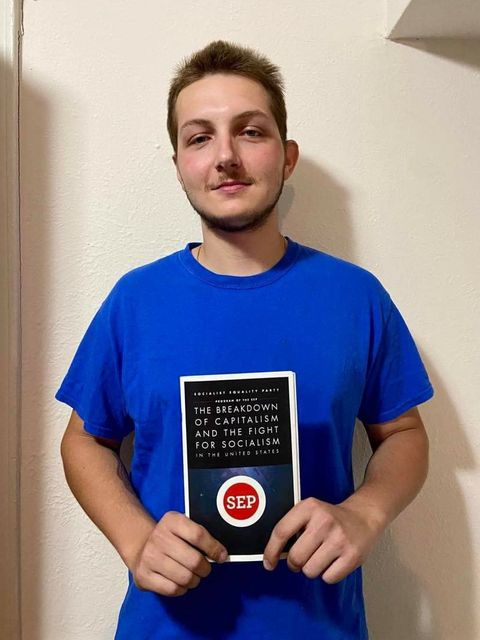 Anthony criticized the response of the federal government, whose primary concern has been propping up Wall Street during the pandemic. “The CARES act gave each citizen $1200, but only a small fraction of the money spent went to citizens. … The money should have been going to working people to subsidize people’s house payments, car payments, school payments. People should not have been losing money because the government didn’t correctly protect them at the time [of the outbreak of COVID-19].”

Maria also commented on the CARES act saying, “With [Trump’s] economic relief package, I’ve been seeing that local Hispanic businesses have been showing more support for him. I see that they’re going to be more supportive of Trump. It’s like buying your vote, some people are saying that ‘He helped us out’. He didn’t help us out! $1200 is nothing.”

As a comparison, Maria pointed to the billions being spent to build a wall on the US border with Mexico. “It made me question, they really have money to give to the wall but not for everyone in America? ... It really makes me question what are their priorities.”

These social issues, which were already present before the murder of George Floyd, have fueled the spontaneous upsurge of protests for democratic rights. Another young person named Anthony, a fifteen-year-old from Los Angeles, said, “George Floyd was murdered, and we have to recognize the act as such. The current system we have in place discriminates against the poor and disproportionately against African-Americans.”

When asked about the racially disproportionate epidemic of police killings, Anthony added “I agree with the World Socialist Web Site that it is not a fight between white and black America. The problem is the system itself which is responsible for decades of state-sanctioned violence against the working class.”

Anthony is a sophomore in high school. He described his political radicalization, representative of a wide layer of young people. “The transformation, for me, was centered on the question of war. For personal reasons, I am deeply anti-war. The more I began to look for a coherent ideology that would articulate a viable anti-war perspective the more I became convinced that I was a socialist. I have come to the conclusion that it is the only system that can replace capitalism and stop war.”

Anthony, the Michigan carpenter, contrasted the multi-racial and international character of the protests against police brutality to the racialist narrative promoted by bourgeois media. “Mass media like CNN, ABC, NBC and influential politicians like Kamala Harris, Nancy Pelosi and Al Sharpton, these people are continuing the narrative that [police violence] is race-based and it’s based on slavery and institutional racism that has been perpetrated by a race. That’s not what it is. Police brutality is about keeping poor people down. Police were created to keep workers in line, to stop social change. ... Workers should strive to understand that it’s not a one-nation-based movement or a race-based problem. It’s a class problem, an international class problem. Protests are happening all over the world.”

Maria, asked why she thought the crisis was so intense in the US, supposedly the wealthiest and most powerful country in the world, said, “From what I understand, it is because of capitalism. I’ve been informing myself and it turns out the pandemic has been here for months, but no one really did anything. We could have avoided this; we could have been safer.”

In another interview published earlier on the WSWS detailing how he was assaulted by Secret Service officials at a protest in Washington D.C., George explained his own political development: “I used to be put off by how you guys criticized [former Democratic Presidential candidate and Vermont Senator] Bernie Sanders, but you’re right about how he’s trying to cover up for the capitalist state.”

The Los Angeles high schooler Anthony told the WSWS, “Young people should not embrace the Democratic establishment. The only allies that we have are members of the working class.” 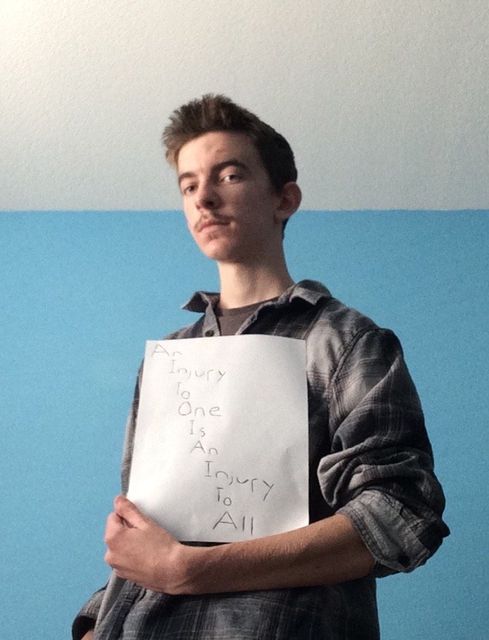 When asked about the prospect of such a revolutionary break with bourgeois politics, Maria affirmed, “During this time, I think a lot of people are starting to realize what’s really going on. I think people are a lot more open-minded and are driven to action, so I do think this is happening.”

The Michigan carpenter Anthony described the way forward for young workers and students to combat the homicidal return to work and the epidemic of police murder. “They should form their own organizations to battle against it. … Obviously, the politicians aren’t on our side. The union leaders aren’t on our side. What’s the next step to protect yourself and fellow workers? The Socialist Equality Party calls those rank and file committees.”

The IYSSE calls on all young people to take up the fight for socialism with a conscious turn to the working class, the only revolutionary force capable of overthrowing capitalism and ending the social misery which it produces.