The Immigration Health Surcharge (IHS) was introduced back in 2015. It has meant that overseas workers have been forced to pay a levy to the NHS on top of their tax and national insurance contributions through their wages. The IHS has doubled since it was introduced from £200 to £400 per person annually and is set to increase to £625 in October. The fee must be paid in a lump sum for the period covering migrant workers’ visas, along with visa fees among the highest in the world. 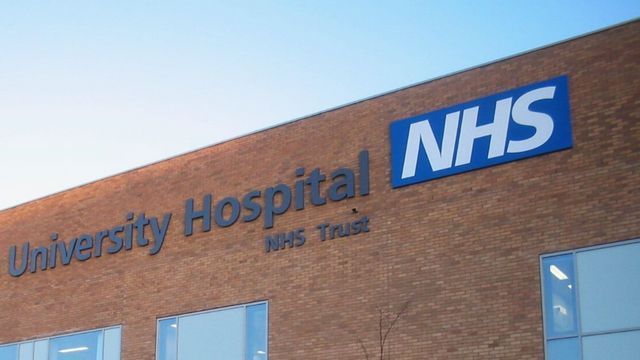 Conservative Prime Minister Boris Johnson intended to tell Parliament on May 20 that migrant doctors, nurses and paramedics would be excluded from the fee. He also granted a free extension to their visas for a year. However, following a public outcry, Johnson instructed the Department of Health and Social Care (DHSC) to also exclude all non-EU migrant NHS and social care workers from the charge. He accepted that the families of health care workers who die during the pandemic must be given indefinite leave to remain (ILR).

The government has reneged on its promises. Evidence of non-EU NHS workers still having to pay the health surcharge has come to light. A survey conducted by Doctors Association UK (DAUK), published in the Guardian, revealed that 158 NHS workers who responded were still having to pay and only eight confirmed that they no longer did so.

The Times reported that those applying for new visas were still being told to pay, with one clinician commenting, “I have been in contact with the Home Office several times, hopeful for some guidance. I have been given different advice every time—either the IHS scrap does or doesn’t apply for dependants or it hasn’t been officially implemented and that we should apply for the visa and claim for a refund later.”

According to the DAUK, the Home Office has stated that the scrapping of the charge for NHS workers has not been made official and must therefore be paid.

This is placing an intolerable strain on key sections of NHS workers still reeling from the strain of tackling the pandemic. Around 170,000 out of 1.28 million staff in the NHS in England are non-British—almost 1 in 7. This involves 200 different non-British nationalities, with 67,000 coming from EU countries.

The only response by the Unison, Royal College of Nursing and British Medical Association unions and the Royal College of Physicians was a June 9 open letter seeking assurances from the government on its intention to scrap the surcharge. These associations represent around a million health care professionals.

Popular opposition to the government is also expressed in demands for more permanent status for migrant NHS workers. A petition launched in April by Dr. Gill Sare demanding permanent residency status for both non-EU and EU nationals has gathered over 65,000 signatures. Gaining 100,000 signatures means the issue must be debated in Parliament. The petition calls for “automatic UK citizenship” for overseas NHS workers “if they stay and risk their own lives looking after the British people during the COVID crisis … The NHS is a great institution, but one that has been under great pressure for years. It could not function without staff who come from many different countries.”

The lip service being paid to the petition by the Labour Party is cynical in the extreme. It was the Labour government which first coined the term “hostile environment” towards migrants without documentation. This was made brutal policy under the Tories and resulted in the infamous treatment of the Windrush generation from the Caribbean, who had lived, raised families, worked and paid taxes in Britain but were subjected to illegal detention and in many cases deported.

Labour is trying to adapt its anti-migrant message to the clear shift in public sentiment, after a decade in which public discourse has been polluted with xenophobia. A recent survey by researchers at the London School of Economics and Political Science showed that 60 percent of those polled supported granting permanent residence to frontline health care workers. The findings followed a survey by Focaldata showing a majority in favour of granting permanent residence to EU nationals.

The government has flatly rejected the demand for automatic citizenship rights for non-EU NHS migrants, while hailing “the valuable contributions all migrants make to the UK.” Meanwhile the “hostile environment” against migrants continues, scapegoating them for the lack of resources brought about by more than a decade of austerity.

The government defends its refusal by citing a commitment to “consistency and fairness”—an Orwellian narrative that means all migrants should be treated as second class citizens and be subjected to equally punitive treatment.

What is being demanded by migrant NHS workers is not preferential treatment, but rights which should be extended to all overseas workers. This is the only appropriate response to the government’s divide and rule offensive.

The pandemic has demonstrated to millions the vital role played by immigrant workers, even as those officially venerated as the “wealth creators”—the heads of major corporations—have been shown to be a parasitic layer served by a government that funnels billions into their bank accounts while they lay off their workforces.

The government’s defence of the NHS pay freeze also serves as a warning that, now that the clapping for “our heroes” has stopped, health workers will be left to face a resurging pandemic and a backlog of cancelled treatments and appointments with no extra funding.

The debacle over the IHS is proof of how not to conduct a fight against the government. The Labour Party and trade unions offer no defence of the working class, only a protective shield for a hated and enfeebled government. Labour leader Sir Keir Starmer was the first on his feet to congratulate Boris Johnson over the supposed U-turn on the surcharge and declare “a victory for common decency.” But no lasting victories can be won so long as the Labour Party and trade unions continue to stifle and smother resistance within the working class to the domination of the financial and corporate elite.

The demands of migrant NHS workers found a response because the government’s attitude towards them summed up everything which was rotten and hypocritical in the official displays of gratitude to key workers. Millions of workers felt that a situation could not continue where those who had given most to fight the pandemic were going to be victimised once again by a government that has underfunded the NHS for a decade and whose indifference and hostility to the fate of the population is summed up in two words: “herd immunity.”

This opposition must now find organised political expression. The Socialist Equality Party has called for the establishment of rank and file committees to guarantee safe working conditions and to oppose all attacks on jobs, wages and conditions. No aspect of fighting the pandemic can be left to the government or its de facto allies in the Labour Party and trade unions. From the science of how to contain the pandemic, to the deployment of the resources required and the protection of jobs, meeting social need must be prioritised over the preservation of an economic and social order—capitalism—that has failed on such a monumental scale.