Following reports of a hunger strike among almost 1,500 crew members over unpaid wages, the Maritime and Coastguard Agency (MCA) sent investigators onto six cruise ships still moored in British waters as a result of the coronavirus pandemic.

The MCA detained five of the ships on Saturday for numerous breaches of the Maritime Labour Convention, including expired contracts, late payment of wages, and retention of crew on board for more than the 11-month legal limit. 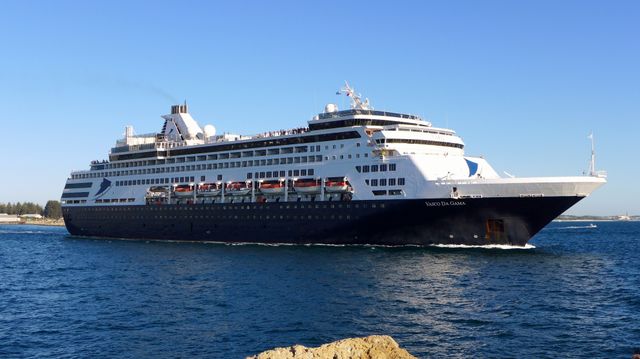 The six ships are owned by Global Cruise Lines Limited, and are operated by British-based Cruise and Maritime Voyages (CMV). Five ships, the Astoria, the Astor, the Columbus, the Vasco de Gama, and the Magellan, have been docked in CMV’s home port of Tilbury, Essex, since the onset of the pandemic. The sixth ship, the Marco Polo, is in Avonmouth docks in Bristol.

Significant breaches of regulations were found on all ships apart from the Magellan. The MCA have announced that the five ships will be detained until the breaches are resolved.

The matter came to public attention because of protests by CMV crews, who are among the many cruise ship employees who have been left stranded at sea with no clear indication of when they will be able to return home.

Indian seafarers have been particularly affected because of the hasty and ill-planned lockdown imposed by the Hindu supremacist Bharatiya Janata Party (BJP) government of Prime Minister Narendra Modi. There have been repeated complaints that attempts to organise return flights receive no response from the Indian authorities.

Following recent action by crew members of the Marella Explorer, who have now been repatriated, the Astoria’s 164 Indian crew members recently protested and issued a video demanding assistance with their return. They expressed their feelings with banners reading, “Enough is enough,” and “Frustrated—What next? Suicide??”

The Astoria sailed from Mexico in mid-February, arriving in British waters on March 10. With passengers disembarked it sailed from Poole and arrived in Tilbury March 15. The Marco Polo arrived in Bristol the following week. They have been there ever since.

Under these conditions there are increasing concerns for the mental and physical health of cruise ship crews. One member of the Astoria’s crew has already died from “natural causes,” believed to be a heart attack. Globally there have been numerous suicides reported among crew members stranded at sea.

Governmental and corporate responses have focused on what the International Maritime Organization has called an impending humanitarian crisis. So atrocious are the conditions facing the moored crews that Conservative Transport Secretary Grant Shapps—who authorised the MCA investigations and who is no friend of the working class—felt obliged to describe seafarers’ welfare as “of the utmost importance.”

CMV, having been forced to issue an apology for the situation, sought to shift the blame elsewhere. Chief executive Christian Verhounig said he hoped the public attention had “raised awareness of the plight of our crew with the various embassies” and that they would now assist with repatriation flights. He has described the crews as “understandably anxious and distressed.”

Verhounig blamed the problems on governmental responses, saying, “We fully sympathise with and understand our crew’s frustration and upset at being held under quarantine conditions onboard our ships due to the local restrictions imposed.”

Given the negligence and disregard of the Indian authorities, there is some truth in this. Several repatriation flights organised by Marella for their Indian crew members, for example, were cancelled at short notice, apparently because the government paperwork was incomplete. It is not the whole story, however.

CMV confirmed that wages had been paid late the week before the investigation, but this had “already been corrected.” The company’s position is that “the issues relating to expired crew contracts and crew being onboard in excess of 12 months … occurred as a result of the enforced lockdown period and the COVID-19 travel restrictions for some countries.”

That the same conditions existed on the Magellan, which was not detained but given 14 days to correct them, indicates something more systemic. The Astoria had in fact been due to sail to Portugal for a refit, but the voyage was prevented by the detention.

CMV, like many other tourist companies, has been hit hard by the pandemic. In the week before the MCA inspection the company had gone into emergency talks with lenders and potential investors after the collapse of discussions around a potential rescue deal.

Private equity firm Novalpina Capital had been trying to structure a new deal with CMV’s existing creditors, but this fell through when Barclays decided not to offer CMV a £25 million loan backed by the government’s Coronavirus Large Business Interruption Loan Scheme.

CMV had already borrowed €60 million from the Australian bank Macquarie in February. It is not known who else is in discussion with the company. Sky News reports that it is unclear what contingency planning exists if funding is not secured.

The trade unions have been doing their utmost to support the companies, with International Transport Workers Federation (ITF) President Paddy Crumlin saying, “We have worked with industry and the international community to offer solutions.”

Now, when seafarers are increasingly at breaking point, the ITF and its local affiliates are moving to regulate the explosive tensions. Last week, the ITF announced that it would sanction strike action by its members. This is being used as leverage to get national governments to arrange repatriation efforts, with Crumlin and ITF General Secretary Steve Cotton both declaring “enough is enough.”

Accordingly, the All India Seafarers and General Workers Union has been active in writing to the Indian foreign office demanding efforts to repatriate the Astoria crew.

While everything must be done to ensure that the intolerable situation facing the crews is ended, cruise ship workers cannot place any faith in the governments of their home countries, nor in the corporations employing them.

International seafarers must form independent rank-and-file committees across all ships and fleets to coordinate the widest possible action in defence of workers’ rights to repatriation, safe and healthy quarantine measures at no cost to the employees, and financial compensation for lost wages due to the pandemic. These committees must act in conjunction with similar organs of struggle in all countries and industries in the fight for a global socialist economy.