Lockdown in Leicester amid surge in infections throughout UK

After 11 days of delays, it was announced by the Johnson government on Monday that the city of Leicester would be placed under a “local lockdown.”

Leicester is the first city in the UK to be put under lockdown since the Conservative government began lifting lockdown restrictions on May 10. Located in the East Midlands with a population of almost 330,000, Leicester has been hit by a surge of COVID-19 infections, with nearly 950 new cases recorded since mid-June. 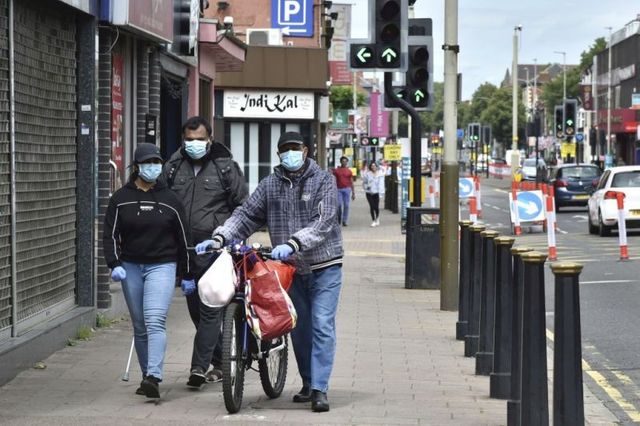 Health Secretary Matt Hancock told Parliament that schools will be shut to most children in Leicester, and shops that have reopened would now be closed for a further two weeks.

According to Leicester City Council there were 3,216 laboratory-confirmed coronavirus cases across the city since February. The 944 cases reported in the last two weeks reveal a 70.6 percent increase since mid-June. Five Leicester schools were shut last week for a deep clean as infections mounted, with members of staff testing positive for the virus.

The government was thrust into crisis over the move, as it exposes their big lie that the threat of the virus is almost over and everything can return to normal.

It was only on June 24, and without any scientific basis, that Prime Minister Boris Johnson announced the end of the national lockdown. Everything would be geared towards flinging open the remaining sections of the economy—including pubs and restaurants—on July 4 in what has been declared as “Independence Day” or “Super Saturday.”

Hancock was originally supposed to have made the announcement on Leicester’s lockdown at 5 p.m. but this was shunted back until 9 p.m., as the government tried to get its story right. He declared, “Given the growing outbreak in Leicester, we cannot recommend that the easing of the national lockdown set to take place on July 4 happens in Leicester.”

The Leicester outbreak represents one in 10 COVID-19 cases nationally, according to official figures, but at least 36 urban areas around the country have experienced a surge in infections. Data released Tuesday by Public Health England (PHE) reveals that 36 out of 151 local authorities in England alone— including entire counties —have seen a spike in coronavirus cases over the past two weeks as the government eased lockdown measures.

This was entirely predictable, with the government ignoring the warnings from many in the scientific community. Analysing the data, the Telegraph wrote, “New confirmed cases are rising in almost one in four cities and counties in England as the nation has begun emerging from lockdown.”

The capital London, home to over 10 million people, is suffering a surge in cases. Of the 36 local authorities with rising infections, nearly half (15) are London boroughs. This represents nearly half of all London’s 33 boroughs, with infections spread across the north, east, south and west, including Havering, Hammersmith and Fulham, Ealing, Hounslow, Westminster, Brent and Tower Hamlets.

According to the data, 26 areas across England had a higher week on week increase than Leicester. London borough Havering (population 257,000+) and the county of Wiltshire (470,981) in South West England have seen a 300 percent week-on-week increase in confirmed cases. Doncaster in South Yorkshire saw its cases rise by nearly 200 percent.

The disease causes the most devastation in urban working-class areas. Office for National Statistics data finds that 12 of the 23 areas with more than 5,000 residents per square kilometre have experienced a weekly rise in infections. The outbreak in Leicester is centred in the east of the city, which the Financial Times noted consists of “tight-packed housing,” where many people live with elderly relatives.

The outbreaks in Leicester and around the country expose the ruling elite’s criminality in ending the lockdown and the collusion of local authorities—the vast majority run by the Labour Party—who have turned a blind eye as the virus has ripped through meat and food processing plants and other factories where workers are enclosed in confined areas.

It was revealed over the weekend that there have been cases of COVID-19 at the Bradgate Bakery of food manufacturer Samworth Brothers. The firm employs over 9,000 workers at its sites in Leicester, Cornwall and other locations. There are 1,500 employees at sites in Madeleine Road and Ashton Green Road in the Beaumont Leys area of Leicester. Samworth is the UK’s second biggest maker of sandwiches and wraps and owns products such as Ginsters pasties and Soreen malt loaf, as well as making ready meals for retailers’ own brands. In 2018, Samworth purchased its Manton Wood sandwich business from the 2 Sisters Food Group. The 2 Sisters chicken factory in Llangefni, Anglesey, with a workforce of 560, has recorded 216 cases of coronavirus among its workforce.

Another outbreak was reported at the Pladis biscuit factory in the South Wigston district of Leicester over a week ago. A worker told the media that five staff on just one team at the plant had tested positive. The firm employs 250 staff. The employee said, “Workers are scared to take time off, management are company motivated, the factory has remained open throughout lockdown and they just keep going.”

The Sun reported Tuesday, “[I]t is understood that the outbreak originated in food processing sites—with Leicester particularly hit due to its high number of garment and sewing factories. Both the Samworth Brothers sandwich firm and Ethically Sourced Products clothes factory have been named as sites of minor outbreaks.”

The Daily Mirror reported Monday that it “understands at least five Leicester garment factories which reopened during lockdown have been forced to close again due to outbreaks of the virus among their workers.” It cited a source who said, “One of these factories had more than 20 cases including the owner himself. The owners tried to deal with it but eventually they sent their workers to be tested …

“Workers have not been furloughed [with the government paying 80 percent of their wages] and, when these factories closed, they had no money and so they went to other factories to find work. That is what is spreading the disease.”

The lockdown is a devastating indictment of the government’s decision to reopen schools, with plans for all to open in September. On Tuesday, Hancock said that one of the main reasons for imposing the Leicester lockdown was an increase in the number of under 18-year-olds who have tested positive. For the first time, the government acknowledged that children can be vectors of the disease with Hancock saying, “because children can transmit the disease, although they ae highly unlikely to get ill from the disease, we think that the safest thing to do is to close the schools …”

Leicester Council is run by the Labour Party, who despite recent criticisms that the government didn’t act fast enough in responding to the surge in local cases, is most concerned about the impact of the extended lockdown on the economy. Leicester Mayor and former Leicester South Labour MP Sir Peter Soulsby played down the surge in cases, stating, “There are no parts of the city where there are alarming concentrations but there have been more hospital admissions from east and northeast of the city.”

Many more people will be infected and die due to the reckless and homicidal strategy of the Tory government which, despite its lockdown, has carried through a policy of herd immunity that has cost around 70,000 lives so far. On the first full day of Leicester’s lockdown another 155 people were reported dead from coronavirus nationally.

Control over events cannot be left in the hands of the government and their backers in local Labour authorities and trade unions. What is required to stop the spread of the virus is the independent intervention of the working class. Plants in which there have been cases of COVID-19 must be closed immediately and remain closed until rank-and-file safety committees of workers—acting independently of the trade unions—deem them to be safe.