Seventy-five workers at Rook Row Farm in Mathon, Herefordshire, have tested positive for coronavirus. More than 200 workers employed as vegetable pickers and packers at the AS Green and Co farm are quarantined on-site.

This is the latest and one of the largest workplace outbreaks in the UK since the ending of the national lockdown by the Johnson government. It is proof that capitalist exploitation, particularly of the most oppressed sections of the working class, is the primary driver of the pandemic.

Most of the farmworkers are migrant labourers from Eastern Europe, mainly Bulgaria and Romania. This year, however, they have been supplemented by British workers who signed up under national “Pick for Britain” and “Feed the Nation” campaigns. These sought to make up a shortfall of agricultural workers caused by international travel restrictions by drawing on the UK’s own pool of vulnerable labour, those made redundant or furloughed with wage cuts during the pandemic. 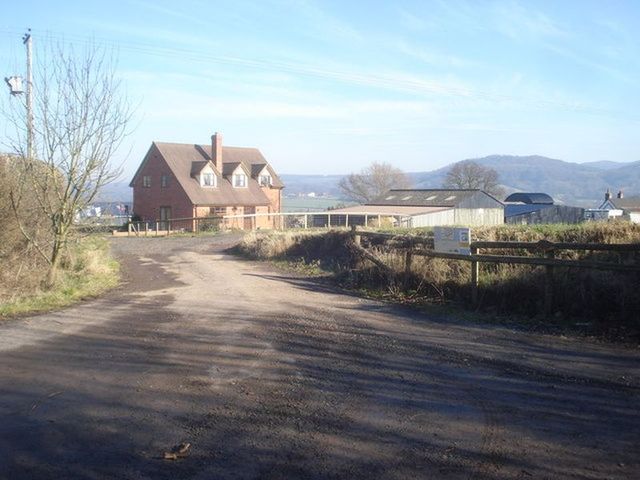 In May, Andrew Green, owner of AS Green and Co, appealed for 160 such workers: “The coronavirus pandemic has resulted in soaring demand for fresh produce, but with tighter border controls and travel restrictions in place, many UK farmers have been left with a labour shortage, putting their produce at risk. In line with the Feed the Nation campaign, we are looking for local workers to join our family team in Mathon.”

The World Socialist Web Site warned that month that workers could expect close to minimum wage for long, hard shifts—some beginning as early as 5:30am and some ending as late as midnight. They would be forced to pay for their onsite accommodation, in shared facilities that were clearly unsafe during a pandemic.

On Sunday, the Guardian published an interview with a former worker at the Rook Row farm. Karen (not her real name) shared one of 33 mobile homes, rented at a cost of £50 per week, and often worked 12-hour-plus shifts, earning £8.85 per hour for the first 48 hours a week and £11.06 thereafter. She told the Guardian these minimal wages could be reduced by financial penalties: “People were punished for getting stuff wrong or being too slow. If you were slow you had to have a day off. It didn’t happen to me, but our whole line was sent home early one day.”

Employers consider these low-wage labour forces wholly dispensable, with no regard for their safety. Karen explained, “I was isolated at the beginning but after that we were treated as one big household and you are all working together. Everyone is living and working so close together that it’s not surprising that if anyone gets Covid, it will spread very fast, and now nearly half of them have got it.”

On Monday, two more former Rook Row Farm workers, Leah Johnson and Brandon Burridge, told the BBC that they had been required to share a toilet with 60 other people. Leah said, “People were saying ‘there is only one toilet’—that is ridiculous—and it got quite gross quite quickly, and we were told [by other team members] to avoid it all costs. There was one bit of hand sanitiser in the toilet.” Additional portable toilets had to be delivered to the farm this Monday.

During the pair’s induction process, 15 people were sitting together on shared benches in clear violation of the 2-metre social distancing rule. “There was nothing about hand sanitiser, we weren’t given any. We were not allowed to wear gloves,” Leah explained.

These accounts rubbish company owner Andrew Green’s claims—made when advertising for new workers in May—that work on the farm would “provide the opportunity to work in a safe, healthy environment throughout the summer months…” But, as ever, government agencies are on hand to carry out a cover-up.

Katie Spence, Public Health England (PHE) Midlands Health Protection Director, said on Sunday, “We are working closely with the management at AS Green and Co to support the health and wellbeing of their workforce and wider public health.

“To support this workforce of around 200 key workers, the company has put in place a range of infection control measures to try to reduce the risk of staff being exposed to COVID-19.

“Measures include supporting testing on site, promoting social distancing in communal social areas and in the indoor packaging area; providing PPE [personal protective equipment] for staff where applicable, encouraging regular handwashing for at least 20 seconds, and promoting the use of face coverings in closed areas.”

This statement is made after over a third of the workforce has been infected! PHE can make such a nakedly cynical response because no opposition whatsoever to the endangering of workers up and down the country is being organised by the trade unions. On March 24, the Unite union issued a statement calling on the government to “Respect agricultural migrant workers supplying the food industry” and asking for salaries and health and safety measures to be “strictly enforced.” The union’s national officer for agriculture, Bev Clarkson, said at the time, “Today Unite is putting down a strong marker that we won’t tolerate any rogue bosses tempted to make a fast buck during this national emergency.”

Rook Row farm and multiple virus outbreaks at food processing factories show the real value of Unite’s “strong marker.” In response to events at the farm, Clarkson had to the gall to say, “We said at the start of this pandemic that this is something that is likely to happen,” before adding an apologia, “Employers say they are doing all they can but they say they can’t adhere to the guidelines on social distancing,” and calling for supermarkets to be “held accountable.”

Allowing people to fall victim to coronavirus in the workplace has obvious implications for the whole of society. Leah Johnson and Brandon Burridge’s experience working for AS Green and Co raises the danger of the virus spreading from the farm to the wider community. Having left the site on July 2, the first they heard of the outbreak was in the media. Brandon said, “I tried to ring them to ask why we hadn’t been informed [of the outbreak] as I thought it was their duty to say so.

“But we were told that our usual contacts weren’t available. The woman on the phone offered to pass on the message, but we didn’t get a response. So I emailed them but I still haven’t had a response. And we’ve been blocked from the team Whatsapp group.”

The authorities say workers who left the farm recently have been contacted and asked to self-isolate, but how many like Leah and Brandon have been left off the list?

Another danger is posed by workers leaving the site due to austere and draconian quarantine conditions, enforced with police blockades and roadblocks around the farm and by keeping migrant workers’ passports “secure”, according the Sun. The newspaper reported Monday that four workers, three of them testing positive for coronavirus, have fled the site. Herefordshire County Council claims three have left, one of them infected.

Most concerningly, North Herefordshire MP Bill Wiggin, a Conservative, confirmed on Monday that a group of workers had been driven in a minibus to a Morrisons supermarket in the local town of Malvern and a Primark clothes store, the Iceland supermarket and a Romanian store in the city of Worcester. The trip took place last week when the virus was already circulating among the workforce. It is not clear whether it was organised after AS Green and Co were made aware of the outbreak—the first case was reported to them last Wednesday, and an additional five cases on Thursday.

The Berries of Wrath: Prince Charles demands “hard graft” from furloughed workers
[21 May 2020]