About 5,000 college educators went out on strike Wednesday at 14 Pennsylvania state university campuses after contract negotiations between the faculty union, the Association of Pennsylvania State College and University Faculties (APSCUF), and the Pennsylvania State System of Higher Education (PSSHE) broke down Tuesday night. The strike affects 105,000 students. 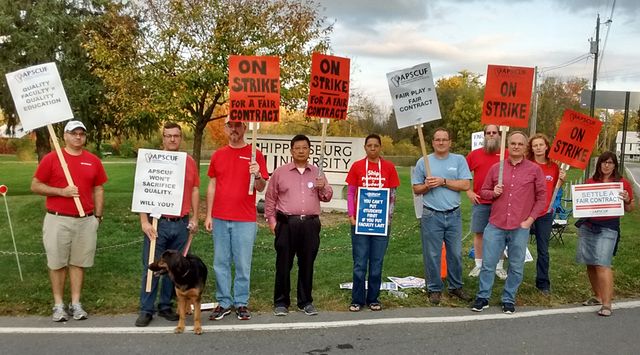 The strike is an expression of growing social opposition and anger among different sections of workers throughout the country in the run-up to the US election. In every case, the unions involved are seeking to isolate workers and prevent a political struggle against both the Democratic and Republican parties.

One of the main issues in the strike is the expanded use of temporary adjunct professors. The administration is seeking to increase the number of classes that can be taught by adjunct professors from 25 to 30 percent, and force adjuncts to teach a fifth course without any additional pay. Universities throughout the country are turning to the use of adjunct professors to cut costs.

The state system administration wants the power to hire graduate students who have not yet earned their degree, and to expand the use of online courses at the expense of classroom learning. All these measures are aimed at cutting costs and creating the conditions for laying off professors.

The PSSHE is also demanding $22 million in concessions from employee health care plans. Even before the strike, the union proclaimed its willingness to accept increased health care premiums, deductibles and medication co-pays. Making clear their determination to break the strike, the PSSHE has already cut health benefits for the striking employees.

The WSWS spokes with faculty and students on the picket lines at Shippensburg University, in south central Pennsylvania.

Steve, a professor in the Department of History and Philosophy, said, “It has been over a year without a contract and now the deal was especially unfair to part-time adjuncts.” 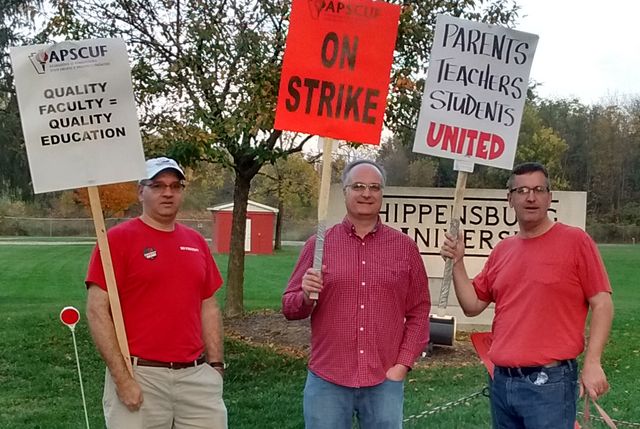 Steve of the History and Philosophy department, Bob and Blake of Management and Marketing department.

Blake, a professor in the Marketing and Management Department, said, “We are out here protecting higher education by having faculty stand together to defend it. I didn’t get a PhD to go on strike. The very best thing to have is high academic standards and protect the integrity of the schools. I haven’t heard one faculty say we should strike for money. We didn’t enter the profession for money. It is a quality issue.”

Blake added, “We are fighting for an opportunity for working-class and middle-class kids to have access” to higher education. Education in the country is “going in the wrong direction.” 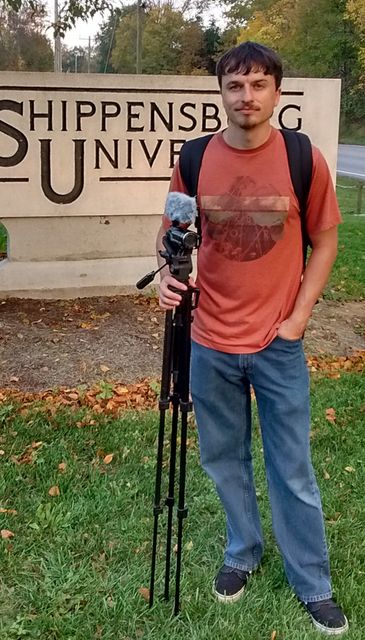 Joshua, a senior at Shippensburg, expressed his support for the faculty. “I’m on the side of the faculty and their goals for students. The state system is not in it for education but in the money business. … I would say the majority of teachers are underfunded, salaries are low, and they can’t even provide resources for students.”

APSCUF insists that the state negotiating team compelled it to strike. The union has made clear that it is prepared to capitulate, so long as a face-saving offer is made. Union president Kenneth M. Mash said that in last-minute negotiations—conducted in secret not only from the media but from professors—the union offered millions of dollars in additional salary and health care concessions.

The union coupled declarations of its readiness to agree to major concessions with appeals to the state’s Democratic governor, Tom Wolf. The union endorsed and financially supported Wolf during his election bid in 2014, claiming that he would support public education.

Wolf defeated the Republican incumbent, Tom Corbett, based largely on promises to restore funding to the state’s beleaguered public schools and university systems. Wolf has boasted of increasing allocations to the cash-starved system by 7.5 percent over two years, but state funding remains today at the level it was in 1999, and $60 million less than it was in 2007-2008, the year before the onset of the Great Recession.

In his statement, Mash spoke of Wolf as though he were an ally of the striking professors. “Through all of this, the governor has been a strong advocate for the students,” the union president said.

The attempt to portray Wolf as a friend is a fraud. He sits on the PSSHE’s Board of Governors and, as governor of the Commonwealth of Pennsylvania, is both the titular head of the state system and the individual who wields the most authority over state funding. There is every reason to believe that Wolf has collaborated closely with the PSSHE to help formulate its negotiating position.

Wolf has repaid the union bureaucracy’s subservience by condemning professors in equal measure with the PSSHE, saying that he was “extremely disappointed,” blaming the strike on the “shortsightedness on both sides.” Wolf is insisting, in other words, that professors have no right to strike even though they face massive concession demands and have been working without a contract since the summer of 2015.

Professors are facing not just state administrators, but a political system that subordinates the needs of teachers and students to the austerity dictates of the state’s wealthy elite, who dominate both political parties.

The state is propagating the lie that defending the rights of professors means increasing tuition for students. “These are difficult times for our universities,” state spokesman Kenn Marshall said. “If APSCUF won’t agree to share more of the costs for their own health care—like everyone else has—it will threaten our ability to keep tuition affordable for students.”

In fact, there are more than sufficient resources to ensure decent pay and benefits for professors and free higher education for students. However, these resources are controlled by the financial aristocracy and used for financing a military engaged in endless war abroad. The entire PSSHE budget of $444.2 million is less than the cost of three Air Force F-22 Raptors, and a small fraction of the combined wealth of the state’s ten billionaires.

Administrators at other colleges and universities, as well as both government and private employers, will be watching the strike closely. If the Pennsylvania state system professors can be forced to pay a substantially higher share for their health care, and if more work can be pushed on to low-pay faculty, similar demands will be made across the US.