A federal judge ordered whistleblower Chelsea Manning to prison on Friday for refusing to answer questions from a grand jury convened to bring charges against WikiLeaks and its publisher Julian Assange. 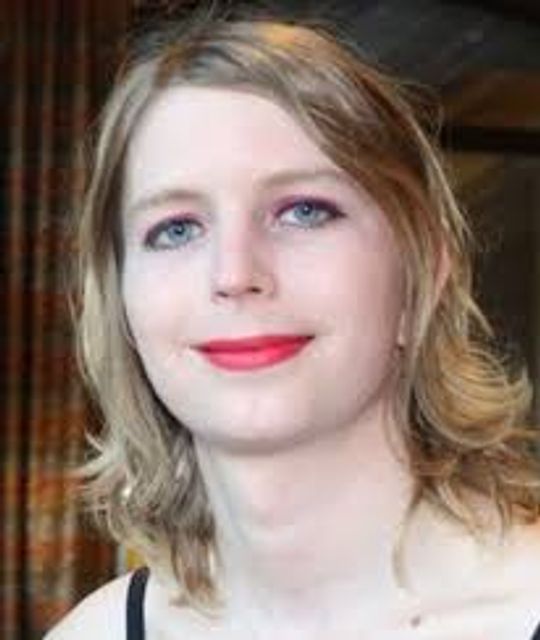 Judge Claude H. Hilton of the Federal District Court in the Eastern District of Virginia ruled that Manning must stay in prison until she testifies, and ordered her to be confined in the women’s wing of the federal detention center in Alexandria, Va.

Manning has stood firm and refused to incriminate WikiLeaks and Assange—or any other media organization and individual—over her courageous 2010 disclosure of hundreds of thousands of documents that exposed US war crimes.

Manning's lawyer, Moira Meltzer-Cohen, told the WSWS after the decision, “Chelsea's actions speak for themselves. She is a person of tremendous honor and courage, and this latest struggle is just the most recent in a long series of principled stands she has taken.”

Asked if she is concerned about the conditions Chelsea will face in jail, Meltzer-Cohen said that the government has made assurances that her health needs will be taken care of, but that "we all need to be vigilant that those assurances are made good on.”

“Chelsea suffered solitary confinement, abuse and torture, and over six years of imprisonment, for letting the American and world population know the truth. Yesterday, she once again stood firm on fundamental democratic principle and refused to assist the Trump administration in its vendetta to falsely incriminate WikiLeaks and Julian Assange. She is a heroic figure and she must be defended.

“Working people all over the world will never forget Chelsea’s courageous exposure, at vast personal cost, of the crimes of American imperialism. Amid a growing global strike wave, the Socialist Equality Party will do everything in its power to mobilize the working class to defend Chelsea, and free Julian Assange and all other class war prisoners.”

The Socialist Equality Party (SEP) in the UK is participating in a solidarity vigil organised by the Julian Assange Defence Committee on Sunday, March 10 outside Ecuador’s London embassy. The SEP in Australia is holding a rally on Sunday at the State Library in Melbourne to demand freedom for Assange and Manning. Protests in the United States are also being planned.

Manning’s bravery underscores how much is at stake in defending Assange against the intensified operation by the Trump administration and the US Justice Department to railroad the WikiLeaks leader to jail, or onto death row, for broadcasting to the world’s people the truth—which was only brought into the light of day by Chelsea Manning—about US militarism and foreign policy.

The jailing of Manning marks a further escalation of Washington’s drive to force Assange out of the Ecuadorian embassy in London, where he was granted political asylum in 2012. The Trump administration is moving to publicly unveil charges against him and demand the Ecuadorian and British governments comply with a warrant to extradite him to the US on false allegations of espionage or conspiracy.

Although Manning was offered immunity in exchange for testimony—a device employed to entice witnesses to assist prosecutors—she refused to answer any of the Trump administration’s questions, citing her rights under the US Constitution.

Manning, in a press release issued after the hearing, stated:

“Yesterday, I appeared before a secret grand jury after being given immunity for my testimony. All of the substantive questions pertained to my disclosures of information to the public in 2010—answers I provided in extensive testimony, during my court-martial in 2013. I responded to each question with the following statement: ‘I object to the question and refuse to answer on the grounds that the question is in violation of my First, Fourth, and Sixth Amendment, and other statutory rights.’

“On Friday, I will return to federal court in Alexandria, Virginia for a closed contempt hearing. A judge will consider the legal grounds for my refusal to answer questions in front of a grand jury. The court may find me in contempt, and order me to jail.

“In solidarity with many activists facing the odds, I will stand by my principles. I will exhaust every legal remedy available. My legal team continues to challenge the secrecy of these proceedings, and I am prepared to face the consequences of my refusal.”

A more principled and heroic statement could not be expected of anyone.

Judge Claude M. Hilton has now remanded Chelsea Manning, after all she has suffered, into custody as a recalcitrant witness. She could be held in contempt and jailed for as long as 18 months, or until the end of the life of the grand jury.

Earlier this week, Hilton, who was appointed to the Federal District Court by President Ronald Reagan in 1985, rejected motions by Manning’s attorneys to quash the subpoena or make the full record of her testimony public.

Horrified by what she saw of US military and diplomatic crimes following her deployment to Baghdad in 2009, Manning leaked a vast array of “classified” documents to WikiLeaks. These included the "Collateral Murder" video showing US helicopter gunships shooting down civilians, including children and two Reuters journalists.

During her 13-week court-martial in 2013, Manning testified that she acted on her own, anonymously, to send documents to WikiLeaks. She refused to incriminate Assange or WikiLeaks, despite the brutal treatment she was forced to endure. This included prolonged solitary confinement and other abuses that were condemned internationally as torture.

Manning was convicted by the military court under the US Espionage Act for leaking portions of 227 documents. With Barack Obama in the White House, Manning was sentenced to 35 years in prison—more time than anyone has ever received for disclosing classified US government records.

In one of his last acts, Obama commuted Manning’s sentence in 2017, but refused to grant her a pardon, ensuring that her conviction remained on her record. A spokesman for Trump, who was about to take office, called the decision to release Manning “disappointing” and “troubling.”

The renewed persecution of Manning confirms that the vendetta against Assange has nothing to do with the fabricated claims that WikiLeaks colluded with the Russian government to secure Donald Trump’s victory in the 2016 presidential election.

Manning was subpoenaed by the same Grand Jury in the Eastern District of Virginia that was convened in 2010 to decide whether to file charges against Assange over WikiLeaks’ publication of the Manning leaks.

Various sources have reported that the Grand Jury did charge Assange under the 1917 Espionage Act and sealed the indictment. A court document dated August 22, 2018, apparently mistakenly divulged in an unrelated case, specifically stated the case was sealed in order to “keep confidential the fact that Assange has been charged.”

Another judge, in the same court, this year declined a reporters’ group motion to unseal those charges. The federal prosecutor who tried that case, Gordon D. Kromberg, also requested the subpoena compelling Manning’s testimony.

David House, who reportedly befriended Manning in 2010, testified under immunity before the grand jury last July. He said he, too, was asked about the war logs Manning shared with WikiLeaks.

The Obama administration apparently pulled back from charging Assange over Manning’s disclosures because some of the material was published in partnership with leading corporate media organs, including the New York Times, the Guardian, Der Spiegel, Le Monde, El Pais and the Sydney Morning Herald.

Under Trump, the US authorities are seeking to overcome that problem by coercing Manning into saying that WikiLeaks conspired in the leaking of the documents.

The threat to Manning is part of a bipartisan offensive against freedom of speech, aimed at suppressing critical and independent journalism. She has taken an essential stand, in contrast to the corporate media outlets and pseudo-left groups that have turned cynically against Assange.

Manning’s plight underscores the importance of the Socialist Equality Party’s campaign to demand that the Australian government immediately intervene to secure the right of Assange—an Australian citizen—to leave the Ecuadorian embassy and return to his home country, with guaranteed protection from any US extradition request.

Support is growing. Hundreds of people participated in a demonstration in Sydney last Sunday to demand Assange’s freedom, which won the endorsement of a number of well-known intellectuals and artistic figures, including Pink Floyd co-founder Roger Waters, journalist John Pilger, and civil rights activist Stuart Rees.

The working class must come to the defence of Manning and Assange. As the line-up in Washington against them demonstrates, essential democratic rights—including freedom of speech—can be defended only by the independent political mobilisation of the working class in opposition to the pro-capitalist political parties and capitalist state.

We appeal to our readers in Australia and the UK to take part in the demonstration called to free Assange and now, defend Chelsea Manning, this Sunday, March 10, at the State Library in Melbourne at 1:00 p.m. and in the vigil outside Ecuador’s London embassy on the same day, starting at 3:00 p.m. in London.