Ash is the Purest White: Finding one’s way in “the new ‘capitalist’ China”

And Working Woman from Israel

Jia has demonstrated a concern with the fate of workers and others whose lives have been turned upside down by the full integration of China into the global capitalist economy.

However, to a large extent, Chinese artists and intellectuals have been blocked by the Maoist regime and its nationalist-Stalinist ideology and their longer-term influence from contact with genuinely left-wing ideas. None of the Chinese artists deeply understand the character and contradictions of the 1949 revolution or the recent decades of feverish, brutal capitalist economic development.

In Jia’s work, this has meant his sincere social sympathies and intuition, which direct him toward concrete and strikingly authentic individual sequences, are continually undermined by a vague and noncommittal overall approach to society and history, leaving him largely at a loss in the face of the big questions of the day. In a given film, one or the other element usually dominates, or the different impulses conflict harmfully with one another.

Ash is the Purest White, now playing in the US, has both perceptive and telling scenes, and those that seem trivial, vague, off-the-mark.

The synopsis included in the catalogue of the 2018 Toronto International Film Festival, where the film was shown, reads: “A gangster’s ex-girlfriend struggles to adapt to life and find her way in the new ‘capitalist’ China after five years in prison.”

The opening scene is one of the most promising.

In 2001, Qiao (Zhao Tao), a young woman, visits her father in a town where coal miners are being laid off and where the mine, in fact, will be closed down for good. We hear a voice doing a local radio broadcast. The language is strong: “Fight the capitalists to the end!” It turns out to be Qiao’s father. But she tells him, neither regretfully nor gloatingly, “It isn’t the old days any more.” That sets the general tone for Ash is the Purest White. 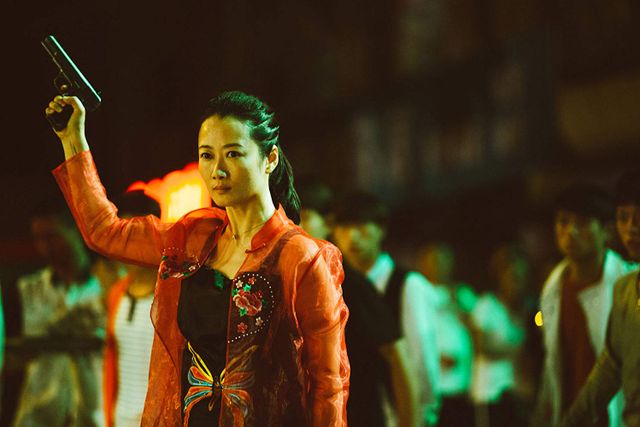 Qiao’s boy-friend is a gangster, Bin (Liao Fan, a remarkable performer), who works for a corrupt real estate developer and crime boss. When the latter is murdered, Bin rises to the top, but becomes the target of numerous attacks by rivals. During one of them, an exceptionally violent assault on a public street, where Bin is seriously outnumbered, Qiao grabs his gun and fires it in the air to disperse his enemies. Refusing, under police questioning, to identify the illegal weapon as Bin’s (“Whose gun is it?”), she receives a harsh, five-year prison sentence.

Released from prison, Qiao is a tougher, wilier customer, capable of con artistry, fraud and more. She goes looking for Bin, but he has a new love. An associate of his tells her bluntly: “Bin has a new girlfriend. He doesn’t want to see you.” They eventually do meet, however, and rent a hotel room to discuss their situation. Qiao says, “I did five years for you.” She tells him he should have been there when she got out of prison. Bin claims to be a different person, no longer a gangster like before. Their relations are at an end, and Qiao seems at a loss. She has paid a high price—and for what?

Qiao embarks on a new life, as a little businesswoman. She succeeds. Some years later, Bin turns up, now confined to a wheelchair. He’s had a stroke, mostly from drinking too much, and he’s nearly helpless. She ministers to him, and when he learns to walk again, he leaves her once more, without a word. Qiao is on her own, in cold-hearted, “free market”- and money-oriented China.

There are hints in Ash is the Purest White of R. W. Fassbinder’s The Marriage of Maria Braun (1978) and Michael Curtiz’s Mildred Pierce (1945): a woman sacrifices everything for financial advancement and gain, assuming that the love of her life has waited for her or will wait for her, and ends up with nothing.

However, my reaction upon seeing the film at the Toronto International Film Festival last fall was summed up in a note I wrote down in the dark: The unhappiness of a gangster—or a gangster’s girl-friend—is not the most important unhappiness.

There are fascinating glimpses of Chinese life in Ash is the Purest White, and other moments that do not make a strong impression at all. Why should we care about UFOs in Xinjiang, in northwest China, and old gangster rituals? Jia loses his way here. He had an opportunity to create a work about finding one’s way (or not) “in the new ‘capitalist’ China” and about the character of that “new ‘capitalist’ China,” and he didn’t take advantage of it. 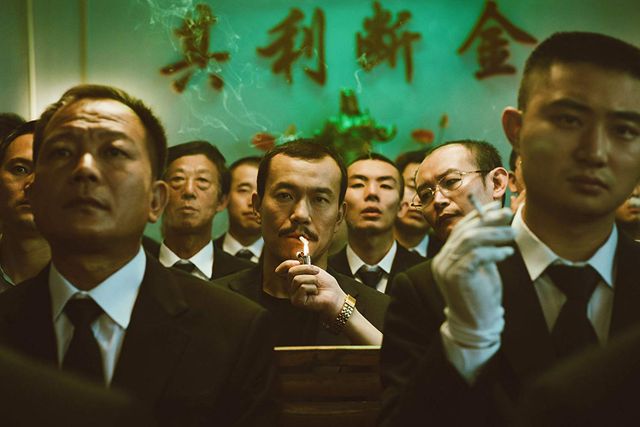 Ash is the Purest White

His director’s statement reflects the amorphousness and lack of a concrete grasp of things or orientation: “There is one place in the film which Qiao never gets to, and that’s Xinjiang in China’s deep north-west. Maybe everyone has a place like that, a place they never reach, not because it’s too far away but because it’s so hard to begin a new life. We cannot break away from our emotional ties, from the loves, memories and routines which prevent us from flying high. These bonds are like the gravity which ties us to this planet and prevents us from going off into space. An emotional gravity fixes us in social relationships, and that makes it impossible to walk away freely. And when we do struggle to break free, the result reflects our human dignity.”

Leaving the planet is not the issue, making life habitable on it is. The film has something of this character, mere intriguing shots in the dark.

Michal Aviad’s Working Woman from Israel concerns sexual harassment on the job. Obviously, this is a highly charged and contentious issue, and a great deal of rubbish has been produced on the subject, but this film has a certain ring of authenticity. 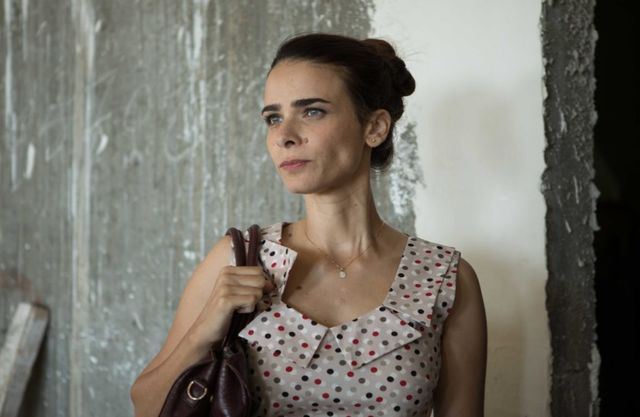 Orna (Liron Ben Shlush) has started a new career, working for a “charismatic” real estate developer, Benny (Menashe Noy), a former Israeli army commander. As she works her way into the job, making mistakes and also scoring considerable successes, her employer begins to express a personal attraction and interest. Orna is in a weak position: her husband has just opened a small restaurant, which is having difficulties, and the couple is dependent on her income. They also have a young child.

Benny’s transgressions only mount, especially after he renders Orna’s husband a favor. The latter resents it, “Keep him out of my business.” One thing leads to another; a business trip to Paris leaves Orna particularly vulnerable. “You drive me crazy,” Benny tells her, and acts on that sentiment.

Working Woman is not earth-shaking, but at least it does not descend into a puddle of self-pity and self-absorption. The director, Michal Aviad, who has spent much of her career making documentaries, explains that “the story I’m trying to tell is about the [type of] woman who is not going public. She’s not doing what the heroines of #MeToo were doing [because] she has much more to lose because of her class and the fact that she’s not famous.”

Aviad also told interviewer Stephen Saito that “I live in a society, as I’m sure you do, where women have to work full-time in order to survive. Just one salary is not enough. And in Israel under the current government, the gap between the rich and the poor has widened over the years, very similar to America, because it’s the same economic policy. The rich get richer and richer and the middle class is collapsing into lower middle class and the lower middle class collapses into the poor.”

That being the case, why does Aviad not direct attention to that most burning of issues? “Thereby hangs a tale,” as a Fool once observed.