Citing national security concerns by the Trump administration, farm and heavy equipment giant Deere & Company (Deere) is keeping all of its US plants open, despite the growing threat of the deadly COVID-19 pandemic. The United Auto Workers (UAW), which oversees Deere plants, signed a joint statement with Deere declaring their support to keep plants open.

At the behest of the Trump administration, the US Department of Homeland Security released a statement March 19 declaring “essential critical infrastructure workers” should remain working even as the COVID-19 pandemic metastasizes across the US. The statement cites a COVID-19 guidance released by the Trump administration on March 16 stating, “If you work in a critical infrastructure industry, as defined by the Department of Homeland Security, such as healthcare services and pharmaceutical and food supply, you have a special responsibility to maintain your normal work schedule.” Such work, the Homeland Security document adds, is deemed vital to US “economic and national security.” 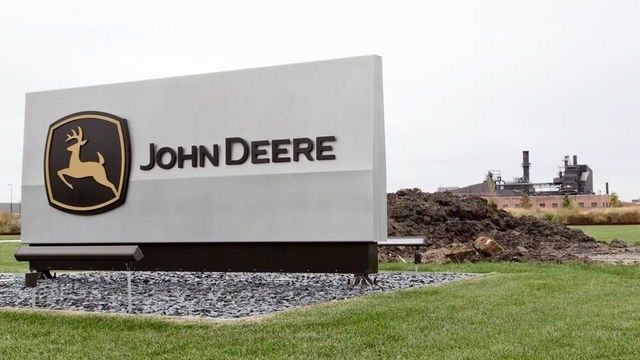 Other companies such as the United Parcel Service (UPS) and defense contractors have also received this special status. Meanwhile, companies across the US are seeking to become part of this coveted group. Pet store companies, marijuana dispensaries, auto dealerships and even video game retailers are vying for this category in an effort to keep profits flowing. In a statement on auto companies, Trump said in a call with state governors on Thursday, “We’re watching the auto industry very much. We’re going to be helping them out at least a little bit and they’ve sort of requested some help, and it wasn’t their fault what happened. So we’ll be taking care of the auto industry.”

The administration’s guidance, however, appears to have little, if any, legal force. Electric vehicle maker Tesla attempted to operate its plant in Fremont, California, during a lockdown in northern California on the same pretext, but an intervention by the local sheriff’s office forced them to limit and then shut down production entirely.

But in using the memo to justify remaining open means the continued reaping of profits for Deere’s executives and stockholders, even as Deere workers will be subjected to illness and possible death. The rapid spread of the virus, fueled by the Trump administration policy of malign neglect which has done nothing to stop it, means it is not a matter of if a COVID-19 breakout will occur in one of the plants, if it hasn’t already, but when.

In Illinois, home to two large Deere plants in the city of Moline, Governor J.B. Pritzker announced a statewide shelter-at-home in effect today. It is possible, perhaps likely, that the Pritzker government and Deere’s executives were in discussion before the shelter-at-home announcement was made, and that Deere was seeking from the Trump administration its special status before the announcement.

The 11,000 Deere workers located in the US manufacture lawn care equipment, construction equipment, agricultural equipment like tractors and combines, of which the latter are sold on international markets. The Trump administration categorizes Deere workers as essential because of the production of agriculture equipment tied intimately to food production of the US. The nearing planting season of the Midwest, known as the “bread basket of the world,” means agriculture equipment such as those produced by Deere will be used to plow, sow fields and harvest crops. Wheat, soybean and corn production, of which the US is the leader or close second, form the basis of a multitude of foods and items internationally and spur sales worth billions.

Given the importance of agricultural equipment for food production, it is possible that at least some level of production at John Deere plants may be necessary, while taking the utmost precautions for the workforce, in order to feed the American and world population under conditions where groceries are already running low on stock. Such issues, however, are hardly considered at all in the calculations of the federal and state governments and the major corporations.

Moreover, the use of “national security” measures to justify keeping business open during the pandemic has ominous implications. The Trump administration is reportedly trying to establish an American monopoly over a coronavirus vaccine and is deliberately exacerbating the impact of the disease in Iran by leaving sanctions in place. There can be no doubt that the invocation of such measures is bound up with its attempts to turn the pandemic in some way to the advantage of American imperialism. The declaration of workplaces as “critical infrastructure” could also become the prelude to placing large sections of the workforce at these facilities under police guardianship, similar to conditions which prevailed during World War II.

The corrupt UAW fully backs Trump’s forcing of Deere workers to continue working. A joint letter published yesterday, signed by Ray Curry, secretary-treasurer of the UAW, and Bradley D. Morris, vice president of global labor relations and continuous improvement at Deere, echoed the decree of Homeland Security and acceded to its demand.

The UAW cynically claimed to workers in the joint letter that the “health and safety” of workers is their highest priority, but recent events prove that nothing could be further from the truth. The UAW forced autoworkers to continue working in their plants despite the immediate threat of COVID-19. Fiat Chrysler (FCA) and the UAW forced autoworkers in Kokomo, Indiana, to stay on the job even after a worker tested positive for the virus at their plant. Other workers at FCA Sterling Heights Assembly in Michigan stated the plant ran out of hand soap, putting workers at risk of contracting the virus.

To protect themselves and their fellow workers, auto workers at multiple plants in different states responded by going on wildcat strikes against the auto companies and the UAW.

Deere workers must now begin forming rank-and-file committees, democratically led by the most trusted and principled workers, to fight for what workers need, not what Deere believes can be conceded to them. These committees must link up with workers in the auto industry and develop a comprehensive plan to halt the spread of the virus and ensure the safety of workers.

Shut down the auto industry to halt the spread of coronavirus!
[14 March 2020]