His many published works include: The Heritage We Defend; The Crisis of American Democracy; In Defense of Leon Trotsky; The Russian Revolution and the Unfinished Twentieth Century; The Frankfurt School, Postmodernism and the Politics of the Pseudo-Left and A Quarter Century of War.

Books
1988
The Heritage We Defend

The origins of this work lie in the political struggle waged by the ICFI and the Workers League, the predecessor of the Socialist Equality Party (US), from 1982-1986, to defend Trotskyism against the nationalist opportunism of the ICFI’s former British section. It establishes the continuity of orthodox Trotskyism in the political struggles inside the Fourth International in the 20th century.

Read
2014
The Russian Revolution and the Unfinished Twentieth Century

One hundred years after the outbreak of World War I and the Russian Revolution, none of the problems of the 20th century—devastating wars, economic crises, social inequality, and the threat of dictatorship—have been solved. In fact, they are posed even more sharply today.

Read
2010
In Defense of Leon Trotsky

In this book, North defends Trotsky’s legacy against the campaign of historical falsification begun by Stalin and continuing to this day. While Stalin assassinated Trotsky in 1940, he was unable to silence the Fourth International, founded to embody the revolutionary heritage of 1917.

Read
2015
The Frankfurt School, Postmodernism and the Politics of the Pseudo-left: A Marxist Critique

The polemical essays in this volume examine the complex interaction between history, philosophy and politics. The author defends historical materialism against contemporary anti-Marxist philosophical tendencies related to the Frankfurt School and postmodernism.

Beginning with the first Persian Gulf conflict of 1990–91, the United States has been at war continuously for a quarter century. While using propaganda catchphrases, such as “defense of human rights” and “War on Terror,” to conceal the real aims of its interventions in the Middle East, Central Asia, and Africa, as well as its confrontation with Russia and China, the United States has been engaged in a struggle for global hegemony.

Buy
1982
Leon Trotsky and the Development of Marxism

This work was written from October- to December, 1982, on the fifth anniversary of the assassination of Tom Henehan, a member of the political committee of the Workers League, the forerunner of the SEP (United States). It reviews the historical and political foundations of the Trotskyist movement in the 19th and 20th centuries.

Read
1989
Perestroika versus Socialism: Stalinism and the Restoration of Capitalism in the USSR

Read
1990
Introduction to The Revolution Betrayed

A single reading of The Revolution Betrayed will still yield more knowledge of the structure and dynamics of Soviet society than would be acquired from a systematic review of the countless thousands of volumes which bourgeois “Sovietology” has inflicted on the public over the last few decades.

On February 12, 1996, the Workers League announced its decision to found a new political party, the Socialist Equality Party. This report by National Secretary David North to a meeting of the Workers League membership elaborates the political and theoretical foundations for the transition to the SEP.

On Saturday, May 4, 2019, the ICFI held its sixth annual online May Day Rally. It heard speeches on different aspects of the world crisis of capitalism and the struggles of the international working class from 12 leading members of the world party and its sections and sympathizing organizations around the world

North spoke at a lecture series organized by the IYSSE in the United States, “The threat of fascism and how to fight it.” The meetings were addressed by Christoph Vandreier, the assistant national secretary of the Socialist Equality Party of Germany. “If you agree with our analysis,” North said, “you've got to decide what you're going to do.”

“There is no element of exaggeration in the assertion that in the realm of philosophy, economic science, historiography, social theory and politics, Marx is the most significant figure of the modern era,” North said.

“In opposition to the capitalist solution, the necessary and unavoidable response of the working class in all the imperialist countries was world socialist revolution.”

Watch
April 2016
Introduction to A Quarter Century of War: The US Drive for Global Hegemony 1991-2016

“Far from being an end of history,” North said, “what we are witnessing today is the repetition on a higher scale of the very conflicts which produced the catastrophes of the 20th century.”

The assassination of Leon Trotsky ranks among the most politically consequential crimes of the twentieth century, with far-reaching implications for the international working class and the world socialist movement.

More
History of the Fourth International

The following is the introduction to the recently translated Turkish edition of In Defense of Leon Trotsky, written by the book’s author, David North, chairman of the international editorial board of the World Socialist Web Site. The book was originally published in 2013.

Eighty Years of the Fourth International: The Lessons of History and the Struggle for Socialism Today

On October 7, David North, International Editorial Board chairman of the World Socialist Web Site, delivered the following lecture to a well-attended public meeting in Colombo, organised by the Socialist Equality Party (Sri Lanka).

On the 80th anniversary of the founding of the Fourth International

The founding of the Fourth International on September 3, 1938, was an event of great historical significance and contemporary relevance.

In Memory of Keerthi Balasuriya

Notwithstanding the immense political and economic changes of the past two decades, the issues and problems with which Keerthi grappled remain no less urgent and relevant today than they were at the time of his death.

Seventy-eight years since the assassination of Leon Trotsky

Security and the Fourth International, the Gelfand Case and the deposition of Mark Zborowski

One Hundred and Fifty Years Since the Birth of Lenin

Today marks the 150th anniversary of the birth of Vladimir Ilyich Ulyanov in the Russian city of Simbirsk on April 22, 1870. Known in history under the name of Lenin, he was the founder of the Bolshevik Party, leader of the 1917 October Revolution and, undoubtedly, a towering figure in the political and intellectual history of the twentieth century.

Lenin, Trotsky and the Marxism of the October Revolution

David North, chairperson of the International Editorial Board of the World Socialist Web Site and of the Socialist Equality Party (US), delivered this lecture at the University of Leipzig on March 16.

Final reflections on the centennial year of the October Revolution

The commemoration of the centenary of the October Revolution reflected the political interests and outlooks of different class forces.

Socialism and the centenary of the Russian Revolution: 1917-2017

David North, Joseph Kishore•3 January 2017
Marxism versus the politics of the pseudo-left 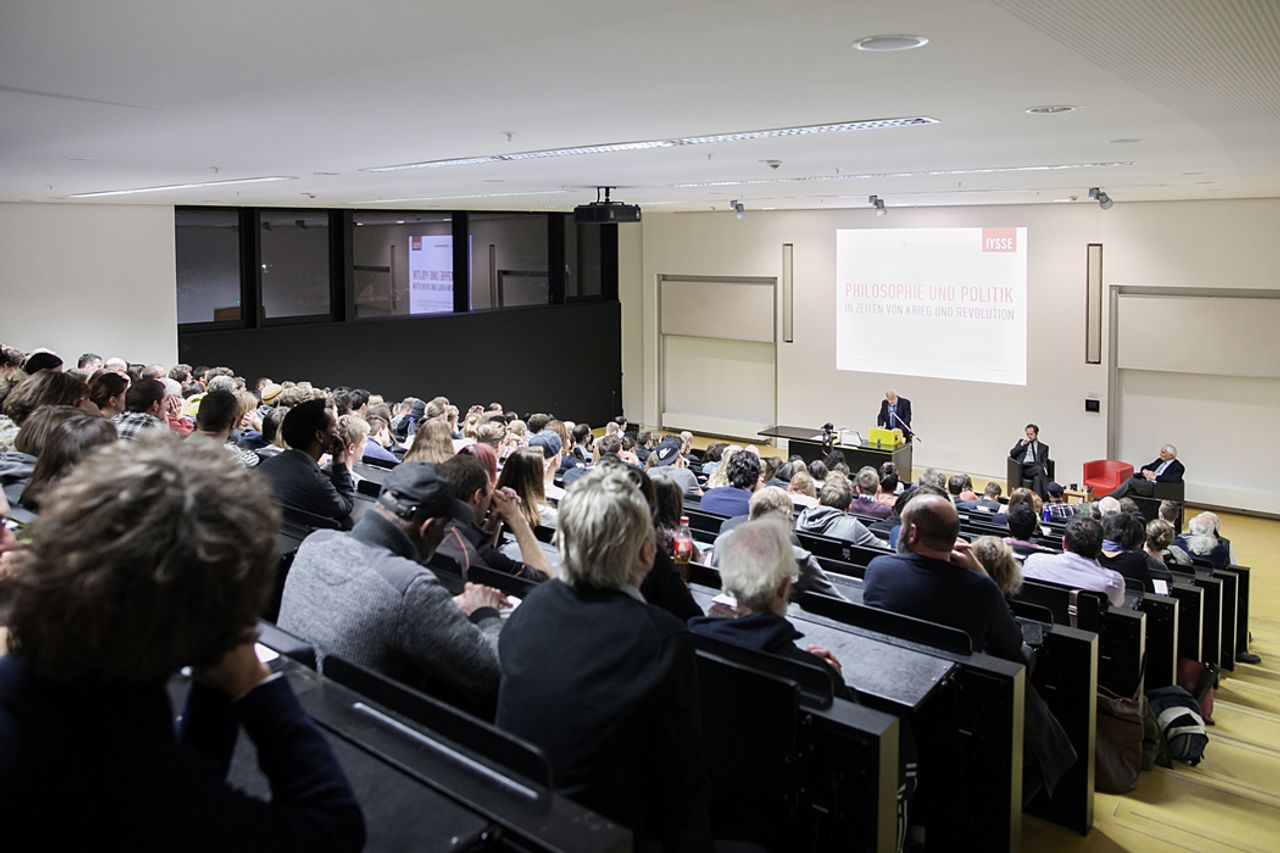 Philosophy and Politics in an Age of War and Revolution

This lecture by World Socialist Web Site International Editorial Board Chairman David North was delivered in German on October 22 at the Goethe University in Frankfurt. North spoke at the invitation of the International Youth and Students for Social Equality.

The theoretical and historical origins of the pseudo-left

This 2012 report by WSWS International Editorial Board Chairman David North provides the critical theoretical and historical background to the events in Greece, where the pseudo-left Syriza has risen to state power and rapidly capitulated to the European banks. 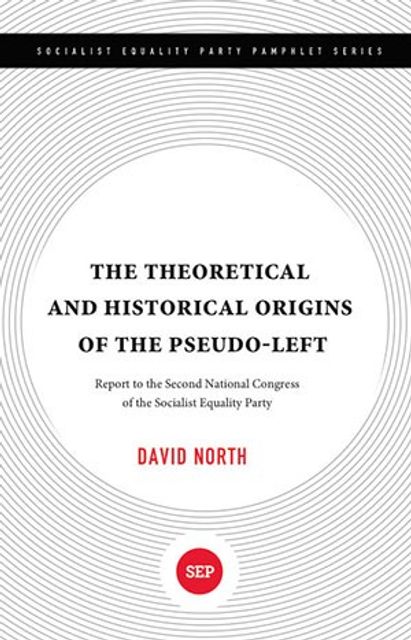 Following a presentation of the new German edition of The Frankfurt School, Postmodernism and the Politics of the Pseudo-Left, North was interviewed by the newspaper Schattenblick on the theoretical and political issues addressed in his book.

Foreword to The Frankfurt School, Postmodernism and the Politics of the Pseudo-Left: A Marxist Critique

The polemical essays in this volume examine the complex interaction between history, philosophy and politics. It is vital reading for those who wish to deepen their knowledge of classical Marxism. 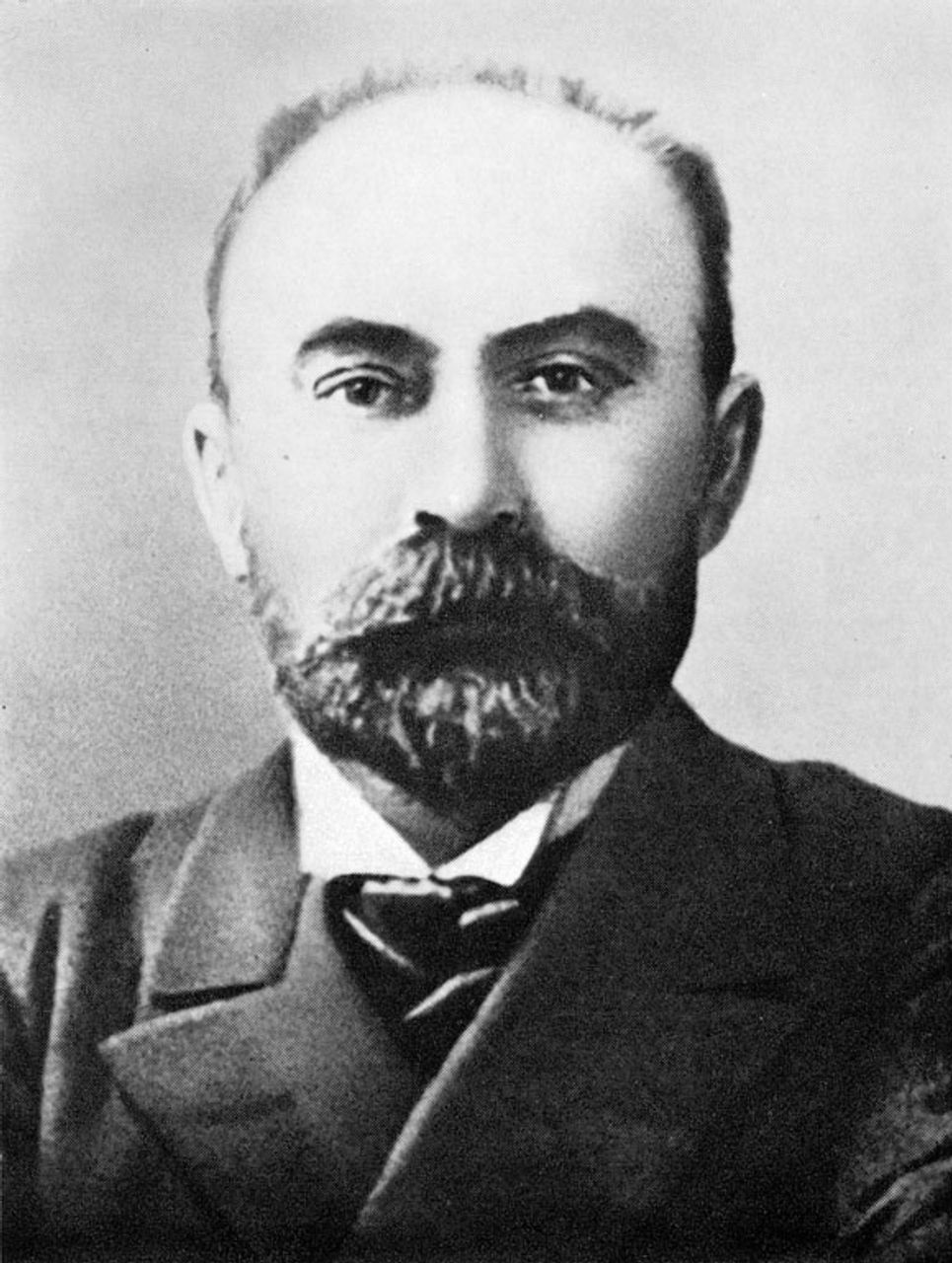 Georgi Valentinovich Plekhanov (1856–1918): His Place in the History of Marxism

On December 11, the international socialist movement marks the 160th anniversary of the birth of the “father of Russian Marxism,” Georgi Valentinovich Plekhanov.

Marxism versus revisionism on the eve of the twentieth century

Marxism, history and the science of perspective

The bicentenary of Marx’s birth, socialism and the resurgence of the international class struggle

The year 2018—the bicentenary of Marx’s birth—will be characterized, above all, by an immense intensification of social tensions and an escalation of class conflict around the world.