US and Europe escalate provocations against Russia

This weekend’s EU summit in Brussels marked a major escalation of threats against Russia, raising the specter of full-scale war between Russia and NATO.

US steps up Mideast military intervention

In bombing ISIS targets in Iraq around the town of Amerli, the US carried out its first military action in coordination with Shi’ite militia forces.

Who is responsible for the murder of James Foley?

More on the crisis in Iraq and Syria »

Netanyahu has faced criticism from within his Likud party and his coalition government for calling off military action short of his declared intention of obliterating Hamas and without consulting his security cabinet.

Gaza truce sets stage for deepening of crisis in Israel

More on the War in Gaza »

India’s new BJP-led government is seeking to rewrite the “ground rules” of its relations with arch-rival Pakistan.

Another homicide at hands of New York City cops

The New York City medical examiner has determined that the death of Ron Singleton, who died while in police custody just four days before Eric Garner’s killing, was another NYPD homicide.

From Detroit to Ferguson: The brutal face of American capitalism

The brutality at Rikers is part of a system-wide, institutionalized policy.

Wages for low-wage male workers have fallen more than 31 percent since 1979.

According to a lawsuit filed by immigrant and civil rights groups, since February “between five and ten children deported to Honduras by the United States have been killed.”

Assault on immigrants in the US »

Algerian immigrant killed by French police while being deported 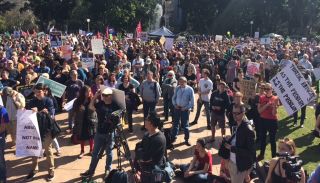 Protest organisers have been trying to divert public hostility to the budget into the dead-end perspective of electing a Greens-backed Labor government.

Colombo’s expulsions violate international law and the principle of “no-forced-returns.”

The goal of German airline and rail unions, including smaller unions like Cockpit, is to maximise the profits of Lufthansa and German Railways at the expense of the workforce.

Seventy-five years since the outbreak of World War II

Under conditions of mounting social tensions and deepening economic crisis, the imperialist ruling classes are recklessly pushing the conflict over Ukraine to the point of open warfare between NATO and Russia.

More on the Detroit Bankruptcy »

This Week in History: September 1-7 The elections had been called to demonstrate backing for the anti-apartheid reformist measures of National Party leader F. W. de Klerk, and to prepare the way for the entry of the black elite into joint rule via the still-illegal African National Congress. 50 years ago: US leftist Elizabeth Gurley Flynn dead at 74

The “Rebel Girl” of the Industrial Workers of the World (IWW) died September 5, 1964 at the age of 74 in Moscow, where she was visiting in her capacity as chairman of the Communist Party USA, a position she had held since 1961. On September 1, 1939, the world was plunged once more into imperialist barbarism, just 21 years after the end of the First World War. 100 years ago: First Battle of the Marne ends German offensive

On September 6, 1914, British and French forces counterattacked against the German army and brought to a halt its month-long offensive against France, which had reached the outskirts of Paris. 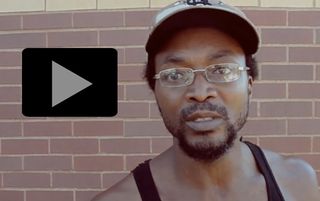 Video: Interviews with workers at the funeral of Michael Brown in St. Louis

In this on-the-spot report, the WSWS interviews some of those attending Brown’s funeral on Monday.

This is the main resolution of the Third National Congress of the Socialist Equality Party (US), adopted unanimously on August 5, 2014. 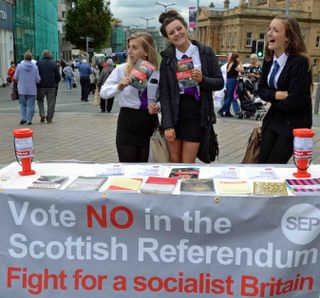 The collapse of the French government: A crisis of capitalist rule in Europe