Obama marshals allies for war on Syria and Iraq

Washington’s claims to have “universal support” cannot obscure the fact that it is waging another war of aggression based on lies.

US generals challenge Obama on ground troops in Iraq, Syria

More on the crisis in Iraq and Syria »

Australia’s largest-ever police-intelligence raids are being used to justify the introduction of further draconian provisions.

About one million people did not vote, reflecting the widespread hostility of working people to the political establishment and its agenda of austerity and militarism.

Hundreds of thousands of demonstrators took to the streets in New York City to demand action on climate change.

The impact of climate change—“This is a great injustice”

University leaders voted 8-1 to rescind a job offer made to Steven Salaita, provoking protests and an academic boycott of the university.

Twenty-six US school districts have received military hardware under the Defense Department’s 1033 program.

The NATO plan to establish a cordon of Western troops along Russia’s eastern border makes clear that the primary aim of the ceasefire is to buy time for the Ukrainian army to reorganise its forces.

The collapse of the French government: A crisis of capitalist rule in Europe

Four days before his death on September 10, Emilio Botín invited Spanish journalists to a dinner at which he revealed his fears about the “radicalisation” of Spain.

The Alibaba IPO frenzy: Symptom of a diseased economic order

The frenzy surrounding the Alibaba IPO, which saw the accumulation of vast fortunes based on a company that has invented nothing and developed no new technology, is an expression of the parasitism at the centre of the global economic system. Having embraced nationalism in Scotland, Britain’s fake-left groups are emerging ever more openly as right-wing tendencies.

Public meetings in Scotland: After the independence referendum, lessons for the working class

The Struggle Against War

Socialist Equality Party campaigns against war in Detroit and Minneapolis

Socialist Equality Party campaign teams spoke to workers and young people in Detroit and Minneapolis last weekend to promote the upcoming lecture series on the danger of world war.

On September 13 and 14, the Partei für Soziale Gleichheit (Socialist Equality Party) held a Special Conference Against War in Berlin. The following resolution was adopted unanimously by the delegates. 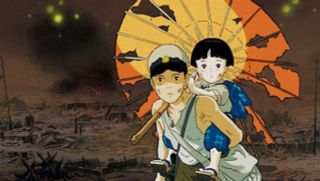 Grave of the Fireflies: Two children fighting for survival in wartime Japan

Produced over 25 years ago, the Japanese animation feature is a unique and emotionally intense story set in Kobe during the last months of World War II.

More on the Arts »

The NPA cynically claims that, now that the bourgeois “left” Socialist Party rules France, France’s bloody wars in Africa are driven by concern for Africa’s security.

After 21 years of collaborating in the destruction of teachers’ jobs and conditions, Detroit Federation of Teachers president Keith Johnson announced his retirement earlier this month.

Climate change and the capitalist system

This week in history: September 22-28 25 years ago: Hundreds of thousands protest apartheid in South Africa

On September 22, 1989 and over the next several days, hundreds of thousands marched against apartheid throughout South Africa. On September 24, 1964, the official presidential committee convened to investigate the events surrounding the assassination of John F. Kennedy released its findings in an 889-page report. 75 years ago: Japan suffers defeat in Battle of Changsha

The occupying Japanese army launched a fresh offensive in southern China against Changsha, the capital of Hunan province, on September 24, 1939. On September 22, 1914, German warships attacked Papeete in French Polynesia, as the bloody battles of the first month of World War I reached Tahiti in the Pacific.

The “Detroit Homecoming”: City planning by and for the billionaires

A select group of billionaires and wealthy private foundations gathered at an invitation-only event this week to plan Detroit’s future.

More on the Detroit Bankruptcy »

In this video, WSWS writer Andre Damon explains why now more than ever the World Socialist Web Site needs its readers' financial support. 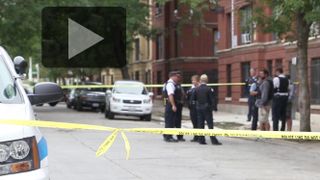 The social crisis behind the rise in Chicago street violence