Some 230,000 people are now internally displaced in Ukraine due to the civil war unleashed by the Western-backed regime in Kiev.

Australian pseudo-lefts line up behind US war preparations against Russia 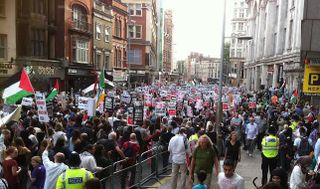 Protesters denounce UK and US support for Israeli military massacres

Thousands of protestors gathered outside the Israeli embassy in London, Friday, to express their opposition to Israel’s attacks on the Gaza Strip

Third week of protests in New Zealand over Gaza invasion

Gaza, Ukraine and the fraud of “human rights” imperialism

More on the war in Gaza »

A blast at an aluminum plant in eastern China on Saturday morning has left 71 dead and nearly 200 injured.

Behind the façade of bitter partisan divisions, the two big business parties are united in attacking the social conditions and democratic rights of the working class.

US immigration attorney: “I deal with great numbers of children and young adults fleeing violence and poverty”

The World Socialist Web Site spoke with a prominent attorney in Los Angeles who specializes in immigration cases.

A crime against humanity on America’s border

US markets in biggest fall for six months

US markets fell this week on fear that the Fed may tighten interest rates sooner than expected and a report showing a rise in labour costs.

A New York judge ruled that the US government has jurisdiction over all data stored overseas by US companies.

A law unto themselves: The CIA and the torture cover-up

The authorities admit that the death of the Staten Island man was caused by a police chokehold.

German expenditure for weapons research has more than doubled since 2010

The growing involvement of universities in military research projects is a component of the return of German militarism.

The assembly’s composition is another indication that the army intends to cling to power for a protracted period.

The slaughter in Gaza: A warning to the international working class

The war crimes being carried out in Gaza today are the most brutal expression of what is being prepared against the international working class.

It is with immense sadness that we announce the death of Guy Charron, a leader of the Socialist Equality Party (Canada) and a daily collaborator in the work of the WSWS.

One hundred years ago, the social democracy’s vote for war credits in World War I sounded the death knell of the epoch of national programs for the working class.

Are you ready for nuclear war?

This is the question that everyone should be asking him- or herself in light of the developments since the destruction of Malaysian Airlines Flight MH17. 25 years ago: US and Mexico agree on debt-reduction plan

August 7, 1989, a high-level meeting in Mexico City between US and Mexican officials resulted in a debt-reduction agreement devised to safeguard the interests of the most powerful US banks. 50 years ago: US Congress passes Gulf of Tonkin resolution

On August 7, 1964 the Senate and the House of Representatives passed a resolution giving the president virtually unlimited authority to escalate the US war in Vietnam. 75 years ago: US establishes War Resources Board

As the ruling class of the United States readied for all-out war, the Army and Navy commands announced on August 9, 1939 the formation of the War Resources Board.

In the opening days of World War I, the military forces of Germany crossed the border into Belgium August 4, 1914 as part of a flanking operation against French forces.

The original Planet of the Apes (1968), directed by Franklin J. Schaffner, with Charlton Heston and Roddy McDowall, was fairly silly, but it was not mean-spirited and had a certain humor to it. 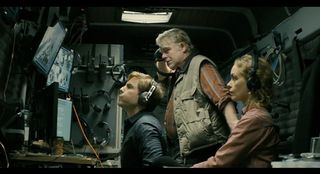 Interview with Professor Ian Duncan on Sir Walter Scott: The novel “as a kind of total environment of human life”

Mad Men, season seven, first half: A step forward for US television?

The Detroit Water and Sewerage Department held a public relations event on the city’s impoverished east side as it prepares to resume mass water shutoffs.

Wave of traffic fatalities in Detroit highlights disrepair of infrastructure